It is hard to believe that it has only been one week since the Black Sea ‘grain corridor’ was effectively signed into existence, so much has happened in that time. As expected, the market viewed the news of the corridor as bearish and saw the wheat market slump 47c/bu on anticipation of a flood of Ukrainian grain hitting the market. Less than 24 hours later, Russia fired cruise missiles into the major port of Odessa which completely derailed any hopes of an amicable agreement. Since that time, amidst much jawboning, Russia has also targeted the port of Mykolaiv. Combined, the two port zones represent 90% of Ukraine’s export capacity.

As of today, the agreement is still intact, albeit hanging by a thread.  Ships have been loaded and are expected to sail from Ukrainian ports as early as tomorrow.  A joint coordination team has been set up in Turkey to oversee the loading,  passage and standard operating conditions for the corridor.  A workable solution is still being hammered out, largely being driven by the UN and Turkey who are keen to set a template for shipping companies to follow.  In the short term, it is hard to see Ukraine setting any records for export pace with volumes expected to remain low.

With all this going on, the weather forecast is getting a lot of market analysts hot under the collar.  The forecast temperatures in the US corn belt and in Europe have turned decidedly dire with extreme heat and little to no rainfall predicted for the next two weeks.

The heat during pollination and grain fill in the US is particularly poorly timed, especially for the Western corn belt states of Nebraska and Kansas which had been experiencing drought.  The Eastern corn belt states of Iowa, Minnesota and Illinois had some rain last week which may insulate the crop from the worst of the temperatures. Some analysts have the corn yield sub 170bu/ac which would be a very strong upward price signal.

European corn is in a similar boat.  The crop is already said to be below the 5 year average and is likely to be sub 60Mmt.  Consumption is around 78Mmt so a substantial import program is required, which would normally originate from Ukraine – however this year the availability of Ukrainian stocks is obviously impacted.  European exports are flying out the door, so it seems that demand rationing is only a matter of time.

It feels like the pendulum has swung towards a more bullish market environment.  Russian actions in the Black Sea will keep a risk premium built into the market and a hot and dry Northern Hemisphere will keep the corn bulls well fed. 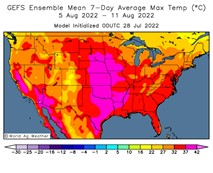 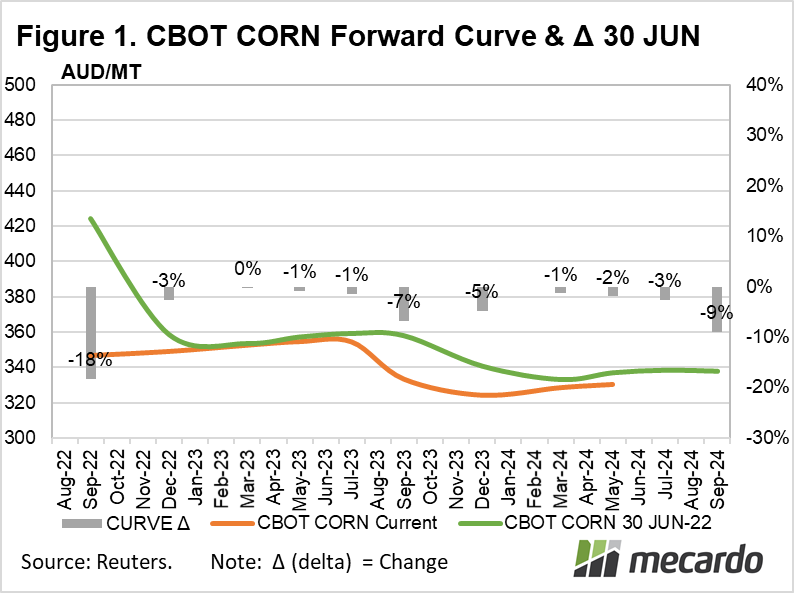