The numbers at yards are picking up and the numbers following the $ sign are impressively still rising too. In a real sign of market strength, all key lamb and sheep price indicators are currently trading above a year ago levels.

The Eastern States Trade Lamb Indicator (ESTLI) gained another 26¢, or 3% on the week to 824¢/kg cwt. The ESTLI is currently sitting 21% above where it was just four weeks ago. The market wasn’t quite as rosy in the West, with all categories of lamb and sheep seeing prices 30 to 80¢ lower. The Western Australian Trade Lamb Indicator lost 42¢ to 585¢/kg cwt.

Export buyers were in hot pursuit of heavy lambs this week. The Heavy Lamb Indicator on the east coast lifted 40¢ to 810¢/kg cwt. It’s still trading at a discount to Trade Lambs, but the gap appears to be narrowing, with just a 2% spread between the two this week. Lamb exports in September have shown some resurgence thanks to the US and the Middle East. More on this to come in another article, but it does spark optimism for the heavy lamb market, especially after its recent poor performance.

Restocker lambs also received a good run in the southern half of the country. Not surprising given La Niña delivered to many areas more rain in 24hours than they usually see in the month of October. The National Restocker lamb Indicator rose just 2¢ to 852¢/kg cwt.

48K lambs were yarded in Victoria last week, which was an 18% lift to the previous week. The week on week jump in throughput in NSW and SA was even larger, rising 30% and 80%, respectively. This brought total east coast Yardings to 216K; 30% higher volumes than the same week last year.

Lamb and sheep slaughter numbers were back marginally in the big states. Combined sheep and lamb processing was 3% under week ago levels and is still tracking below both year ago and the seasonal five-year average levels, which provides reason to the higher prices.

The most recent dump of rain will provide plenty of opportunities for producers to hold onto lambs and stagger sales which will help take the pressure off the market during the spring flush. It was this time last year though that the market began to fall, so next week will be a test of whether current levels are the peak of spring. 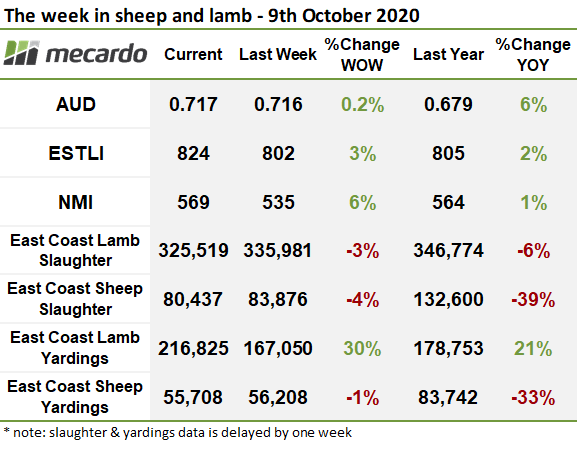 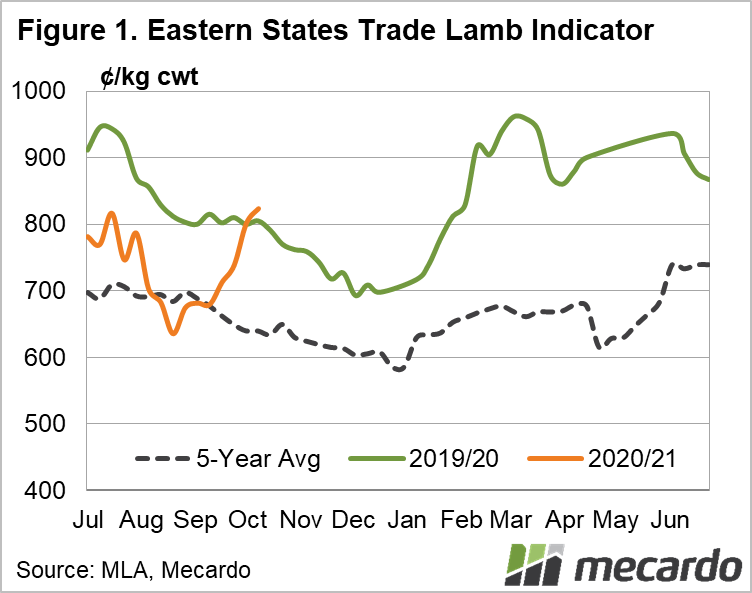 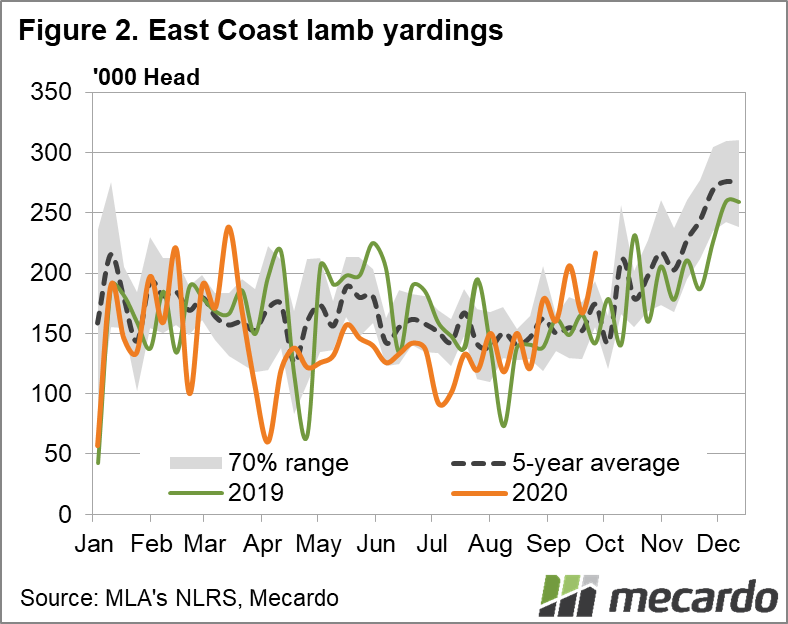