How long does it take to rebuild the herd?

A query we received last week posed a few curly questions, the main one being the question around the length of the herd rebuild, and when store cattle might become affordable again. Obviously, this depends on a lot of factors, but we can make a raft of assumptions and look at historical rebuilds and see what we find.

There has been some changes to the Australian Bureau of Statistic slaughter data, with a transition from monthly to quarterly reporting.  While this means we won’t have the regularity of monthly female slaughter numbers from the ABS and will have to wait until November for the next figures, up until  June the herd was theoretically still in liquidation.

Price action since June suggests the herd rebuild has started, and the female slaughter ratio (FSR) should be falling. The FSR is simply the proportion of cattle slaughtered which are female.

A FSR under 47% has historically been an indicator of the herd building.  The lower the FSR the harder & quicker the rebuild, and consequently higher restocker values.  With the herd having been smashed to a 28-year low, it will obviously take longer to rebuild this time back to sustainable levels.

Over the last 20 years, we have seen five years of significant herd rebuilding, where the increase has been over 2%.  All bar one of these stronger building years coincided with the FSR dropping to 45% or below.  Meat & Livestock Australia are forecasting herd growth of between 1.8% and 3% from 2021 to 2023, which will require the FSR to remain around 45% or below for the next 3 years.

A low FSR translates into relatively high store prices, but the length of ‘extreme’ store price doesn’t necessarily match the length of the herd rebuild.  Figure 2 shows the Eastern States Heavy Steer Indicator spread to the Eastern Young Cattle Indicator (EYCI). This equation acts as a measure of finished cattle prices (on the hook meat prices) versus young cattle prices and gives an idea of how expensive young cattle are relative to finished cattle. The model also provides  a proxy model for young cattle demand.

The latest herd rebuild, in 2017, was only significant for one year, but the Heavy Steer discount was in the 10-15% range for 18 months.

It was back in March when the EYCI rallied, pushing the Heavy Steer discount below 10% and even spending some time lower than 20%.  So thus far the 2020 version has seen extreme store prices for six months already.

If you’re waiting for store cattle prices to ease, you might be waiting some time.  We are six months into extreme store prices, and we can see that in the last two rebuilds extreme store values, relative to finished cattle, have lasted at least 18 months.

The herd rebuild is forecast to take at least three years, but extreme store prices shouldn’t hang around that long. However, they are likely to stay until at least next autumn, possibly spring.

For cattle traders, this creates a conundrum, with the key to profitable trading becoming timing, choosing the right animals and keeping costs down, with margins becoming tighter. 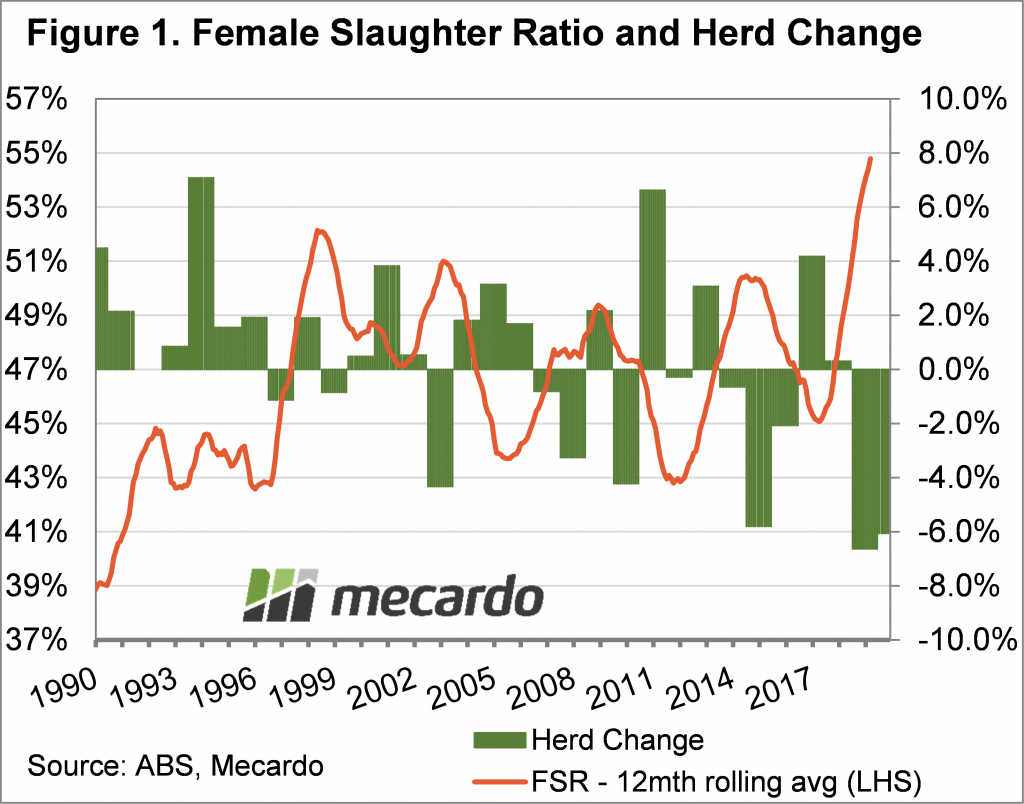