Seasonal conditions varied widely in 2019-20, and this is reflected in average gross margins for lamb and wool enterprises in Victoria.  Parts of the state had very good years in terms of rainfall, while others, particularly East Gippsland, had very poor years.

Western Victorian woolgrowers were the most profitable, but still lagged behind their prime lamb counterparts.  Average wool prices were down in 2019-20, at $10.67/kg greasy, which was a four-year low in real terms.  Still, real wool prices were higher than any other time since 1990.

Lamb producers enjoyed yet another year of rising prices.  In Western Victoria, the average lamb sale price was $167/head.  This was 12% higher than 2018-19, and the fifth year of consecutive price rises.

With four consecutive years or much better than average gross margins, it’s little wonder land prices are trending up in Western Victoria.  There is plenty of incentive to expand lamb at current prices.  Weaker wool prices this year are likely to point towards further reductions in relative profitability, and further shrinking of wool flocks in Western Victoria.

In Northern Victoria wool is closer to lamb, and both have been better than average for the last four years.  It’s hard to make comparisons in Gippsland, apart to say wool producers, especially in East Gippsland, have had the worst seasons, and highest costs, which impacts gross margins. 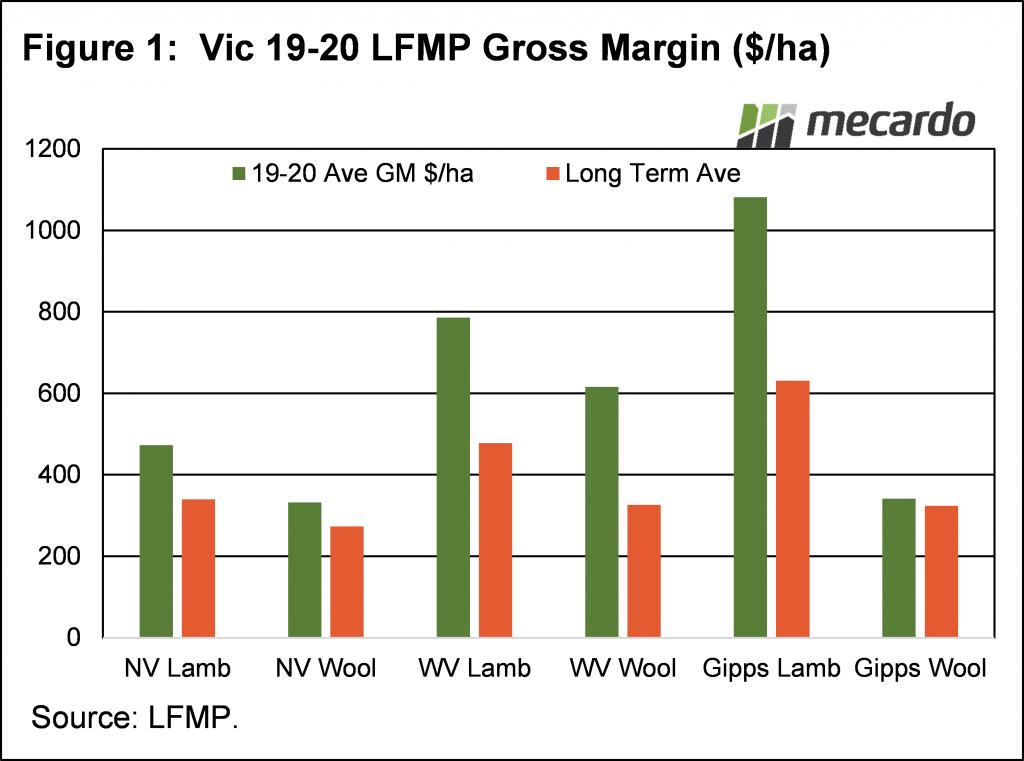 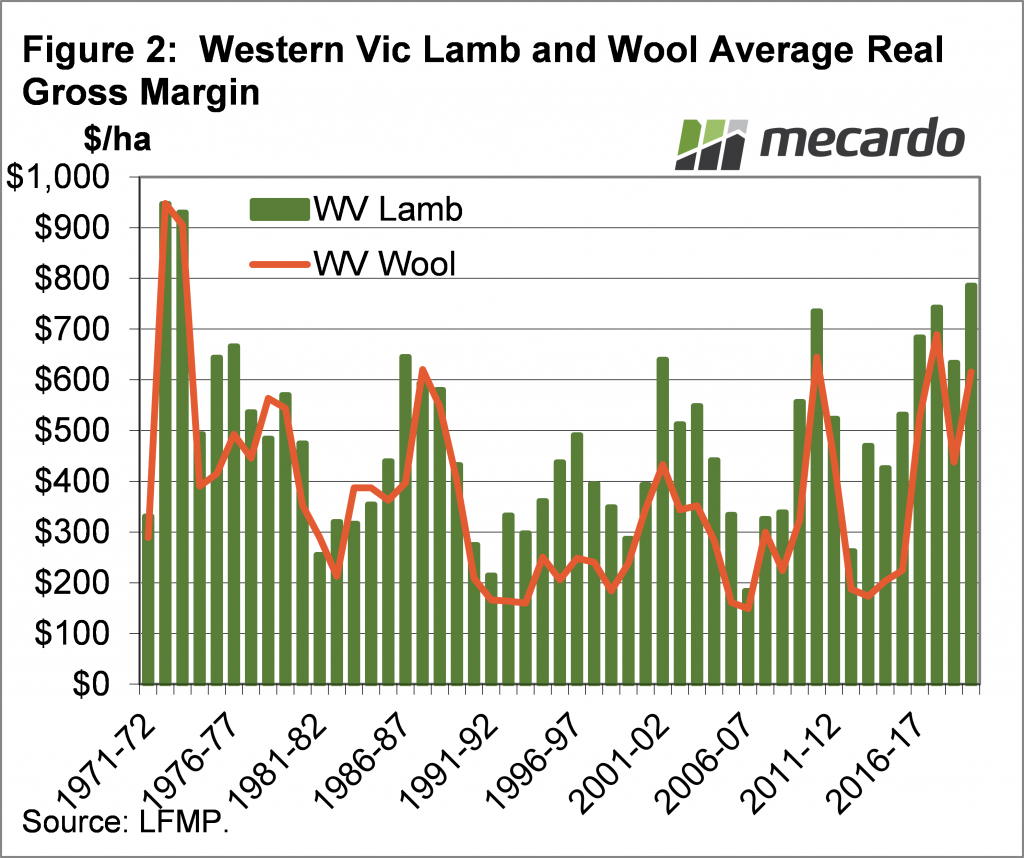 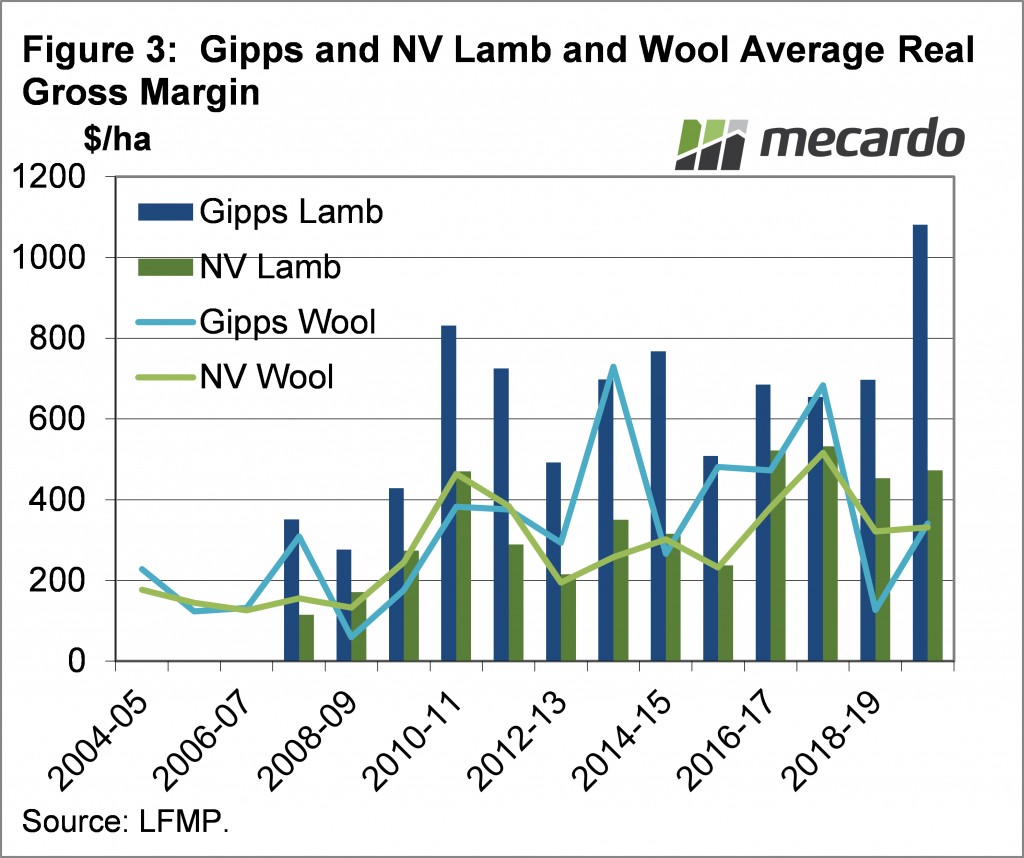