It’s the roast wonderful time of the year

Lamb may not be the traditional protein to appear on the table come Christmas day, but in the lead up to this festive season, demand for the humble lamb is very strong. When prices are this strong it’s bound to draw out more supply and yardings hit new highs.

Lamb yardings jumped higher last week, with 280,867 head through the yards in the east. This was an 11% jump on the week prior and is the highest weekly east coast yardings of the season. Both NSW and Victoria contributed to the lift, with week on week increases of 25% and 16% respectively. Lamb yardings are tapering off in South Australia.

Processors kicked slaughter up another notch last week. Both lamb and sheep slaughter numbers were higher for a combined increase of 7% on the week prior. Mind you this was still 19% below the levels of the same week last year.

With rising supply and rising prices continuing, doubts about lamb demand should have been banished.

The National Mutton indicator was back 30¢, but there were a lot more sheep filling yards last week. On the east coast over 100K sheep were yarded, which is the highest weekly yardings we’ve seen since February. We can expect to see some improvement in the New Year as supply eases off.

By and large it’s been a turbulent year for sheep markets with no lack of challenges. However, with an ESTLI of over 800¢ to close the year, prices have never ended the year this strong, and we can move into 2021 optimistic about the demand outlook. 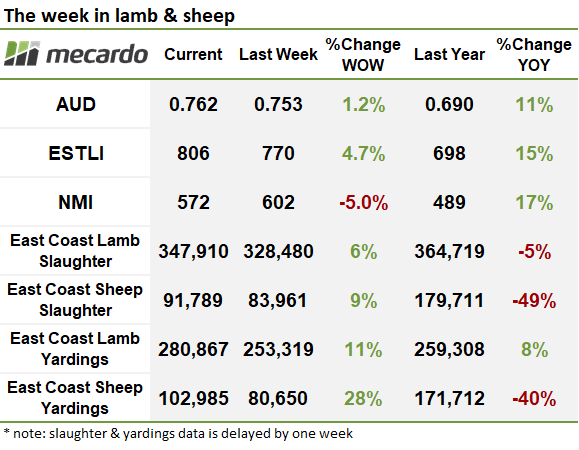 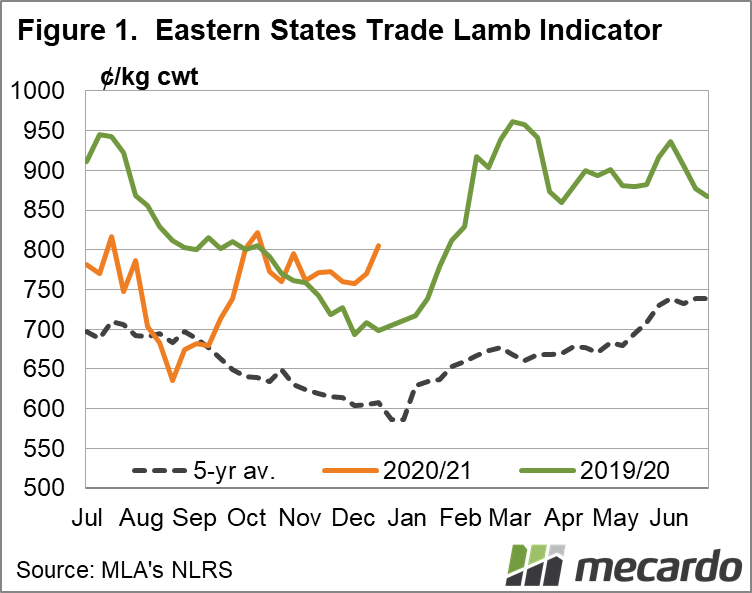 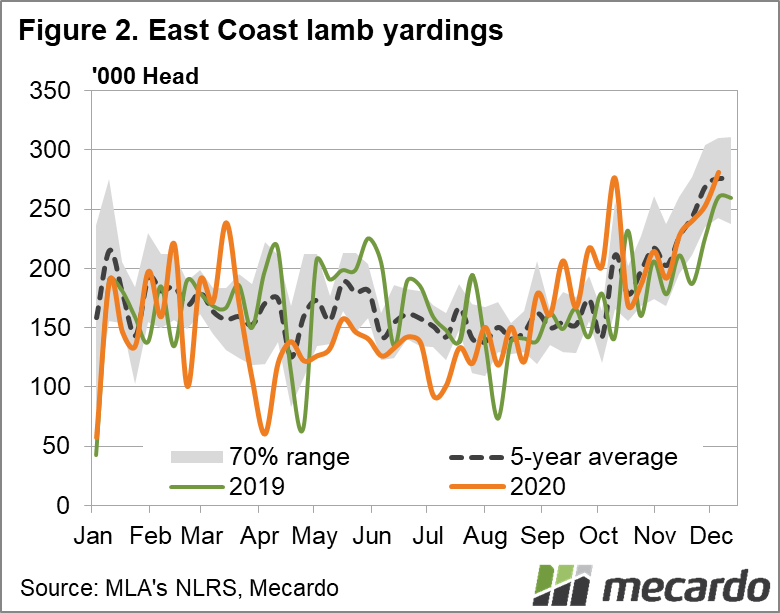