Demand for Australian lamb has been consistently growing in export markets for over ten years now, but the domestic market is still vitally important. The annual Meat & Livestock Australia (MLA) advert has recently been released, and it has helped lamb demand, at least in January.

Growing lamb export markets has meant higher prices for Australian lamb producers, but it has also seen domestic consumption fall.  Figure 1 shows that since 2006 the share of Australian lamb consumed domestically has fallen from 56% to plateau at around 33% over the last three years.

In the late noughties and up until 2015, it was the Middle East that was snaring Australian lamb at the cost of the domestic consumer. China joined in after 2010, and has continued to grow its share, while the US share has been growing since 2014.  Over the last four years the Middle East has missed out, and China has steadied.

Figure 2 shows that domestic lamb consumption didn’t actually lose volume for much of the past 15 years.  The growing export demand was largely matched by rising production up until 2016.  Some drought-induced falls in lamb production, combined with continued export growth, saw local lamb consumption fall in absolute terms.

The higher retail price is likely to have seen lamb lose some ground to chicken and pork.  MLA are estimating annual per capita lamb consumption last year at 6.5 kilograms per head.  In just 2015, Australian’s consumed 9.7 kilograms.

Sadly, with the Australian Bureau of Statistics (ABS) no longer reporting lamb slaughter and production monthly we can’t measure domestic demand on a monthly level.  For the five years to 2020 however, we can see that lamb demand was higher in January.  Figure 3 shows that January was the largest month for domestic consumption, as measured by production minus exports.

It is an unfortunate time for Covid driven processor slowdowns, with January usually the strongest demand month for lamb at a domestic level. In the past, we have seen price spikes in January, but processing bottlenecks are unlikely to see that this year.

The domestic lamb market remains extremely important for lamb producers, and the fact that consumption has fallen in the last three years means there might be an opportunity for growth. This might help soften price falls as the increasing flock see growing lamb supply. 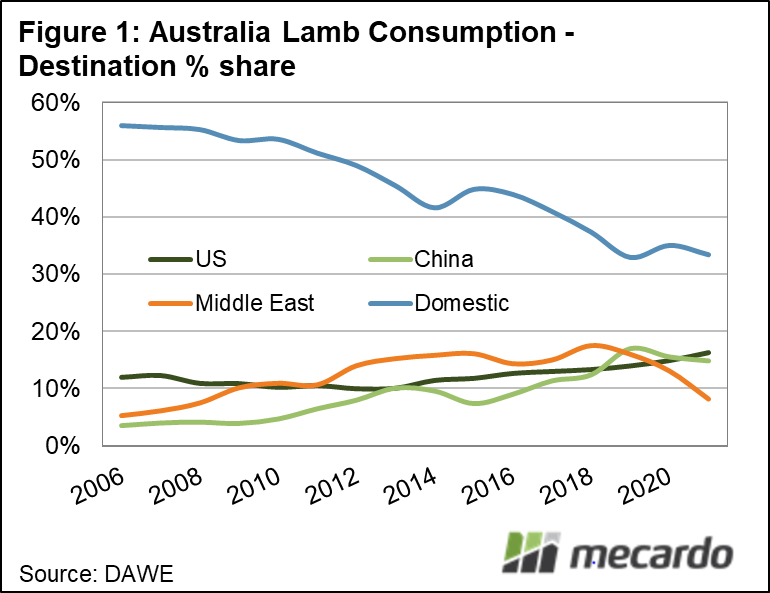 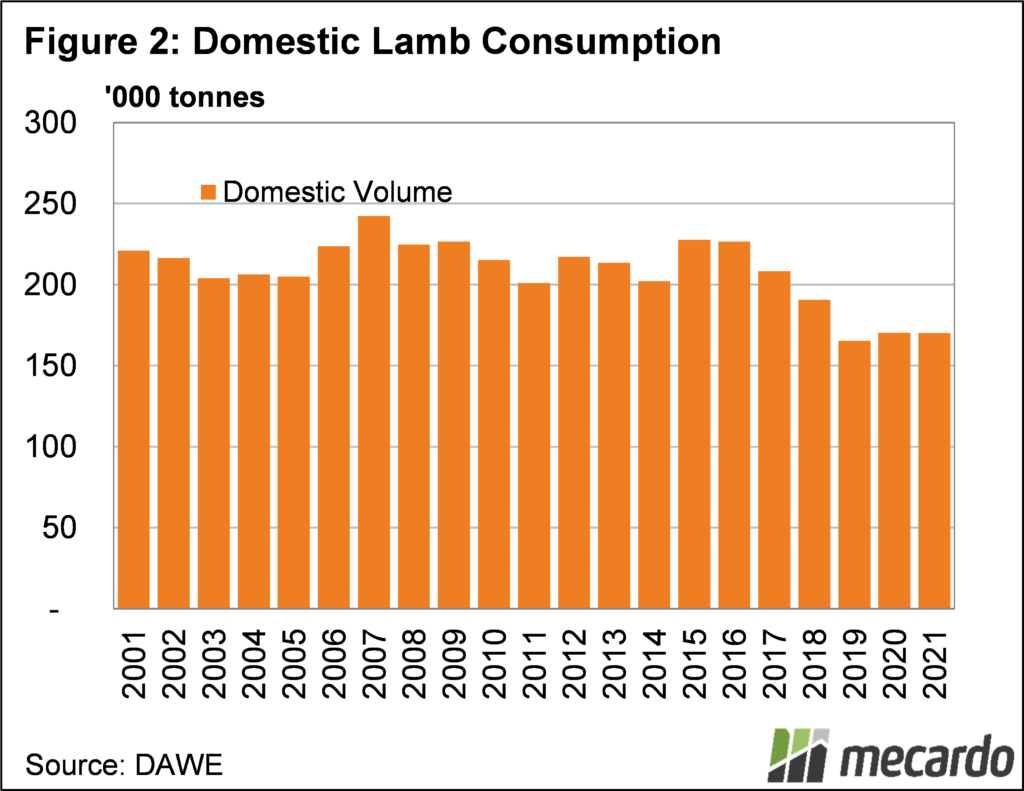