They say there’s very few lambs left in the south, and tight supply certainly got tighter last week with the public holiday stripping weekly saleyard throughput back by over half. More rain in Victoria kept Restockers wanting more, with prices moving higher.

For the shortened week ending the 29th of January, 58% fewer lambs appeared in east coast yards compared to the week prior. Not unusual for this week in the year, but with just 102,236 lambs yarded, the last time we saw yardings lower at this time of year was back in 2016. All states contributed to the drop, but SA and VIC played a big part, with lamb yardings back 65% and 35% on the five-year seasonal average respectively.

Slaughter volumes were down week on week as well. 291,721 lambs were processed in the east in the week ending the 29th of January, which was 10% below the week prior but actually 3% above the same time last year.  Sheep slaughter continues to track well below the average range, but supply appears to be keeping pace with demand.

The Eastern States Trade Lamb Indicator (ESTLI) lost 9¢ on the week to settle at 842¢/kg cwt. Prices held steady for Trade Lambs in WA while other categories lost ground.

It was this time last year that lamb prices started rallying towards the record books. A year-on-year comparison shows that all categories are pretty close to the price point 12 months ago. The National Restocker Lamb is still leading the charge at 950¢/kg cwt with a 54¢ premium above the same time last year. The National Heavy Lamb Indicator gained 1¢ for the week to end at 840¢/kg cwt, which is 17¢ higher than the same week in 2020.

Of note, the lamb market in South Australia lost much of the hefty gains made the week prior (when just 3,000 lambs were yarded). Light lambs sold 114¢/kg cheaper, bringing them back in line with the rest of the market.

Mutton prices made slight headway this week with a 4¢ rise to 607¢/kg cwt. WA was the only state to see mutton prices weaken.

As reported in this week’s analysis, slaughter has been lower than normal in January, which leaves more to come in February and March if normal seasonality comes into play. With the south prepping for another big dump of rain as I write, and the week ahead looking wet in the east, it may be a few more weeks yet until supply really picks up pace. 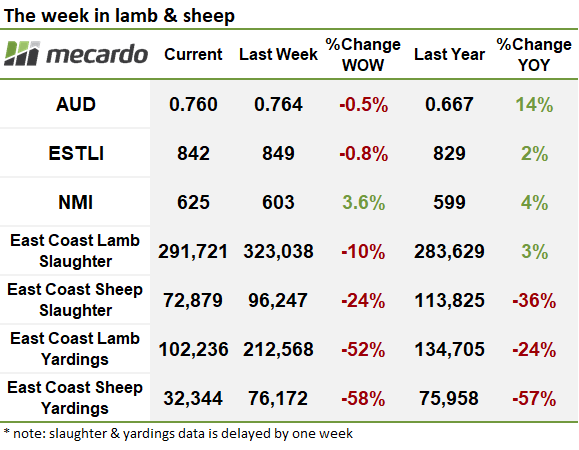 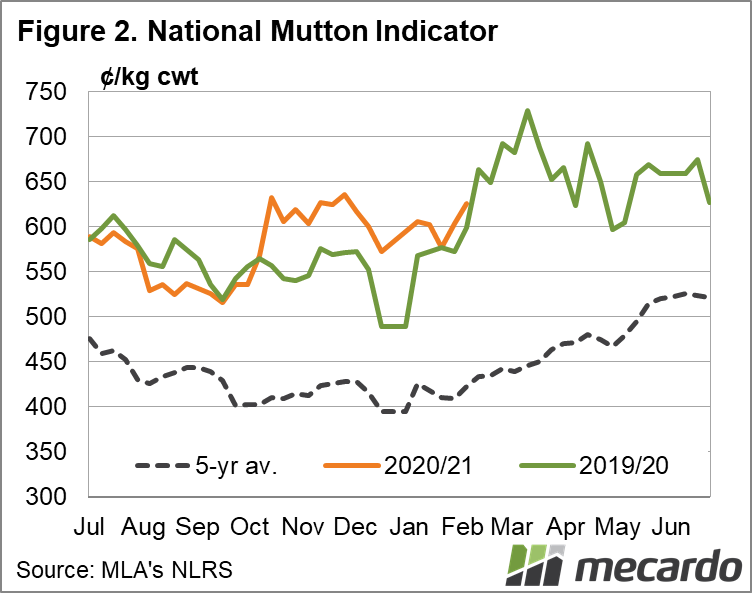 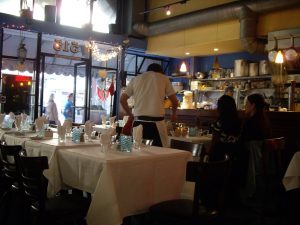