Lamb markets consolidated the gains over recent weeks to see prices improving for most categories. The Winter rally may be running out of steam, but news of the chance of a La Niña returning in spring is another boost of confidence for the outlook.

For the week ending the 9th of July, east coast lamb throughput increased 7% to see 177,228 lambs yarded. Both NSW and Victoria saw a lift at the yards while in WA 3,625 fewer lambs passed through compared to the week earlier. This was 27% higher than the five-year seasonal average. 72,399 sheep were yarded on the east coast which is 40% more than the five-year seasonal average.

Have we hit the winter price peak? It does look like the rally is slowing, although supply has been relatively strong for winter in recent weeks so if we see numbers pull back significantly there may be a little more upside to be found. 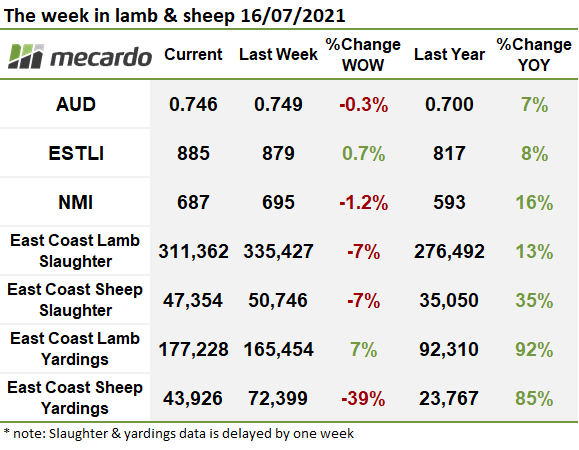