The focus shifted from global to local this week, 2021/22 harvest has begun in Central Queensland and we have new expectations for production with ABARES releasing their September crop update. The headline grabber is a record high winter crop acreage and yield estimates currently below last seasons.

Wheat acreage estimates were increased by 1% to a total of 12.96 million hectares, and production is estimated at 32.6 million tonnes. Most of the increase came from WA where both hectares planted and yield expectations are higher than last year. When it comes to production, WA is looking at 11,500kt of wheat this harvest. If it comes to fruition this will be 21% more than last season.

Canola is unsurprisingly in for a big harvest in WA, with the 2400kt estimate a 46% lift on last year. It is a big if though, reports of frost in WA last week are likely to take effect on yields. However, history tells us the impact on total production is likely minimal.

The 2021/22 National winter crop acreage is estimated at a record 23.24 million hectares. This is 7.2% above the 10-year average and 2.7% higher than last season. Winter crop yields are forecast to fall from last year in most states but still be above long-term averages. ABARES reported that forecast yields are more than 20% above 10-year averages to 2020–21 in New South Wales, Western Australia and Queensland and around 10% higher in Victoria and South Australia.

Turning overseas and US corn crop progress continues to be ahead of average levels. Generally, US corn and soybean conditions stabilized or improved in areas with the lowest conditions, and declined in some states with the most favourable conditions as rainfall has stabilized crop conditions in the Northern Plains and western Cornbelt.

As we mentioned last week the USDA announced a potential change in acreage in the September crop production forecasts based on insurance data, which is a month earlier than normal and most analysts anticipate will lead to an increase in estimated 2021 corn acreage. The increase in expected acreage and higher yield expectations led to some pressure on corn futures last week.

ASX wheat eased $4/t on this week’s news, settling at $335/t. We should get some more intel around the extent of damage caused by the frost in WA next week, and the soon to be released September WASDE report will have all eyes peeled for 2021 acreage estimate revisions. 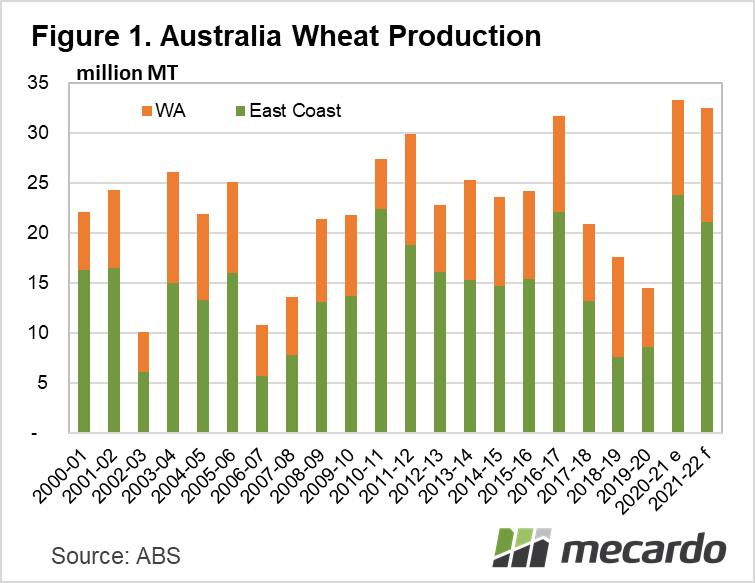 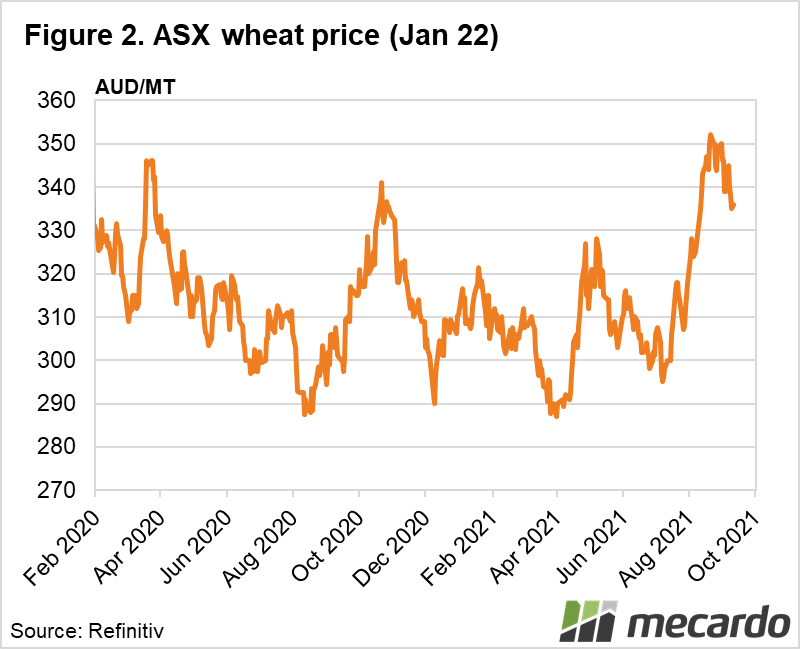