AWEX reported that on the first day of selling the market saw MPG’s ease by between 1 & 44 cents, however on the final day positive gains were recorded of between 2 & 48 cents. An overall steady week providing much needed stability to the market after the roller coaster ride of the past couple of months.

After falling 17¢ on Tuesday, the Eastern Market Indicator (EMI) lifted by 11¢ on Wednesday to eventually close this week 6 cents lower at 1144¢. The AUD was again firmer at US$0.738 which saw the EMI in USD terms finish 2 cents lower at 844¢. Fremantle also ended just 2¢ lower settling at 1198¢.

Fremantle in fact provided the lead late on Tuesday with a strong finish that paved the way for price improvements in all centres on Wednesday.

Crossbred types had a week of generally easing prices; however, the 30 MPG in Melbourne bucked the trend and posted a 5-cent lift.

It was a similar offering and clearance to last week with 36,507 bales offered and 32,796 bales sold after 8.4% of the original offering was withdrawn, resulting in a 10.9% pass-in rate nationally.

This week on Mecardo we looked at how the Merino price has followed the general pattern of apparel feedstock and fibre prices since mid-2018 (view article here). With the exception of cotton, the merino price is performing creditably compared to the other apparel feedstock and fibre prices. Andrew Woods surmised that low merino wool supply and stock levels through the supply chain will help the merino price in relation to the general apparel fibre complex in the coming couple of years.

A similar offering of 41,800 bales is rostered for next week with all centres selling on both Tuesday & Wednesday.

Again, this week the market demonstrated that it can operate in a steady manner, further steady results through to Christmas would provide a platform for possible New Year market improvement. 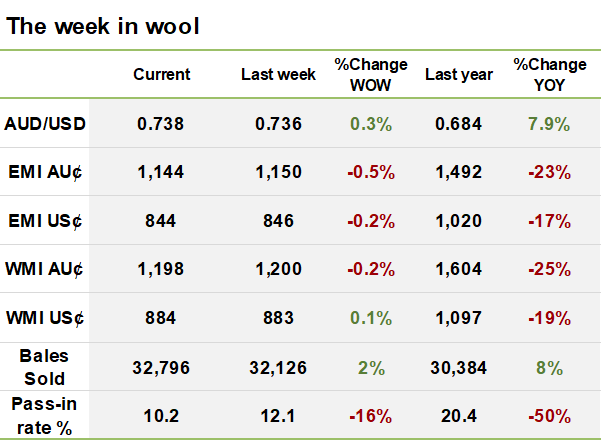 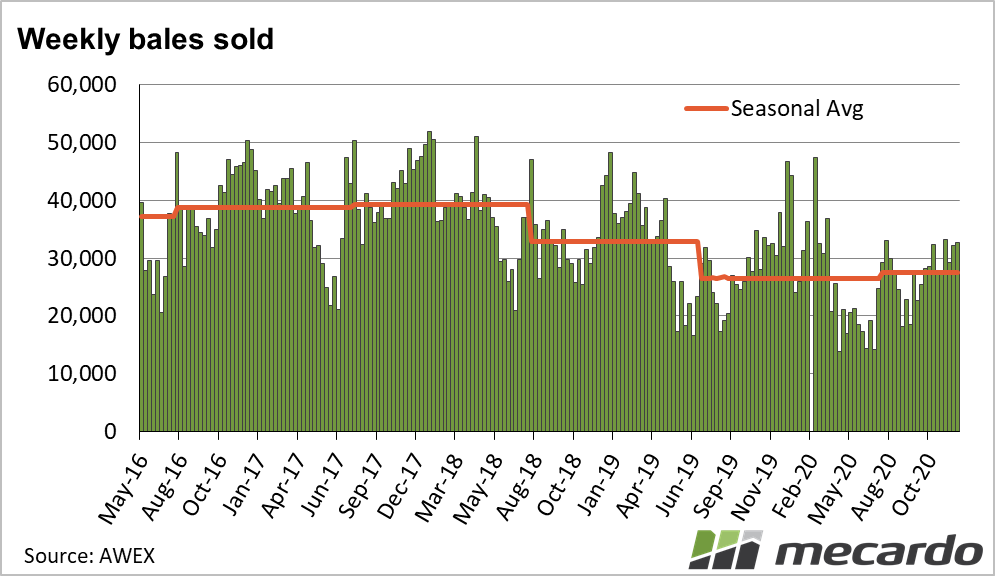