Looking for a lamb price trend

Lamb prices are never lower than November and December, right? Well, not exactly, there have been years when this has not been the case, and more when prices remain steady well into the New Year. We’ve had a request for a lamb prices outlook, so here comes the crystal ball gazing.

Lamb price seasonality isn’t what it used to be. The January price was reasonably reliable in the last five years, as grassfed lambs dried up and supply was reliant on southern and irrigation areas, along with some late northern lambs.

Higher lamb prices have increased opportunities for lotfeeders and grain producers to grow lambs out on stubbles. This, along with more dedicated prime lamb producers carrying lambs through, has seen the strong supply period extend through the rest of summer. Only twice in the last five years have lamb prices risen strongly from December to February.

With seasonality now showing relatively steady prices out to February, we can look at supply to get an idea of whether this might be a year of strong New Year rises.

Figure 1 shows national lamb slaughter figures from the Australian Bureau of Statistics up until October, with an estimate for November based on Meat & Livestock Australia’s weekly numbers.  For the five months to November, lamb slaughter has been down 5%.

If the total number of lambs produced this year was the same, we would expect stronger lamb supply in the New Year.  There has been plenty of reports of lower lamb marking rates, especially in NSW, and MLA’s most recent projections put 2020 slaughter 5% lower than 2019.  As such, it is reasonable to expect lamb supply to continue to track below 2018-19 levels, along normal seasonal trends.

For prices, this likely means more of the same, but there are some things which could cause significant upside. By more of the same, we expect lamb prices to track along above last year’s level from January to March. The ESTLI stood around 650¢/kg cwt for much of December to March in 2018-19 (Figure 2). Between 700 and 750¢/kg cwt for this period in 2019-20 seems like it might be where prices are headed.

The main and most obvious event which would see lamb prices rally back above 800¢ is rain.  However, tightening supply of sheep could have a similar impact.  Plenty of processing space is currently being taken up by sheep and the cull could slow down in the New Year.

There appears to be room for lamb prices to rise if more are needed, but it looks like 750-800¢ might be the price limit without significant rain. 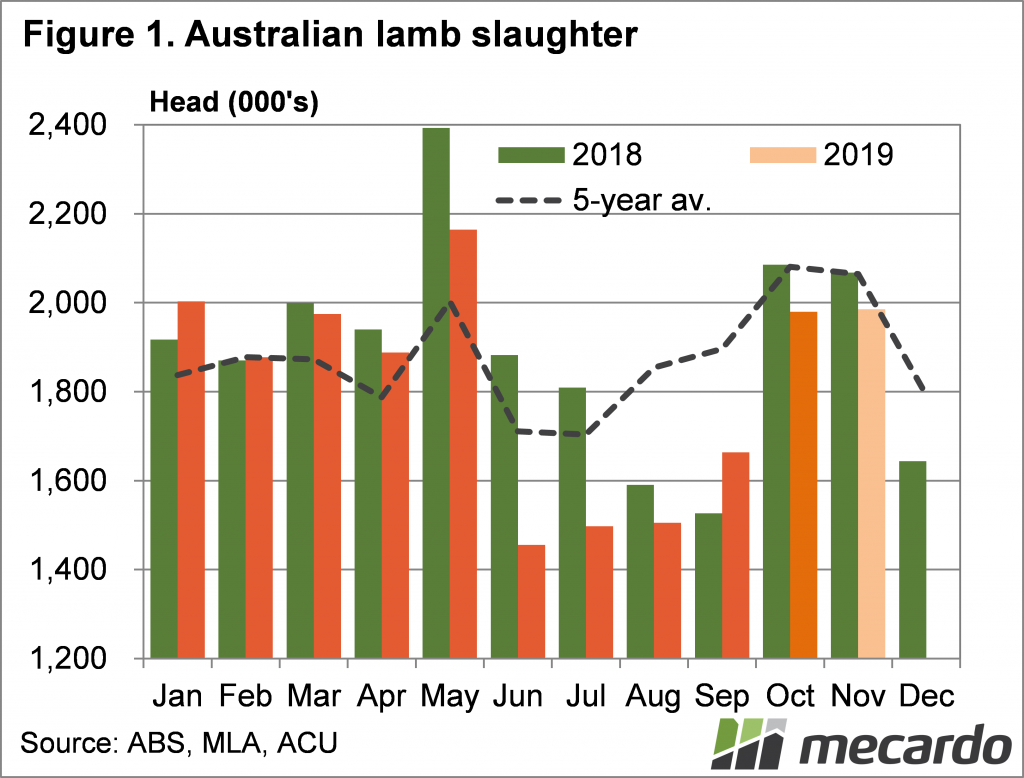 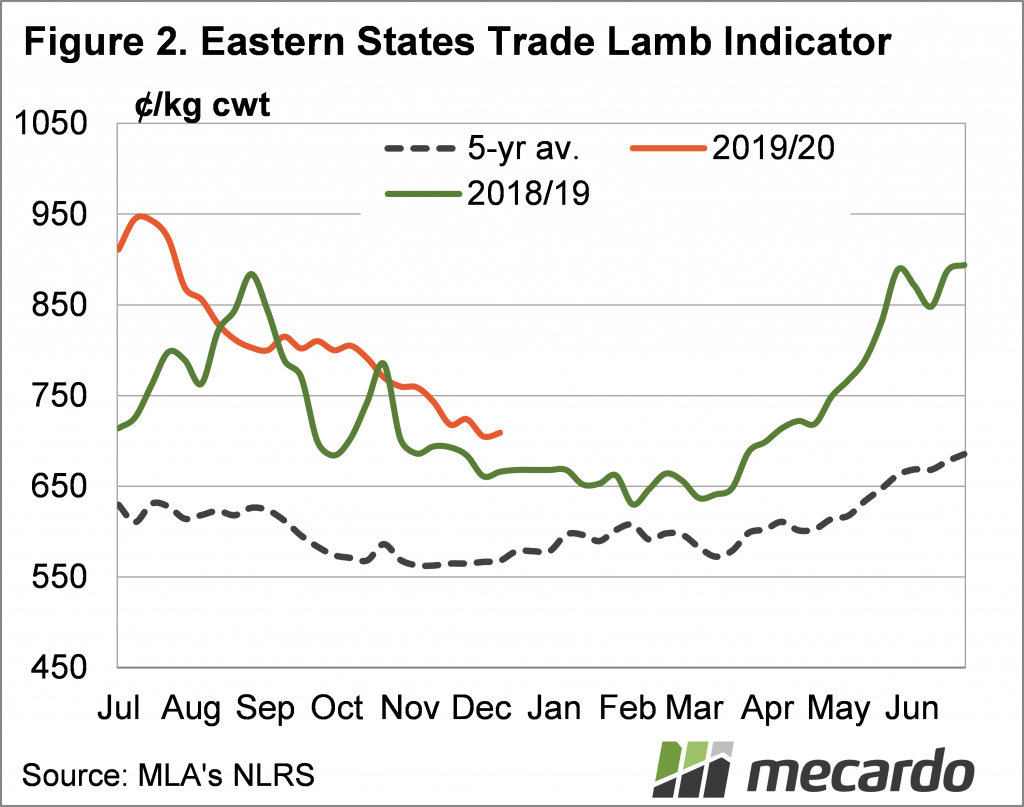