Low yields weighing on the market

The market was again cheaper this week, with the large supply of “low yielding” wool continuing to attract discounts negatively impacting on the EMI as buyers struggled to fit these types into orders. While the drought impact has caused yields to be lower, this week in Mecardo Andrew Woods reported that yield was 3 – 4% lower compared to previous droughts.

It was noted this week that area planted to crops has increased year on year, with NSW up 95% on last year to 3.7 million hectares. (Read about this here on Mecardo).

This is confirmation of our concerns that the continued shift to grain production will continue now that the drought has broken, with the challenge for Merino sheep to regain lost acres going to be difficult. Any increase in wool supply in the medium term is likely to be modest at best.

The Crossbred sector ended a positive run with across the board falls of 20 cents.

Next week Fremantle resumes and all centres sell on Tuesday & Wednesday with 30,240 bales on offer. 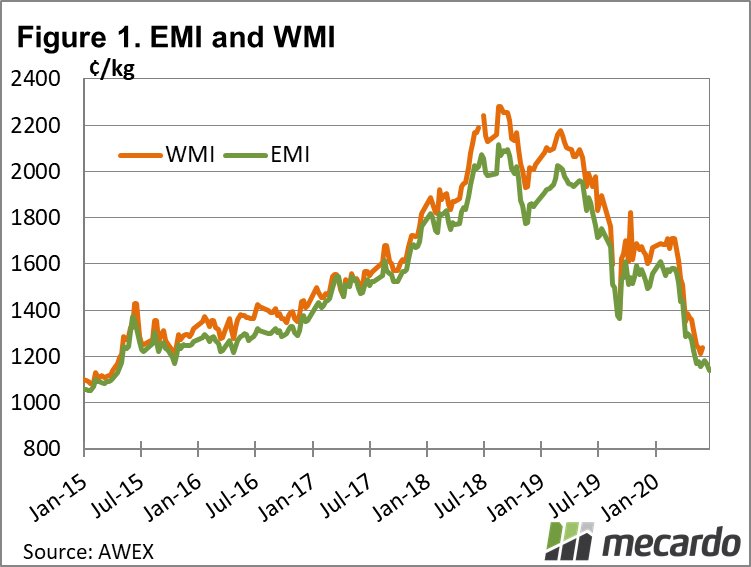