The rise and rise of the cattle market has many participants pondering how long it can last. There has been plenty said about the demand side of the equation, especially with weakening export prices and slim to negative processor margins, but it is supply ruling the roost.

It’s usually about AFL grand final weekend when the cattle market turns south, but even with delayed footy season, it looks like an unlikely scenario.  Spring cattle supplies are not following the usual trend.

Figure 1 shows cattle slaughter to June, and our estimates for July to October.  The estimates are based on Meat & Livestock Australia’s (MLA) weekly slaughter data, and we can see the steady decline from winter to September. There looks to have been a small pick up in supply in October, with a few more grass finished cattle hitting the market, following the good season.

Even though cattle slaughter has been down 20-30% since July, it hasn’t been low enough to see rates matching MLA’s forecast of 7 million head.  In figure 1 we have taken the 7 million head total slaughter, deducted what we think has gone through so far, and spilt what is left between November and December.

We can see that either November and December slaughter will have to decline from October levels, or annual slaughter will be higher than forecast.  Figure 1 shows slaughter levels for the last two months of the year 31% lower than last year.  That is a huge decline, and similar to what we have seen in September and October.

Despite the rain, cattle slaughter remained high earlier in 2020, which means year on year supply deficits are likely to run into 2021, at least until April.  Figure 2 adds a 2021 series which is 6.9 million head slaughter adjusted for seasonality.

As always, the main question is how supply is going to affect prices going forward.  Figure 3 shows how slaughter has related to the EYCI premium or discount to the 90CL export price over the past 18 years.  The relationship is pretty solid and reliable, within a range.  We can see that the discount the EYCI held to the 90CL early in 2020 has seen it basically average the same level as the 90CL for the year to date.  This is despite the current premium of 202¢ being literally off the chart.

For 2021, slaughter of 6.9 million head suggests the EYCI will average a 61¢ premium to the 90CL.  We can see that in 2016 the restocker push saw the premium reach higher than forecast by the trend, but there might be some downside in store for the EYCI in the new year, if export prices don’t improve. 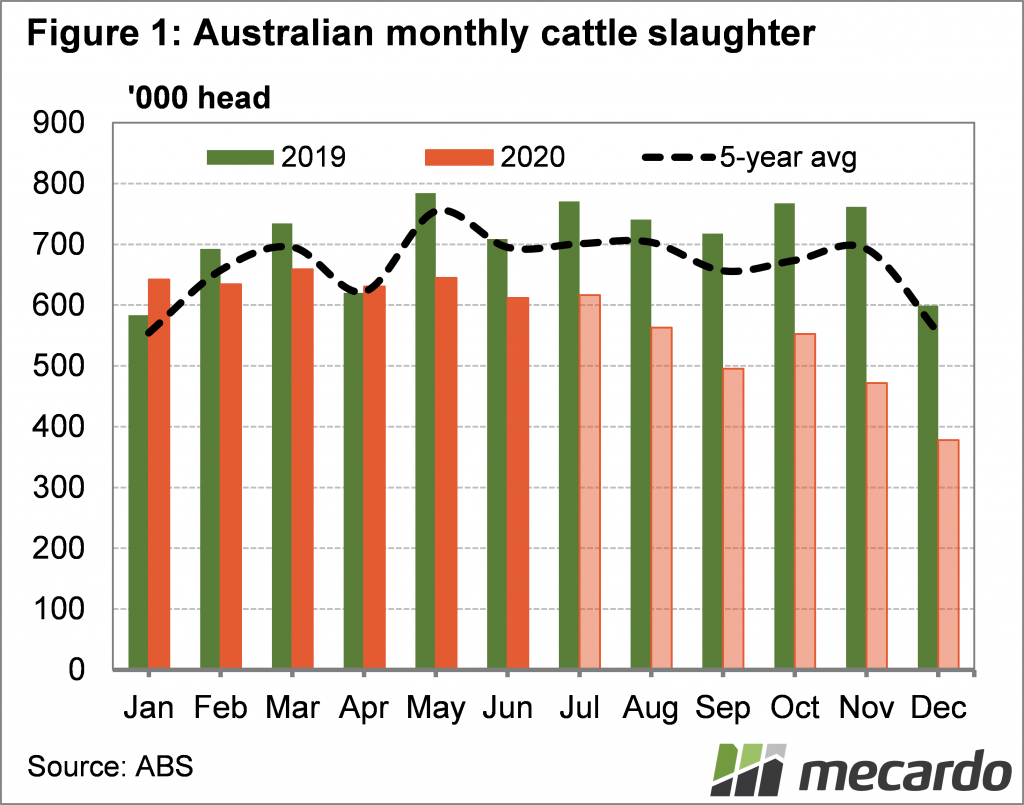 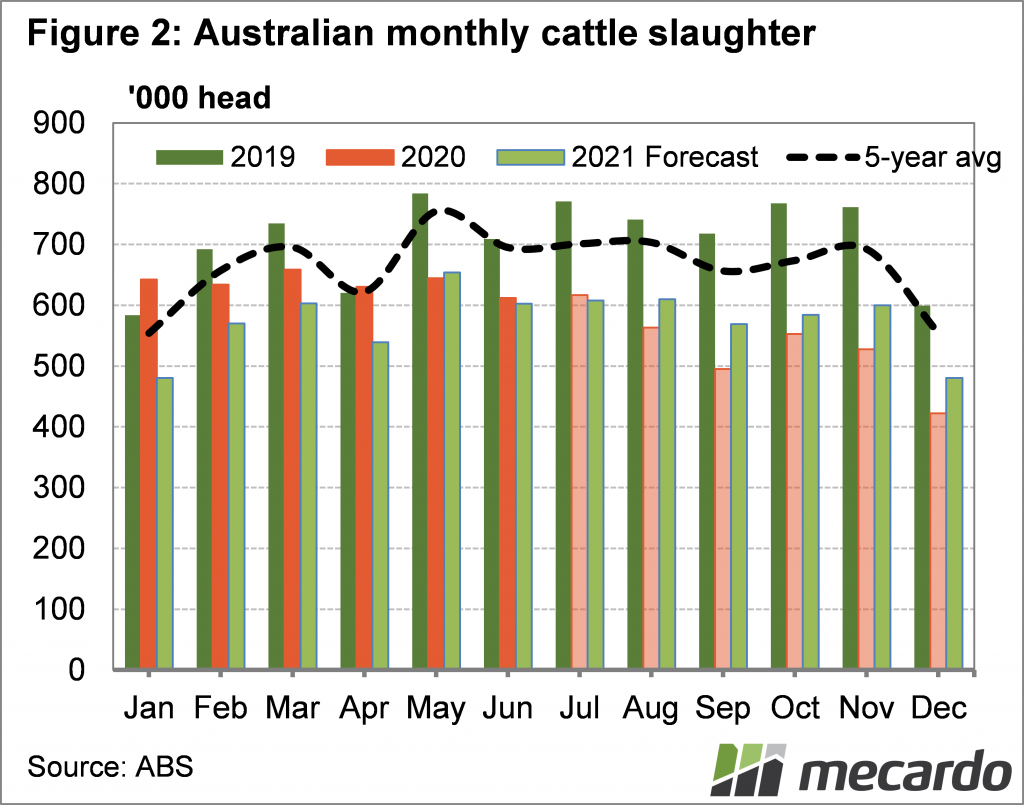