Live sheep exports have begun 2022 stronger year-on-year, but numbers are still well below pre Covid-19 pandemic levels. Last year 575,000 sheep were sent offshore, its lowest number since 1989, according to Meat and Livestock Australia. (figure 1) This was about half of the number exported in 2019, 57% lower than the five-year-average, and 13% less than was forecast.

When we last looked at live sheep export numbers late last year, September and October figures were promisingly up year-on-year, but it was short lived, with November numbers dropping dramatically to less than 1000 head. December then picked up slightly, but far from made up for less than 5000 sheep being sent offshore for five of the months of 2021 (per month). MLA’s sheep industry forecast released in February forecasts live exports of sheep to climb back up to 600,000 this year, and continue growing, lifting by 22% by 2024.

While the industry has certainly been impacted by global demand factors, including the introduction of the Middle East and North Africa summer moratorium on sheep exports three years ago and of course the pandemic, it’s also a reflection of the domestic flock supply.  Western Australia is the crux of Australia’s live sheep export business, and in 2020-21, live export made up the smallest sector of their sheep turn-off. To put this into context, in 2018-19, WA exported about 895,000 sheep, and 146,000 of those were transferred interstate in Australia. In 2020-21, 1.36 million sheep headed east domestically, and just 585,000 were exported overseas.

According to the WA Department of Primary Industries, this exodus to the eastern states has slowed significantly since July last year, but numbers being trucked interstate remain well above the 2018-19 figures (pre-rebuild).  More than double the amount of sheep were transferred from WA to eastern states each month from July 2021 to February 2022 compared to the corresponding months in 2018-19. Keeping in mind the February 2022 total was 234,600, compared to the 1.123 million sent in February 2021 – a differential of 80%.

The WA flock composition has also changed, according to MLA, with a shift towards meat breeds and away from Merino wethers which are an integral part of the live export trade – impacting supply. WA DPI data has wethers making up about 7.5% of the WA flock in 2020 (latest data available), compared to 32% in 1990. Comparatively, lambs made up 32% in 2020, and 21% in 1990. The latest MLA-Australian Wool Innovation survey (October 2021) still has Merinos being used for purebred lamb production as the biggest percentage of breeding ewes on hand, however that figure has dropped by about 500,000 since June 2020, and the Merino ewes for cross-bred lamb production cohort has lifted by closer to 600,000 head.

In terms of whose been taking most of our live exports, it’s been Kuwait taking the majority with nearly 80% of the total exported so far this year to the end of February. (figure 3 & 4)

Any uptick in global trading conditions, such as post-pandemic economic recovery of live export trading partners and an easing of Australia’s domestic sheep prices as the flock numbers rebuild, should bolster demand in this market, especially later in the year when trade can return to MENA (from September).

The WA industry is clearly adapting to the changes lower live export has brought even as their flock starts to build back up, with lamb prices outstripping the east-coast this year (at least until very recent Covid disruptions to processing) and producers moving focus. Which means we might not see any real impact domestically until the flock growth starts to mature. 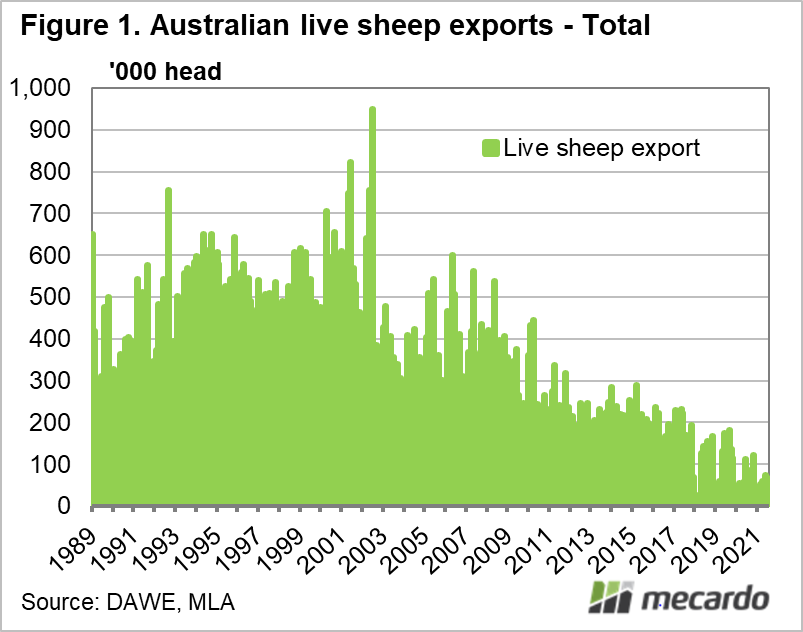 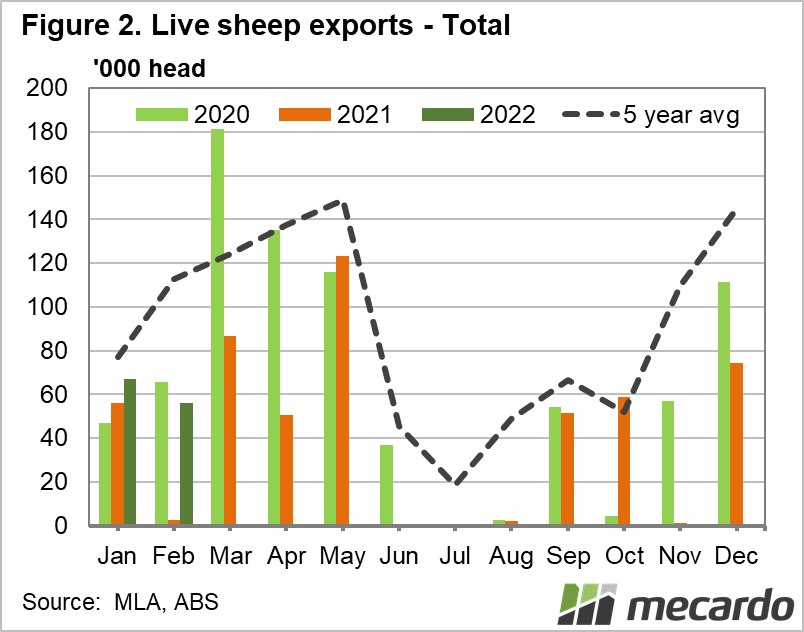 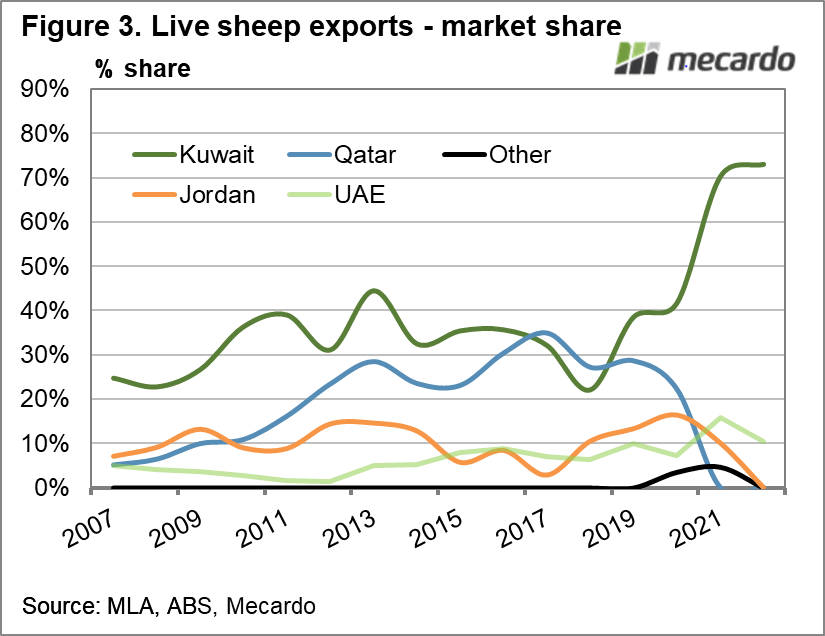 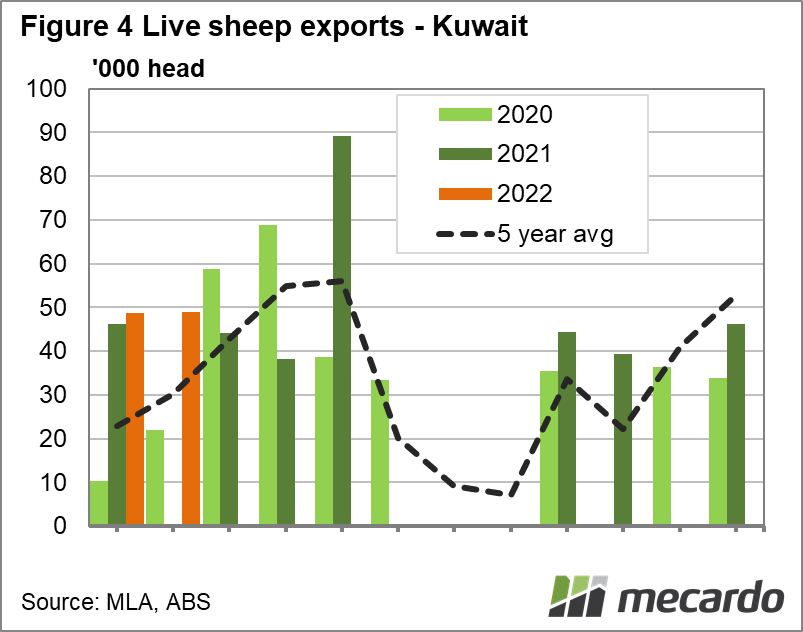