This week was a reminder of the fragility of demand when an increased offering resulted in a cheaper market and an increased pass-in rate. Despite an extra 6,000 bales offered for sale compared to last week, the trade was only able to absorb an additional 1,267 bales.

Andrew noted that “The relative out performance of shorter staple length wool (and lower staple strength wool) implies that demand from the knitwear sector is much stronger than demand from the worsted sector. The supply of short 17.5-micron wool has been falling for the past year, helping to keep discounts at minimal levels.”

Fine wool types (<18 micron) were less affected by the general market retreat, especially in Sydney where AWEX noted that wool with favourable additional measurements at times were sought after. It was a similar story in Melbourne with finer types receiving some support on Wednesday, however in Fremantle growers passed-in around one third of fleece wool.

The crossbred section was a mixed bag – and with Melbourne offering the majority of a small catalogue, the sector was quoted as largely unchanged apart from some finer types dearer.

Cardings held with a 7-cent increase in Sydney, a similar fall in Melbourne while Fremantle was off 24¢.

The next three weeks offering is all 30,000 bales or more, which will test the market based on the average clearance this season to date of 25,300 bales.

Any further lift in the AUD will also be negative for wool prices. 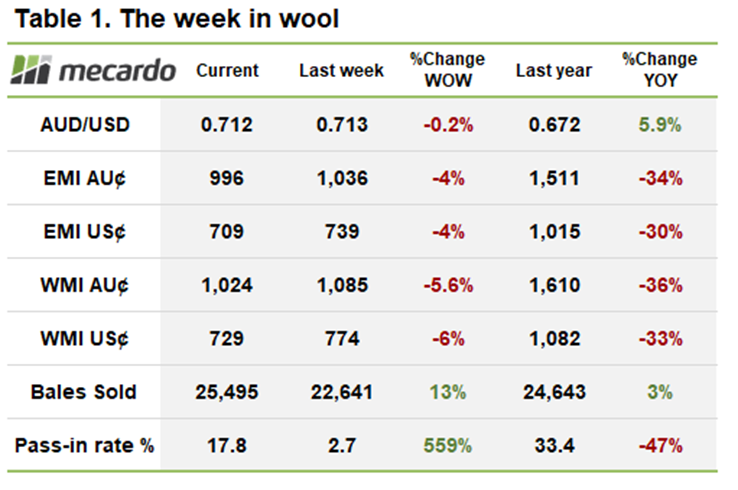 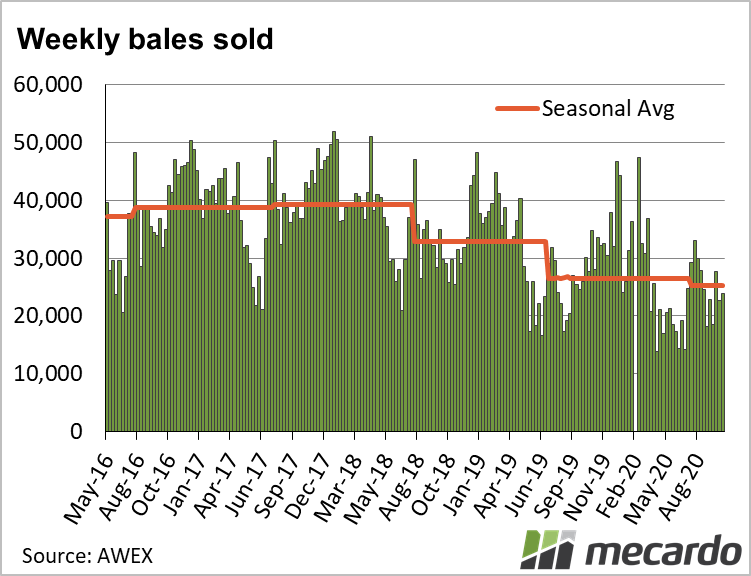