The concerns reported in the wool market last week seemed to dissipate as wool auctions this week steadied. The finer types recovered the falls of last week, while minimal movements were observed for the rest of the market.

The Eastern Market Indicator (EMI) gained just 2ȼ for the week to close at 1,339ȼ. The Australian dollar was stronger to settle at US$0.72, which resulted in the EMI, in US dollar terms, posting a 12ȼ lift to settle at 975ȼ.

AWEX reported that a strong finish was observed in Fremantle sales on Thursday, this is generally a good sign for the prospects of the market next week.

The opening day saw buyers push prices higher as demand returned, this was most noticeable in the 17 to 18 micron ranges, although all merino types received increased attention. In Melbourne, the 17 & 18 MPG lifted 37 & 28ȼ respectively, while the 19 & 21 MPG were +7ȼ and +15ȼ.

The crossbred indicators were in general slightly firmer, however the 26 MPG again was softer losing 11ȼ for the week.

Cardings were cheaper in all centres, Fremantle was down 18ȼ, while in Melbourne the indicator fell 4ȼ and 14ȼ in Sydney.

This week on Mecardo (view article here), Andrew Woods dives into what has happened in recent decades as the prices of merino wool and lamb relative to their larger peer commodities have increased. Why this has happened is an interesting question from a range of perspectives. With the collapse of crossbred wool prices in mind, understanding the foundations of higher relative prices helps with assessing longer term price risk. This article takes a preliminary look at changes in the Australian merino production since the collapse of the Reserve Price Scheme. 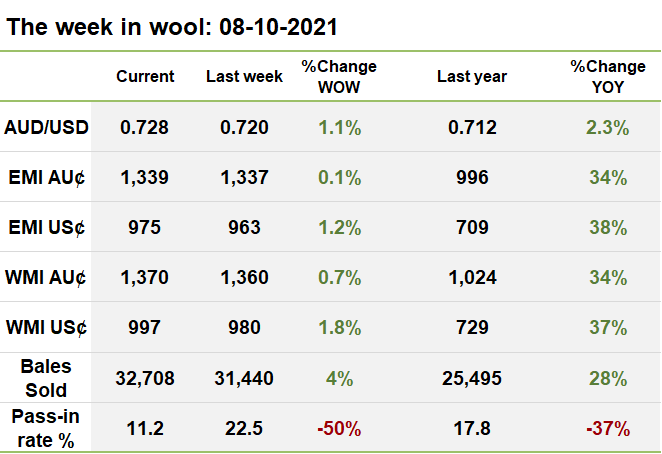 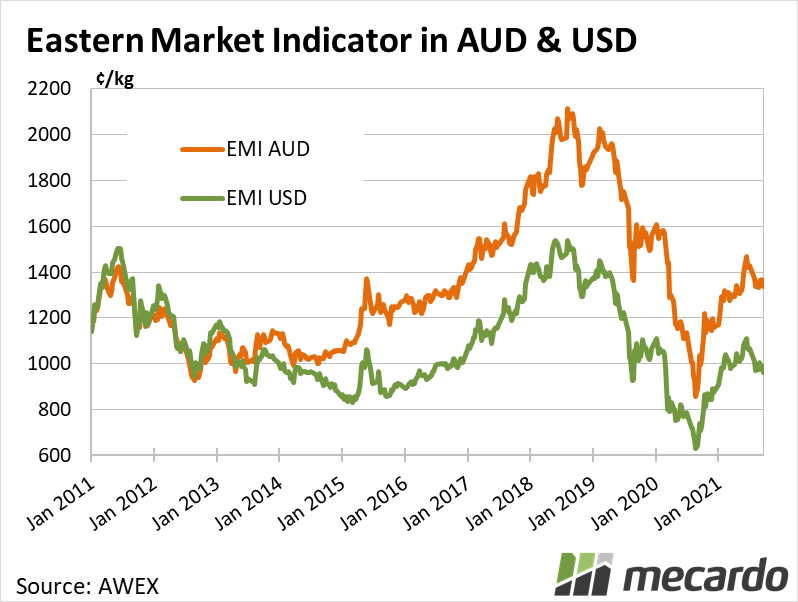 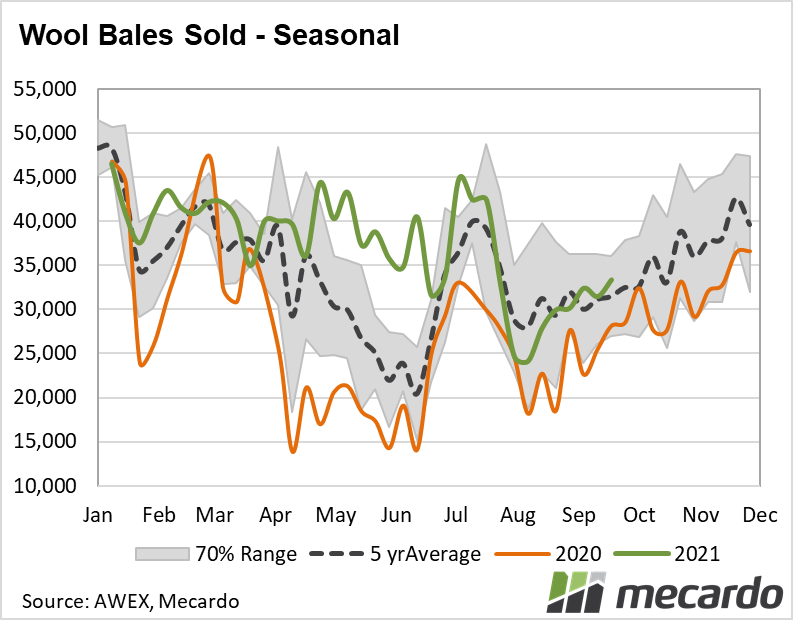