The return of Fremantle, and the subsequent increase in bales offered, was met with a strong demand from buyers this week. AWEX reported that as Fremantle did not participate in the positive price movements last week, it produced the largest gains with 70 to 125 cent lifts reported across its’ merino indicators.

The EMI was up 29ȼ/kg (plus 24ȼ/kg last week) to 1467ȼ/kg.  A larger EMI improvement was held back by the lack lustre performance of the non-merino types.

All merino MPG indicators felt the benefit of increased demand, with again the lead for the market being provided by the better style and lower VM types.

Crossbred wools were again the poor performers. AWEX noted that this is shown in the price difference between 17 & 28 MPG, with the gap now 2,382ȼ. The last time it was larger was in 2001. Of note is that in 2015 the average difference was only 499 cents.

Cardings again were steady, falling 5ȼ in Melbourne and lifting 5ȼ in Sydney, while Fremantle adjusted to missing last week by falling 36ȼ.

This week on Mecardo Andrew Woods looked at the wool volumes accredited under the Responsible Wool Sourcing (RWS) using excellent information from the IWTO. This data shows where the supply of RWS accredited wool stems from internationally and the estimated fibre diameter distribution of RWS accredited merino wool, also from an international perspective.

Time will tell if these third-party assurance schemes become a fixed part of the wool supply chain. As it stands now the big Australian merino clip is well behind the other southern hemisphere merino producers in terms of quality scheme adoption.

Next week we again have Fremantle in recess resulting in a smaller offering, with 30,810 bales currently listed for sale in Melbourne & Sydney centres, both selling on Tuesday & Wednesday. 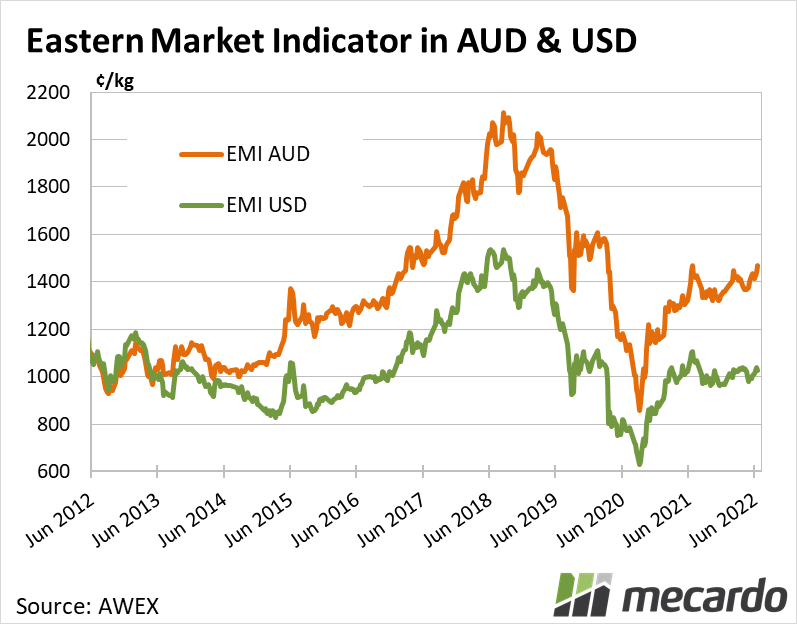 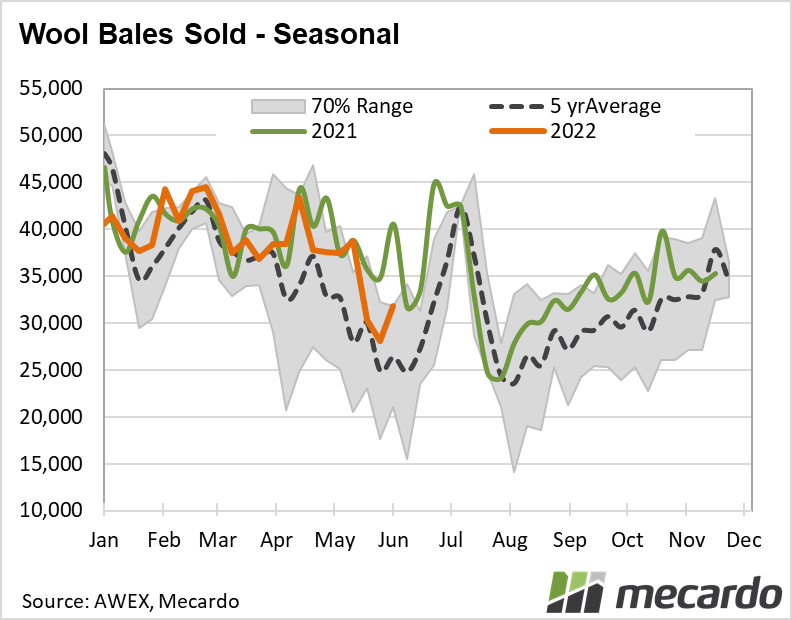