After four weeks of losses and continuing uncertainty as to the full impact of the COVID-19 effect on the wool supply chain, this week the market settled posting modest gains. The market has a range of differing circumstances; Merino wool with good measurements is sought after, while lower style types and crossbred wools are not receiving anywhere near the same interest.

The response to the stronger buyer interest in the market was the halving of the pass-in rate, this week down to 8.8%, resulting in 21,315 bales clearing, 654 more than last week. Contributing again was a large withdrawal prior to sale of 12% of the original offering. AWEX noted that the national offering is 10.9% lower when compared year-on-year.

The rises were across the board for Merino types, with stand-out rises of 40 cents plus for 16.5 MPG in Sydney, as well as the 18 MPG in Melbourne & Fremantle along with the 19 MPG in Melbourne. Crossbred types were generally 20 cents off the pace, while Cardings held steady in all centres.

Next week’s national offering is just 21,690 bales with Sydney & Fremantle only selling on one day while Melbourne will offer on Tuesday & Wednesday.

Unfortunately, the early strength this week did not continue to the close of selling, with Melbourne and Fremantle reporting an easier trend on the final day. 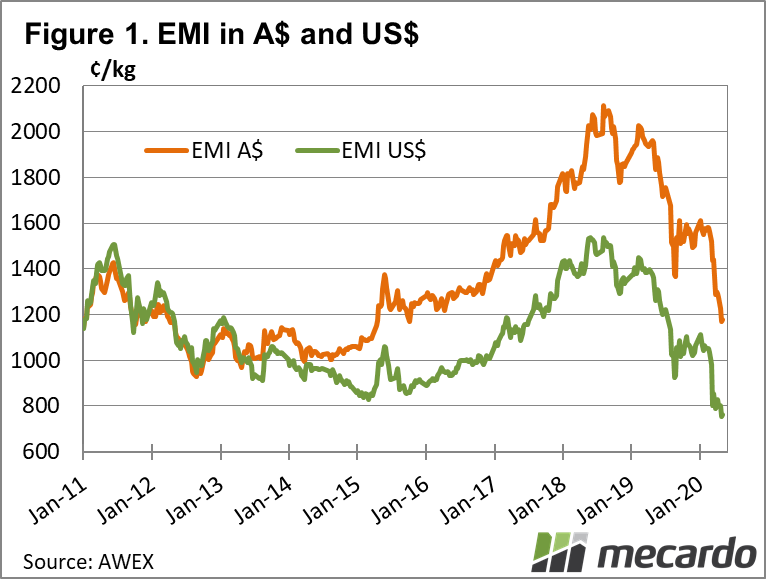 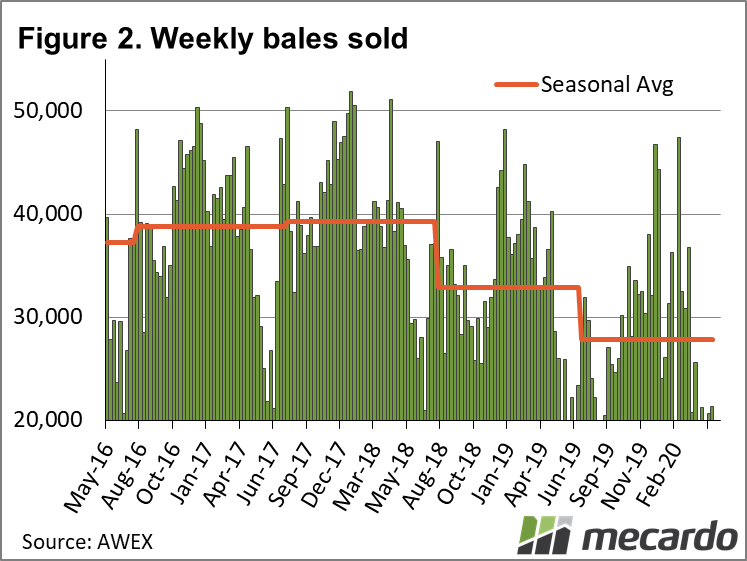