In an article earlier this week Mecardo looked at the turning cycle of fibre diameter in the Australian merino clip, which has implications for the relative prices of different micron categories in the coming 18 months. This article takes a look at where the micron premiums and discounts are currently situated.

To look at how these price differences look across time three price series (16, 19 and 21 micron) are shown in Figure 2 from 2011 onwards. By starting at 2011 the schematic picks up the 2011 cyclical peak, which was followed by the 2018 peak and now the 2021 recovery out of the Covid-19 induced downturn in 2020. As usual in the apparel fibre markets, in this case the merino greasy wool market, the different grades follow similar cycles and trends with the key variable being the relative price.

Figure 3 shows the premium for 16 micron to 19 micron (the main merino micron category by volume) from 2011 onwards, in both cents per kg and percentage terms. In the current market the premium in both proportional and cents per kg terms is slightly above the levels reached in 2011 and 2018. From the perspective of the past decade, this premium looks to be at maximal levels.

The converse of the fine micron premiums is shown in Figure 4, with the 21 micron discount to 19 micron shown in a similar format to Figure 3. The discount in cents per kg terms is very close to the extremes seen in 2011 and 2017, between 400 and 450 cents. The discount began to close in 2018 because the supply of broad merino wool, beginning in Western Australia and then spreading to eastern Australia, started to fall substantially.  This discount looks to be near maximal levels by the standards of the past decade.

Given the merino fibre diameter is moving from a broadening cycle, back to an unchanged level year on year (actually slightly finer) supply will start to work its effect on these extended merino micron premiums and discounts, narrowing them as the change in supply retreats from its trends of the past 18 months.

Agricultural commodities are produced in a system which is constantly changing, as farmers well know. Wool is no different exception. While fine wool premiums are very attractive at present they seem unlikely to last, as supply trends allow them to move from their current extreme levels back towards longer term average levels. For broader micron merino wool, this means the big discounts currently seen, will no doubt shrink. 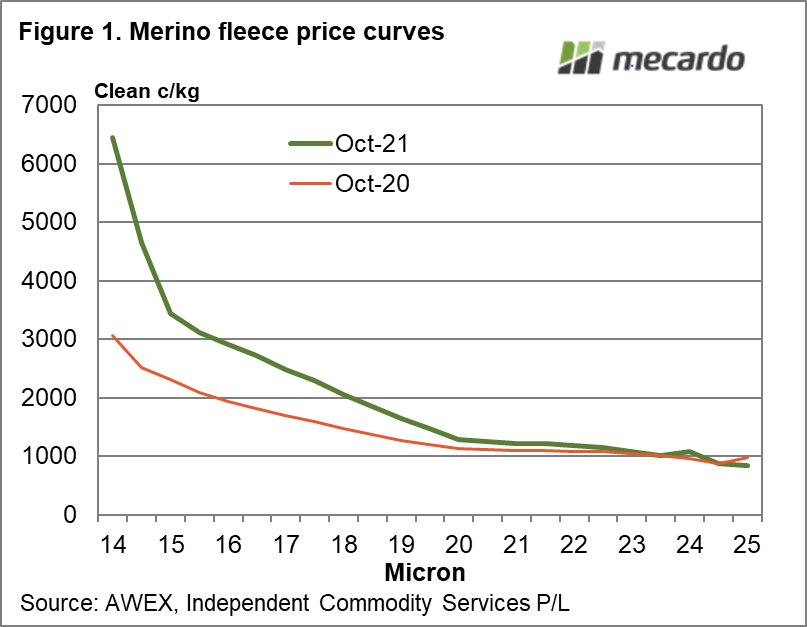 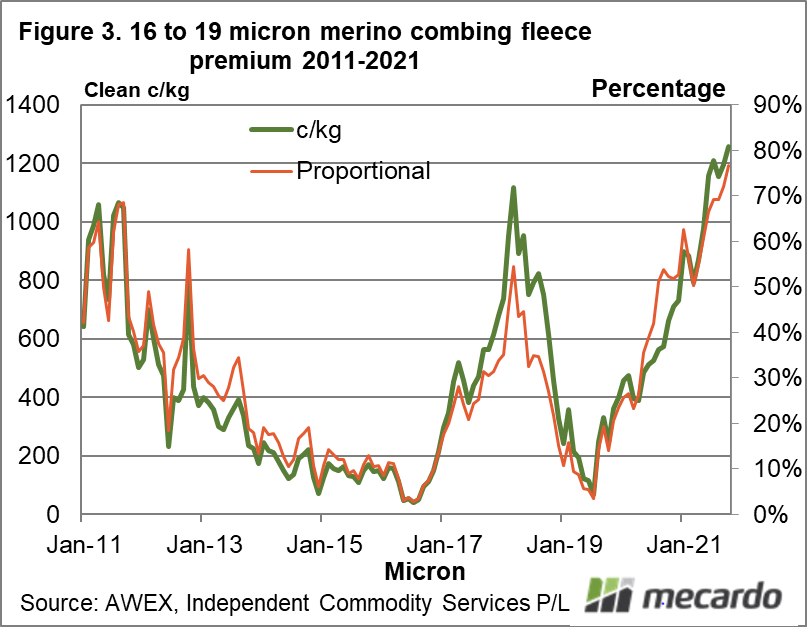 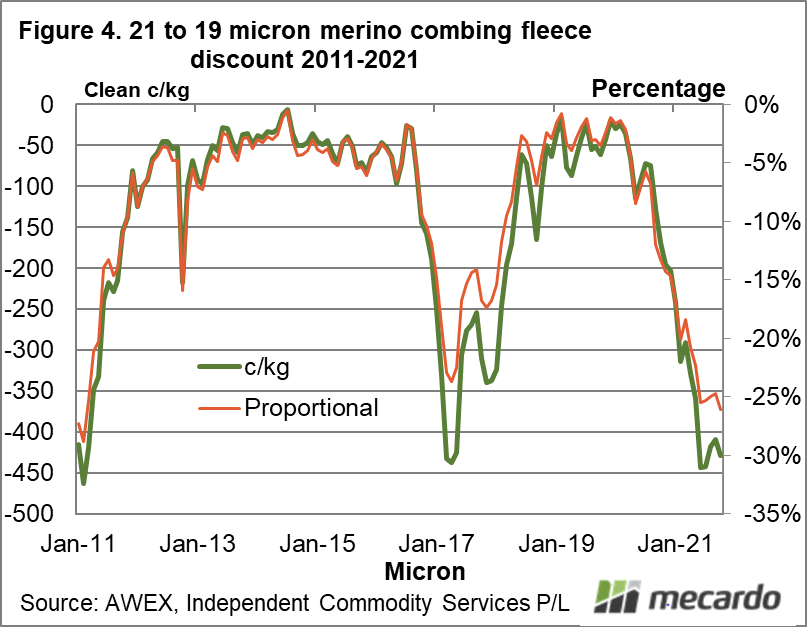