It's obvious to any producer that mice can be not just an annoyance, but a serious problem that can cause significant economic crop losses. The question is what impact could it have on Australian production for the 2021/22 winter cropping season?

According to the latest CSIRO/GRDC feralscan mouse monitoring report, mouse numbers have reached moderate to high levels in southern QLD, central NSW, and parts of SA and WA. This has potential to cause damage at sowing for the coming winter crop. In other areas, mouse numbers are considered low enough to not be of concern, with the exception of the Victorian Wimmera and Mallee.

No-till agriculture practices have reportedly benefited the mouse population, as burrows are not being routinely destroyed, continuous cover and protection is provided for the mice from the elements and predators in the paddock. However, the benefits of preserving soil structure which include superior moisture retention generally far outweigh any downside from increased pest pressure.

Historical research conducted by Brown & Singleton (2000) into the actual impact of mice on crops at sowing found that mouse densities of in excess of 200 mice/ha have the potential to cause plant density reductions at sowing in excess of 30% for wheat and barley crops. Pulse crops generally exhibited higher susceptibility to mouse damage. In terms of final yield, low levels of mice below 150/ha cause small yield reductions below 5%. Brown (2005) found that wheat plants are most susceptible to economic damage from mice as the crop development cycle progresses, as the ability to regenerate and adapt decreases with maturity.

In addition to the well-known impacts of mice, including consuming crops, destroying or contaminating grain and fodder stores, and damaging expensive equipment through their habit of chewing on wires; mice also pose some threat to animal health and productivity. Mice are a known carrier of leptospirosis, which has the potential to cause pregnancy losses in cattle, and a source of fatal botulism infection. Many producers routinely vaccinate their herds for leptospirosis and botulism, and considering calves have never been more valuable, the investment case has never looked as strong.

Mice can cause economically material losses to crop yield at populations of over 200/Ha, as crop emergence can be reduced by up to 30%. Actively monitoring paddocks for mouse activity is recommended by industry experts so that management strategies can be formulated- it is hard to control what is not measured. Impact to the overall Australian winter crop is likely to be minimal, as any losses will be limited to affected high population areas. That said, at the farm level, losses can be significant and many producers will attempt to manage with higher seeding rates and baiting. 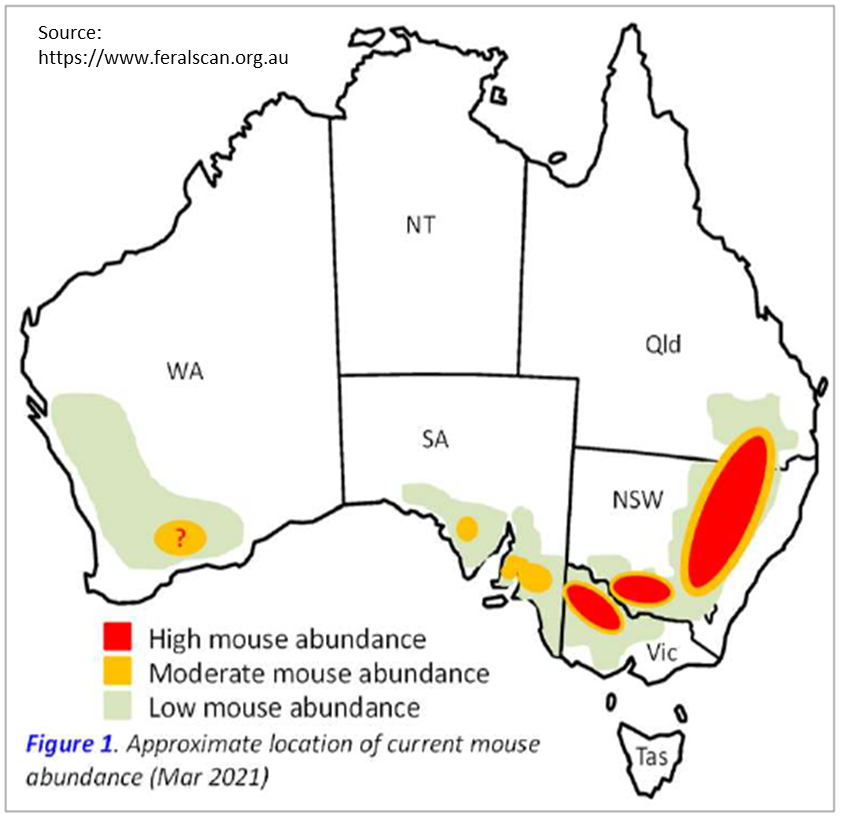 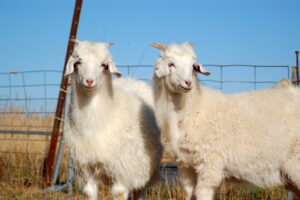 Is goat the GOAT?

As one of the first domesticated herd animals worldwide, goats have been used for their meat, fleece, hides and milk for more than two thousand