Mutton exports have hit the ground running this year, well above 2021 levels, and domestic sheep prices are holding firm at historically strong levels. Slaughter on the other hand has begun the year 28% lower year-on-year (on the east coast), and despite most processors having now overcome earlier Covid-19 caused slowdowns, sheep throughput has some making up to do, being down 100,000 head for the first five weeks of 2022. Yardings have also plummeted, down nearly 40% for the year-to-date compared to 2021, and 55% below the five-year average for that period - which is keeping the restocker market competitive, especially online.

The National Mutton Indicator has dipped ever so slightly below year-ago levels, but remains historically high at 592¢/kg – and reasonably steady for the past 12 months. As we can see from figure one, it is not unusual for the price to fall slightly at this time of year, before climbing higher through to April. The NMI spent July through to October at record highs for that period last year, but since then has followed a very similar line to the end of 2020 and start of 2021. If we look at the price compared to the five-year average, we can see consistent patterns at heightened levels, which can be put down to improved seasonal conditions, low flock numbers and good demand.

However we can gain further insight of the growth in the industry from looking back a decade, to 2012/13, where the NMI was as low as 100¢/kg. According to recent data from Meat and Livestock Australia, the NMI averaged 587¢/kg carcass weight for January, compared to the 10-year average price of the month of 362¢/kg – that’s a 59% premium. The 2021 January average of 597¢/kg is the only higher average for that corresponding month on record, and only the third time it was above the 500¢/kg mark. In comparison, January 2012 averaged 321¢/kg, and in 2013 that month averaged only 128¢/kg.

Mutton exports finished last year 1% higher, finishing 2021 strongly with November and December volumes higher both year-on-year and then the five year average. And they’ve kicked off 2022 strongly too, 19% above January 2021. China was crucial in this market last month, taking 12% more mutton year-on-year for January, and back above the five-year average. Also taking more mutton compared to last year was the US, Malaysia and the United Arab Emirates. Australia is the major mutton supplier to the US, making up 99% of the market share in November (latest data available) and in the past 12 months have upped their imports by 56%.

The picture is pretty positive for the sheep market in the short to medium term, with plenty of scope for increased throughput before it starts to impact demand, even as the flock figures rise and we wait to see what weather the autumn will bring. This should allow restockers to buy with confidence, knowing they are investing in a historically strong and relatively consistent product, and those with sheep to spare are reaping the rewards. 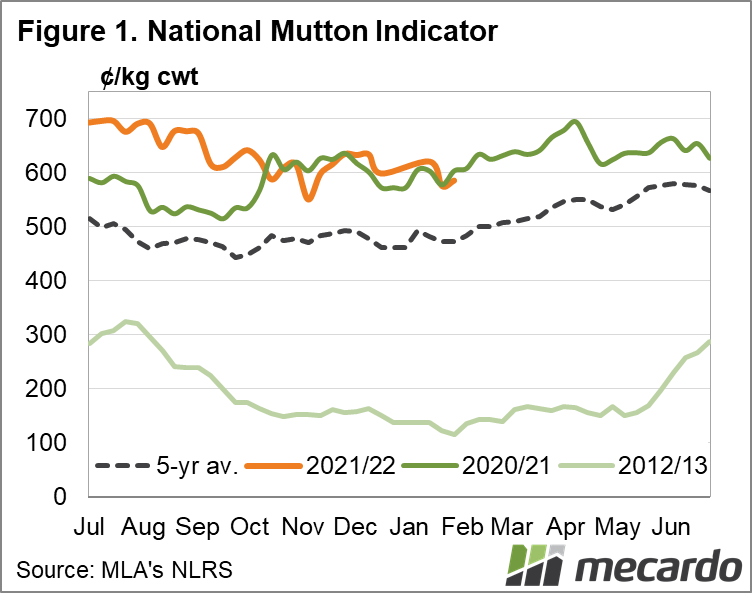 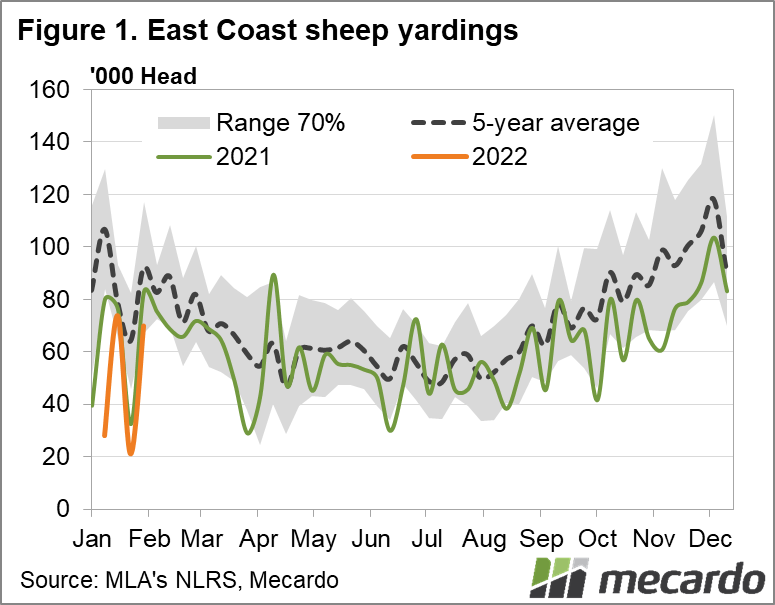