No records but still plenty of profits in sheep

A few weeks back we looked at the Victorian Livestock Farm Monitor Project (LFMP) cattle figures, with gross margins on the rise and rise. For sheep and lamb things still look very good, with lamb winning out in the south, and wool in the north.

The LFMP  is a benchmarking project in Victoria which delivers figures on the performance of farm businesses in Western and Northern Victoria, as well as Gippsland.  With historical data to compare to, it also tells us whether businesses are doing better or worse than in the past.

With a good season it was Western Victoria which had the best gross margin results, with lamb maintaining its record of being more profitable than wool.  The better fine wool prices saw wool enterprises outperform lamb in Northern Victoria, while in lamb was also in front in Gippsland.

Comparing to recent years (figure 2), Western Victorian gross margins were marginally worse than last year for both lamb and wool.  A slight decrease in average lamb prices was the main factor in lower gross margins for lamb enterprises, down from $170 to $162.  This also impacted wool enterprises, as did a decrease in wool cut per hectare, falling from 52kgs to 48kgs.

Despite the small decreases, figure 2 shows it has been five years of very good margins for Western Victorian sheep producers.

Figure 3 shows the long term data for Gippsland and Northern Victoria.  This project hasn’t been running for as long in those parts of Victoria, but the last five years have also been the best for Northern Victoria.

Gippsland has a lot more variation in gross margins, which seem to be less related to price, and have a bigger seasonal impact.

The LFMP has plenty of data behind the averages we’ve looked at here, and it’s worth a look.  In general we can see that wool production is more competitive in Northern Victoria than in the high rainfall areas.  We should note that Western Victoria has a fair range of rainfall from north to south which might influence the data.

Regardless of enterprise, we can see why land prices are on the rise.  Five years of very good gross margins are no doubt adding value to land and seeing growers wanting to expand. 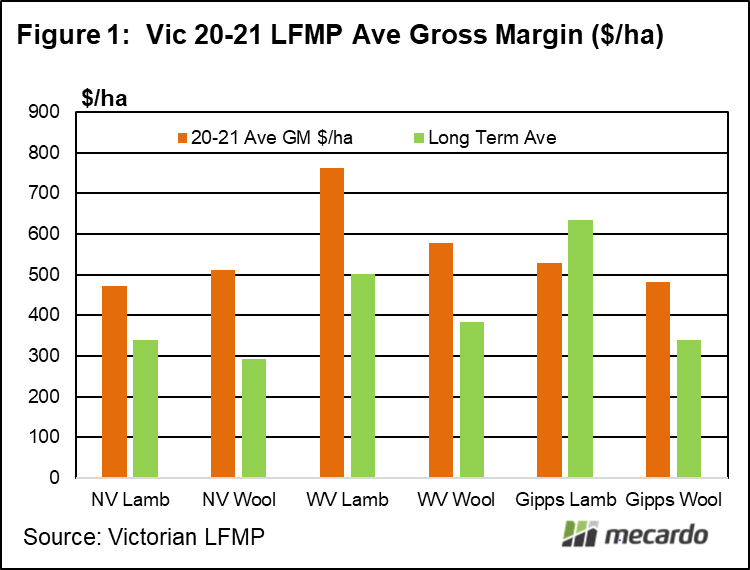 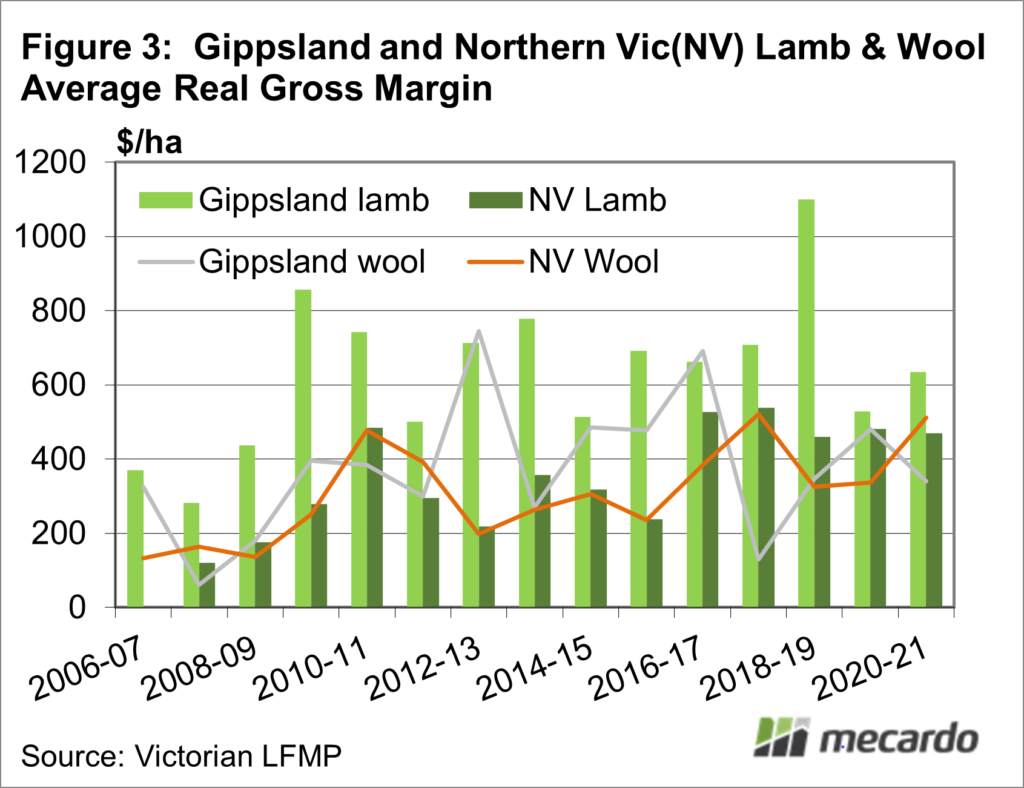