Offering down and prices up

This week it was the fine end of the clip that lifted the market in a week where a much smaller offering came forward. 19 MPG and finer added between 24 & 54 cents, with AWEX reporting that it was only losses in the broader Merino section, crossbreds and cardings that prevented the EMI from posting even higher levels.

At Fremantle sales, the Western Market Indicator (WMI) posted a similar result, gaining 11¢ for the week to settle at 1,361¢.

Again the fine wool premiums have come under notice. Using the 17 MPG premium (basis) over 21 MPG paints a good picture of the situation. Comparing the same sale last year, the premium has grown from 317¢ to 1,020¢. The Southern 17 MPG is 700¢ higher than year-ago levels, while the 21 MPG is at similar levels.

The Crossbreds struggled again this week, recording overall losses for the third consecutive sale. AWEX reported 7 to 18¢ falls, with the 30 MPG falling 7¢ while the 32 MPG gave up 18¢ in Melbourne.

Cardings were mixed with the indicator down 4¢ in Fremantle, up 9¢ in Sydney & down 9¢ in Melbourne.

This week on Mecardo, Andrew Woods looked at fine Merino volumes and price. Increasing supply from the mid-1990s to 2010 explains the increasing gross sales value.

Since 2010 median gross sales value for 16-18 micron wool sold at auction in Australia has been US$590 million with two exceptional seasons where the expenditure was 55% higher.

The question is now whether the US$590 million gross sales value is the norm about which supply chain expenditure varies.

Next week there are 47,028 bales listed for sale across the three principal selling centres. All centres will sell on Tuesday & Wednesday with Melbourne also selling on Thursday. 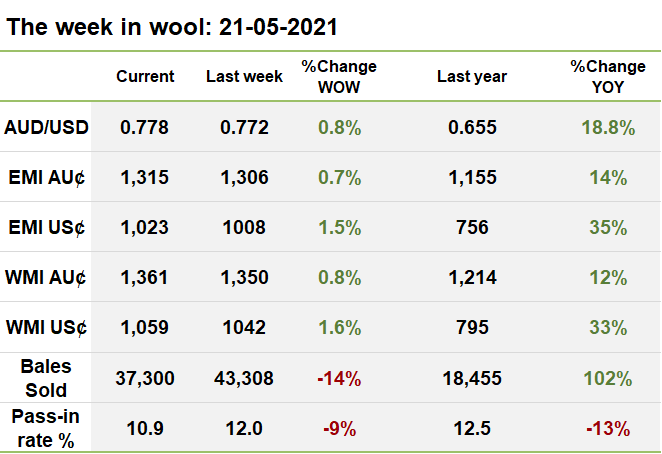 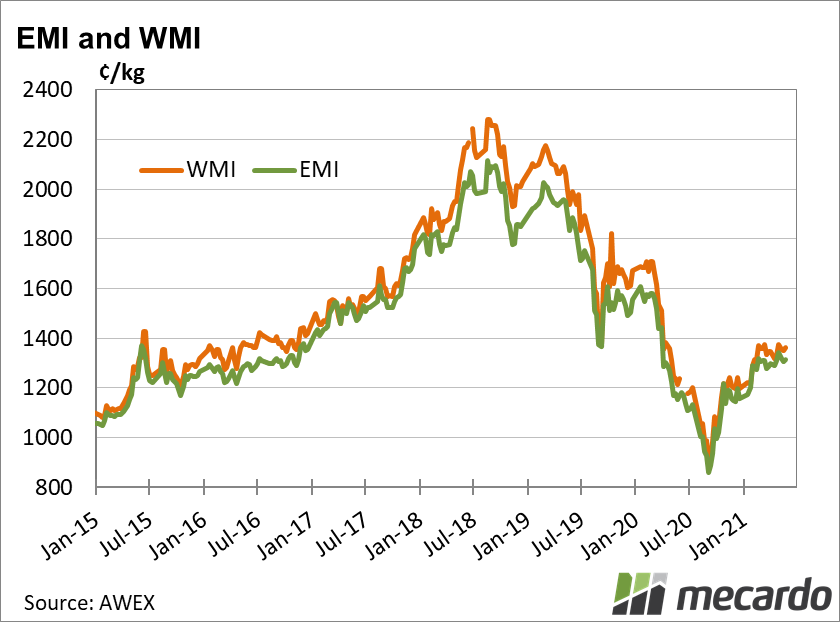 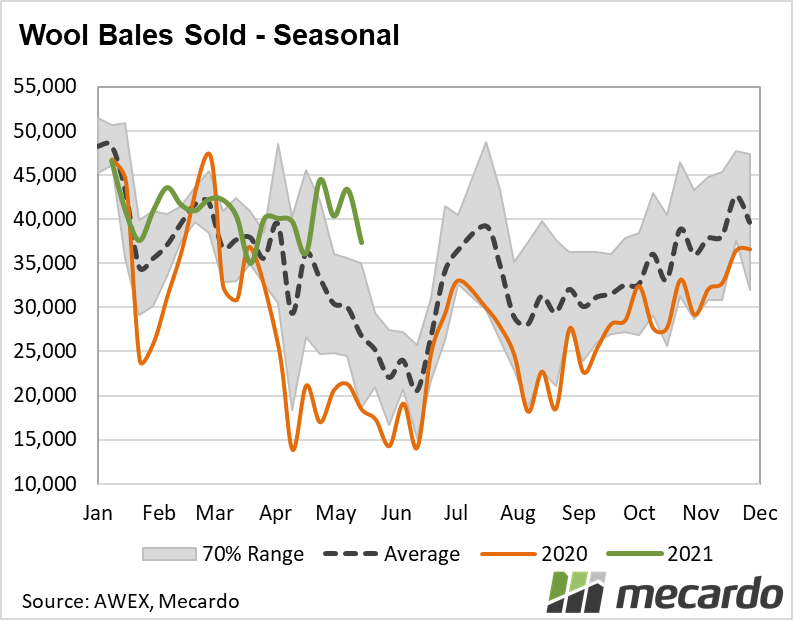 It was green across the board again for all MPG’s and indicators, bar the 20 MPG in Melbourne which only slipped 1¢. The second last Readers have been asking about quality scheme volumes, trends and price effects. This article has a look at recent volumes and trends in volumes for

16 micron and cashmere prices – an update

Mecardo looked at fine merino and cashmere prices in April, concluding fine merino prices were in the middle of their range in relation to cashmere

It was a steady but solid start to the selling week, however this soon changed as buyers became animated, bidding strongly across all categories. This