Opposite supply and price records in east and west

There has been plenty of talk about rainfall in NSW and Queensland and the subsequent drop in supply. There has been less talk, at least in the east, about the goings-on in WA, but things are following a similar trend there.

March was wet for most of Australia. Figure 1 shows that more than half the country had above average rainfall, with many area receiving rainfall above the 90th percentile.  We know what happened in NSW and Southern Queensland, but large parts of WA also had above-average rainfall.

The week leading up to Easter is usually pretty light on for yardings, but the last two years has seen some extraordinarily low levels.  The low yardings in 2020 were partly due to Covid uncertainty, which was gripping everything this time last year. No such issues this year, but yardings just as low.

On the east coast, just 20,758 head of cattle were yarded.  Figure 2 shows last week yardings were just above the low set in 2020, but we might see this eclipsed this year.  If we look at the last month, east coast cattle yardings were down 46% on last year, and 37% down on the five-year average.  For the year-to-date, the yarding figures are 33% and 35% lower than 2020 and the five-year average respectively.

WA is a much smaller cattle market.  Year to date cattle yardings in WA have been roughly equivalent to an average east coast week from 2020.  Regardless, it’s worth taking a look at what’s going on in the west.  Figure 3 show WA yardings were low in March, and extremely low last week.  The 788 head yarded in WA was the lowest level since the same week in 2013.

The lower yardings in WA in March and last week have driven the Western Young Cattle Indicator (WYCI) to within 5% of the magic 1000¢ mark.  It’s remarkable to think the WYCI has almost doubled in two years, and tripled in eight (figure 4).

The EYCI also hit a new record last week, before easing marginally late in the week.  It’s interesting to see the EYCI lagging behind the WYCI, but it can be partly explained by WA having more vealers in the indicator, and the EYCI, a greater mix.

It takes both supply and demand to create record prices, and we can see from the figures that supply is playing a major part.  We’ll have to wait a week or so after Easter to get a handle on where markets will settle, but it looks unlikely the market will be able to push too much higher. 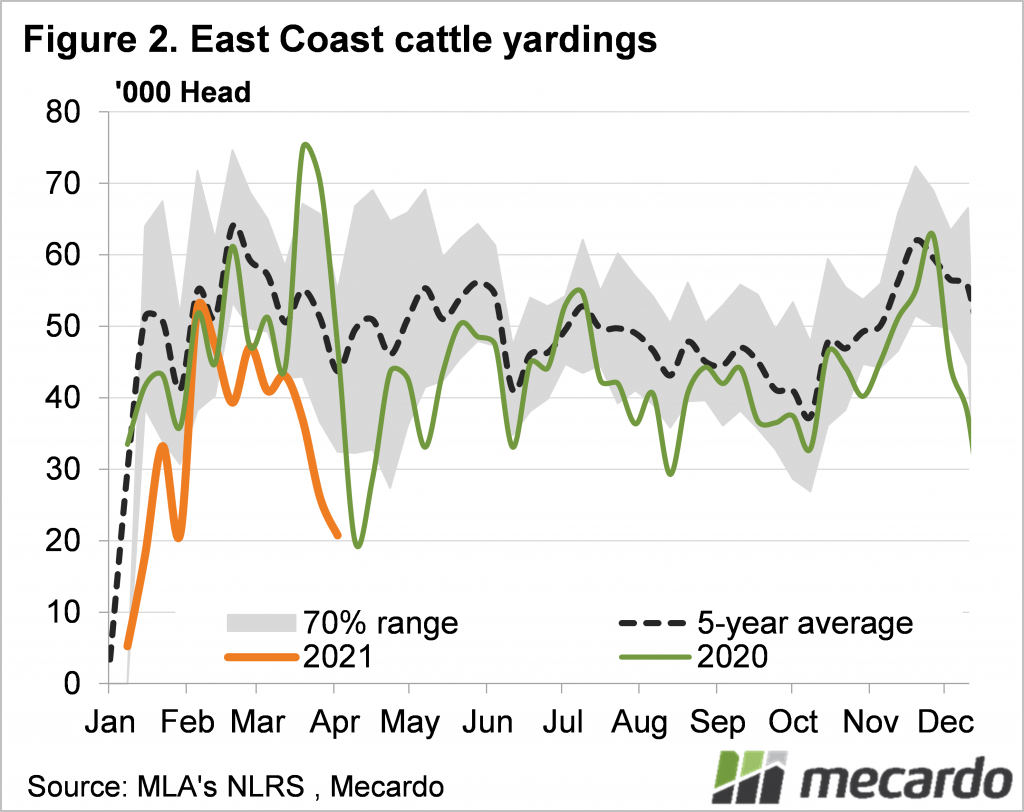 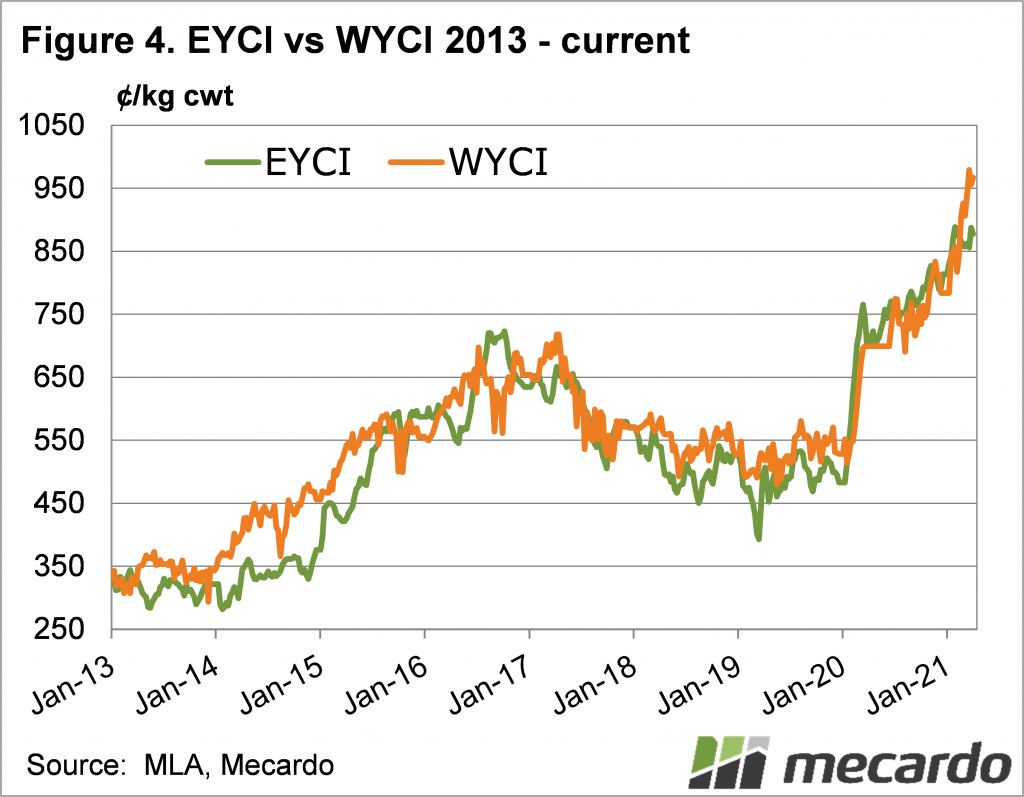