In March Mecardo looked at a merino price series over the past century, investigating when the largest down cycles (peak to trough) occurred. At the time the greasy wool market was down a regular 30% on 2018 peaks. This article continues on from it, adding the COVID-19 effect to the analysis.

In March Mecardo looked at a merino price series over the past century, investigating when the largest down cycles (peak to trough) occurred. At the time the greasy wool market was down a regular 30% on 2018 peaks. This article is a continuation of the previous, adding the COVID-19 effect to the analysis.

In Figure 1 the price series has been pushed back to 1911 (it’s marvellous what can be found looking through old computer files) and has been deflated to reflect more comparable to current values. 1951 stands out as the peak price point along with high price levels during the First World War. The 2018 peak price took the deflated price back up to late 1988 levels, and now the 2020 downturn has taken the merino price back down to levels last seen briefly in 2009 and before that in 2000.

Figure 3 shows the reverse analysis, trough to peak rises. The price is compared to the lowest level of the preceding five years. In the first half of the 20th century rising price cycles typically rose by 150% to 200%. Volatility fell away in the 1950s and during the period of the Reserve Price Scheme before its self-destruction. Since the late 1980s the standard rising cycle in deflated prices has been 100%. History says, that in looking on the other side of the pandemic, we can build in an expectation of a rising price cycle where prices potentially double. The timing, however, at this stage is most uncertain.

The current down cycle in merino prices (down 60%) is a large one but not yet as large as the four main down cycles of the 20th century, which fell an extra 10-15%. Unfortunately, this means historically there is some precedent for further downside in the coming months if demand does not improve. On a brighter note most of the downside has already occurred for the cycle. Now, the uncertainty centres on time, and how long before we can expect prices to start picking up. 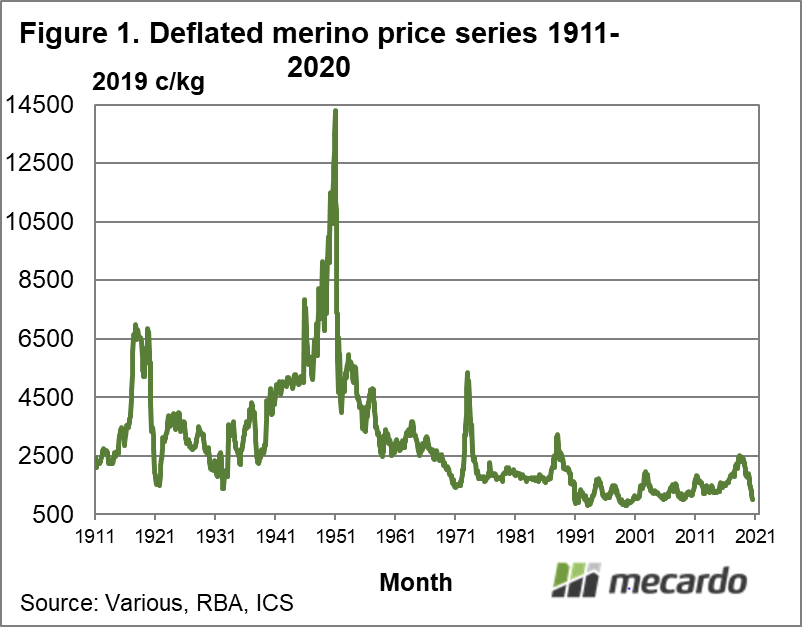 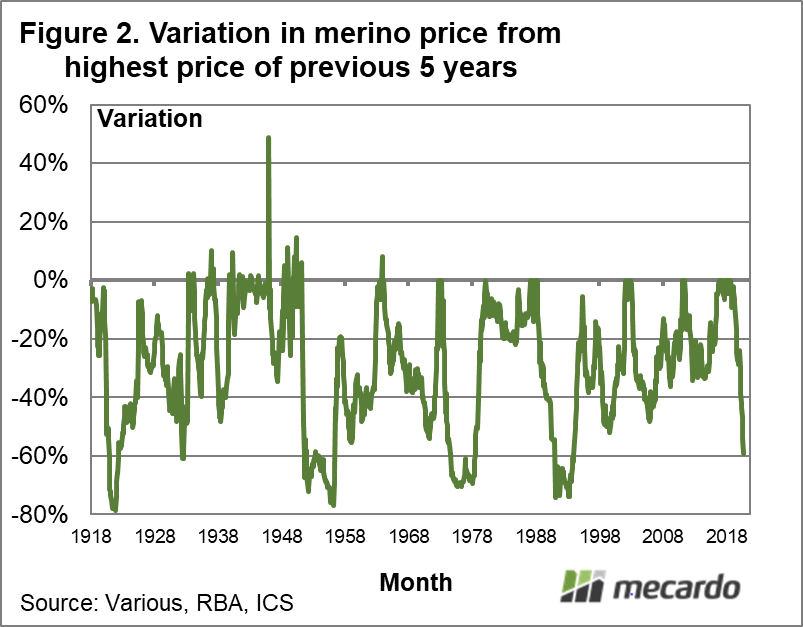 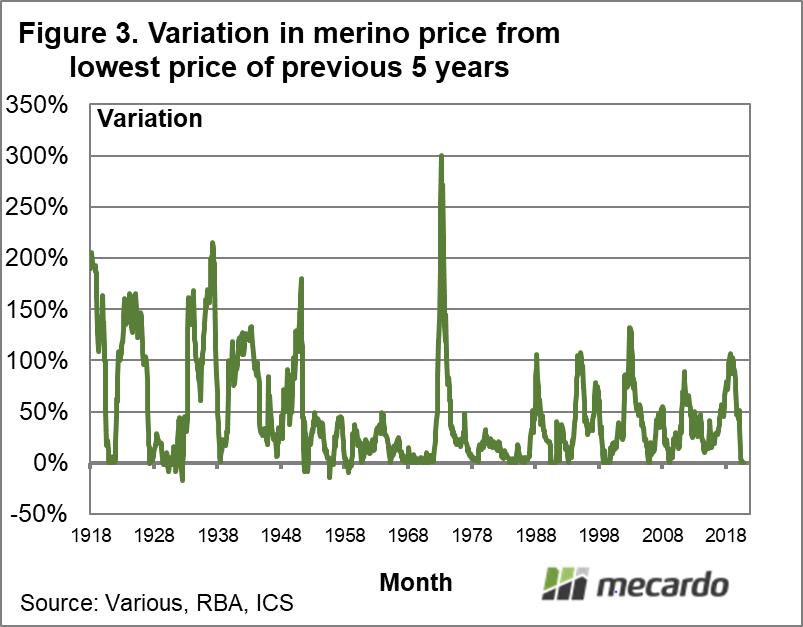