The mutton market hasn’t hit the highs of this time last year, but is still offering good returns for those with sheep to turn off. Restockers remain active in the ewe market, looking for anything that can quickly turn grass into dollars, and it is no surprise supply has considerably tightened.

As we head into the traditional joining period there could be producers using outcomes to trade-up, but the average weekly sheep slaughter figures head downwards from now on, and don’t start to increase again until well into winter.

The National Mutton Indicator (NMI) is trading at 618¢/kg which is 20¢/kg lower than last week and 44¢/kg lower year-on-year. But don’t worry, there is still plenty of money in mutton. If we look at the mutton price on a monthly basis, last month was the strongest January on record for the NMI, at 595¢/kg – an increase of 25/¢kg on January 2020, and well above the five-year average for the month of 413¢/kg. The five-year average shows the NMI usually loses about 16% from December to January, but this year’s data has January dipping just 1¢/kg on December.

The NMI and Eastern States Trade Lamb Indicator gap has widened from the sub-20% figures seen during last year’s peak mutton price, where the monthly average price record was broken for nine of the months for the year. It is now sitting at about 28%, still below the five-year average. This discount was as close at 16.4% at the end of November.

Total sheep slaughter fell 36% year-on-year in 2020 (read the latest on this here) and so far, is tracking 22% lower again for the first eight weeks of 2021. And while producers looking to buy in ewes are no doubt being hit in the hip pocket, our export markets are really struggling for supply. Mutton exports totaled just 9371 tonnes shipped weight in January. That is just half of what Australia exported in January 2020. And historically, January has the highest mutton exports for the first six months of the calendar year, with volumes generally falling through to July. It was product to the US which was impacted the most heavily, down 77% compared to January 2020.

Mutton prices are still historically strong, and tend to head in a positive direction from now through to mid-winter, as sheep slaughter goes in the other direction. Much like for the cow job, which we discussed earlier in the week, good returns on cull ewes, and very strong lamb prices, could make this the perfect time to get rid of those old or non-performing breeders and buy-in (if you can find them) or breed up. But get your timing right – if you’ve got the grass and cash, it could be worth waiting to see if the mutton price firms up further into the year before putting them on the truck. 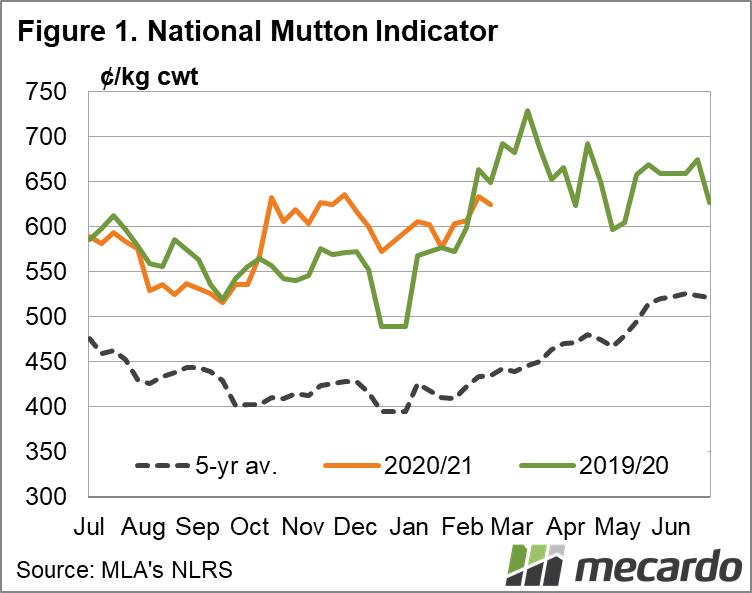 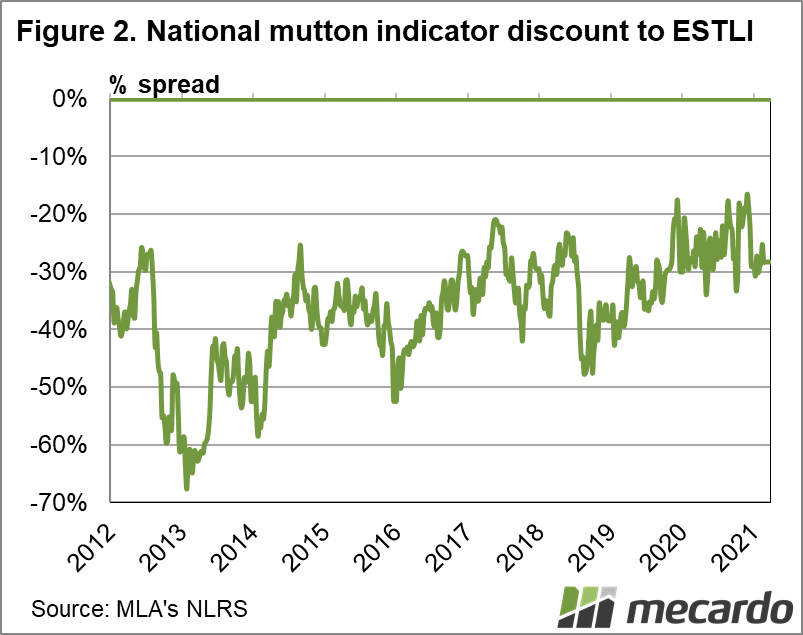