Positive signs for lamb across the ditch

There are really only two places lamb and sheepmeat importers can go to find their supplies, with Australia and New Zealand dominating the markets. As such, it is always worth keeping an eye on what is happening with lamb supplies and prices across the ditch.

Since 2003 the number of breeding ewes in NZ has declined 38%, and over the past 10 years it has been 19.5%.  Even this year, when lamb prices have never been better, Beef+Lamb NZ are forecasting a small 0.5% reduction in breeding ewes.

With the decline in ewes, there has been an increase in efficiency.  The lamb crop, which is the number of lambs marked, has also fallen heavily over the past 20 years, but figure 2 shows there have been more years of increase, and the fall hasn’t been as heavy.  Since 2003 the NZ lamb crop has fallen 31%, while the decline since 2012 has been ‘only’ 12%.

This year Beef+Lamb NZ are expecting a small increase in the lamb crop, but it is largely insignificant in the face of improving demand.

Figure 3 shows New Zealand has enjoyed a price rise in recent times, with prices reaching record levels of $NZ165/head in October.  NZ lamb supply is at it’s lows at this time of year however, and it will be interesting to see if prices can hold when the flush comes in the autumn.

Even in the long term, it doesn’t look like NZ can improve lamb production, short of efficiency improvements.  With little capacity to grain fed, and dairies unlikely to convert back, it looks like any growth in sheepmeat production will have to come from Australia. 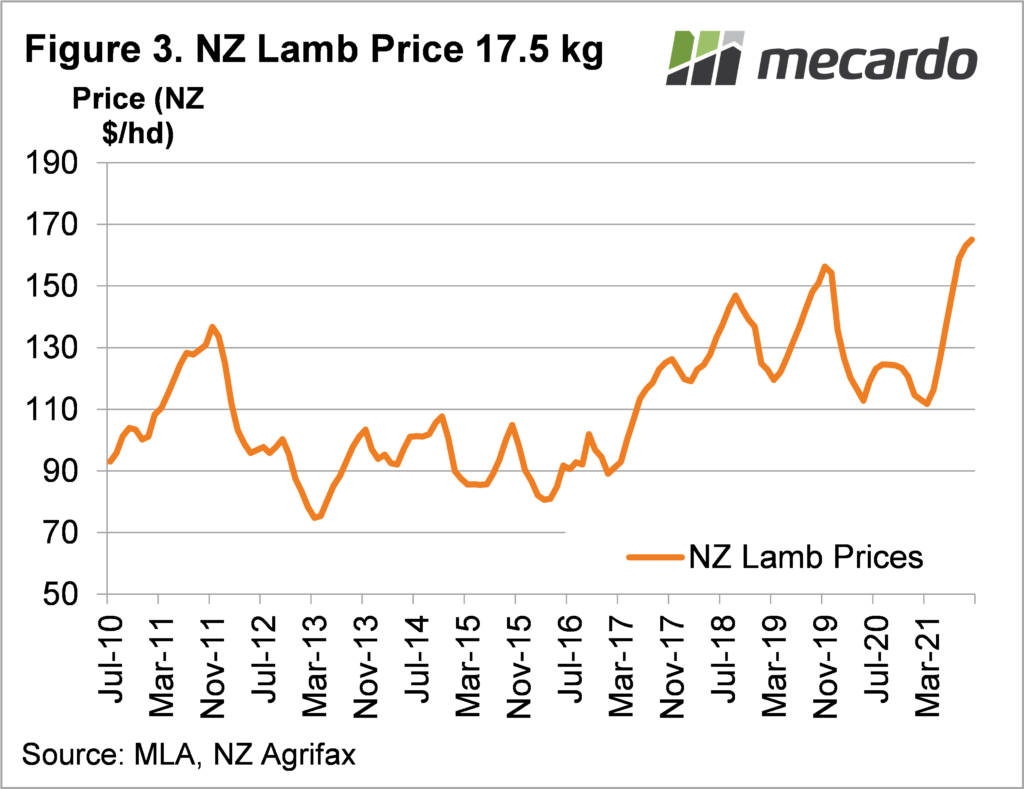