An explanation of the method used to define price volatility was given in the article published earlier this week (view article here). Wool prices tend to follow the general cycles and trends of apparel fibre prices (view article here), where occasionally circumstances force a price series to go its own way (think of cotton in 2011). Given these quite strong correlations between fibres, how do price volatilities compare?

In Figure 2 price volatility for merino is compared to feedstock price series. Feedstocks are the raw materials for manmade apparel fibres (MEG for polyester staple, AN for acrylic and Caprolactum for nylon) so they represent the upper part of the supply chain similar to greasy wool (which is the raw material for wool tops and yarn). The feedstock price series do not cover the full 40 year period, generally beginning in the late 1980s. Interestingly they are more volatile than the merino series. It is not surprising that feedstock prices would be more volatile than their associated manmade fibre prices but it is something of a surprise to see them noticeably more volatile than for merino. 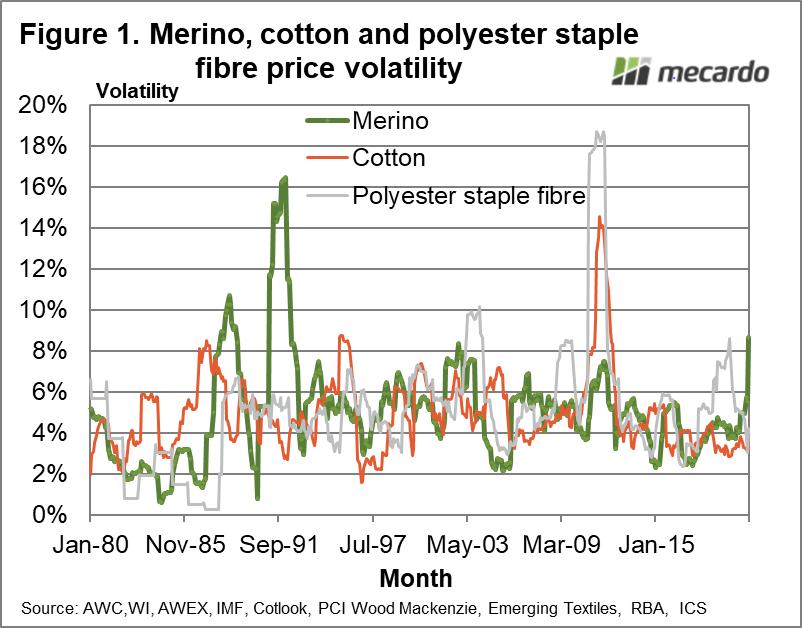 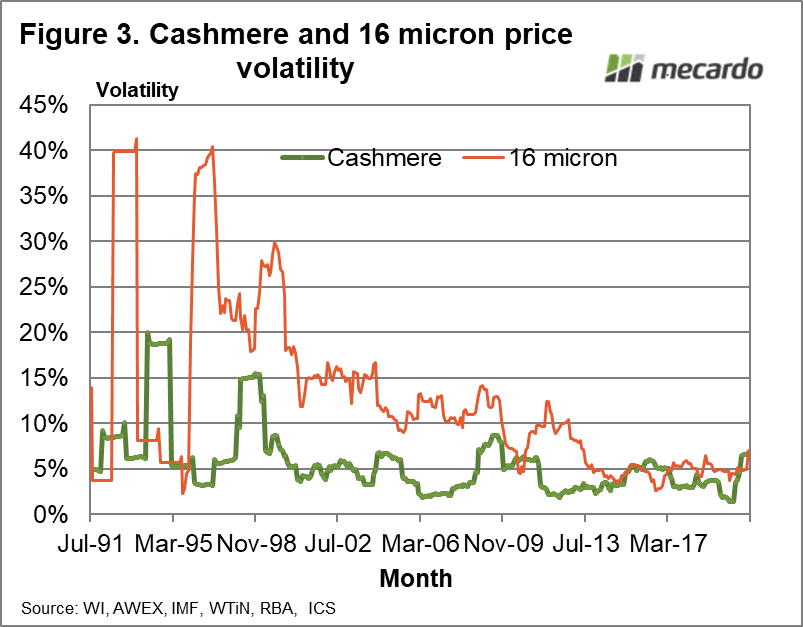