A comment from a journalist this week has prompted this article. The comment in the form of a question asked why wool prices were so volatile, in relation to other commodities. The wool industry does tend to beat itself up about price volatility, so this article compares merino wool price volatility to some other common Australian farm commodity prices.

Two articles last week looked at wool and apparel fibre price volatility. An explanation of the method used to define price volatility was given in the first of the two articles. This method has been used again in this article – basically looking at the month to month price variation over a rolling 12 month period.

Using the definition of price volatility employed in this series of articles the merino wool price has been if anything less volatile during the past three decades than companion commodities. Perhaps the definition is not quite right. In Table 1 a rough count is made of the peak to trough (view earlier article on this topic) down cycles suffered by commodity since the 1990s, with the size of the fall (from the highest price in the preceding five years) shown. Lamb has had the best run with only three down cycles of approximately 50% (the price fell from the previous peak by half). The other commodities (wheat, merino wool and beef) have each had five down cycles of varying magnitude with the trade steer series having the mildest downturns.

The wool industry is entitled to feel somewhat bruised after the fall in prices suffered in 2019 and then again in 2020 as the combined downturns have resulted in a major down cycle. However a look at price volatility since the mid-1990s shows that wool prices have had a similar number of down cycles to wheat and beef, on par in severity to wheat.

Even lamb, which boomed on the back of declining international supply, has had two major down cycles in the order of 50%. Price volatility is part and parcel of the commodity game. It if is a major issue at the farm level there are ways to reduce it, however the lack of take up in risk management tools points to a limited appetite from Australian farmers. 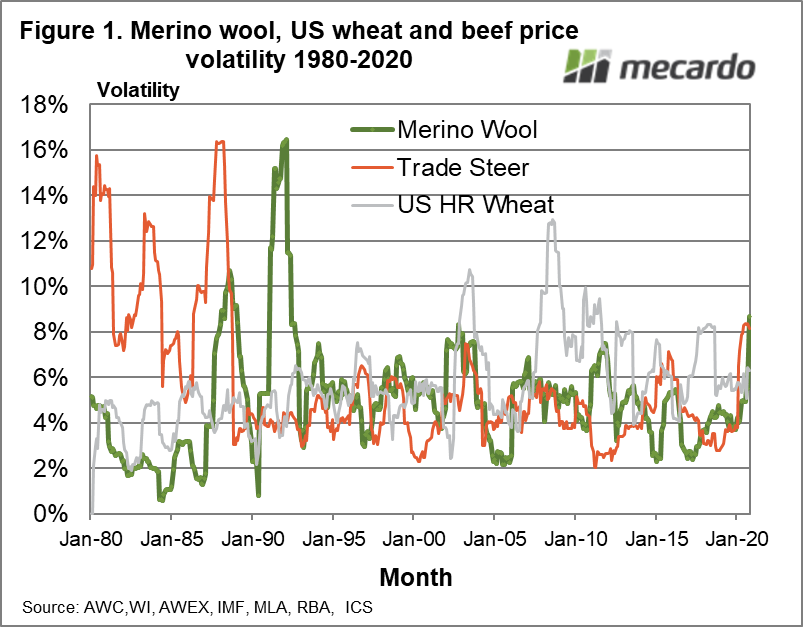 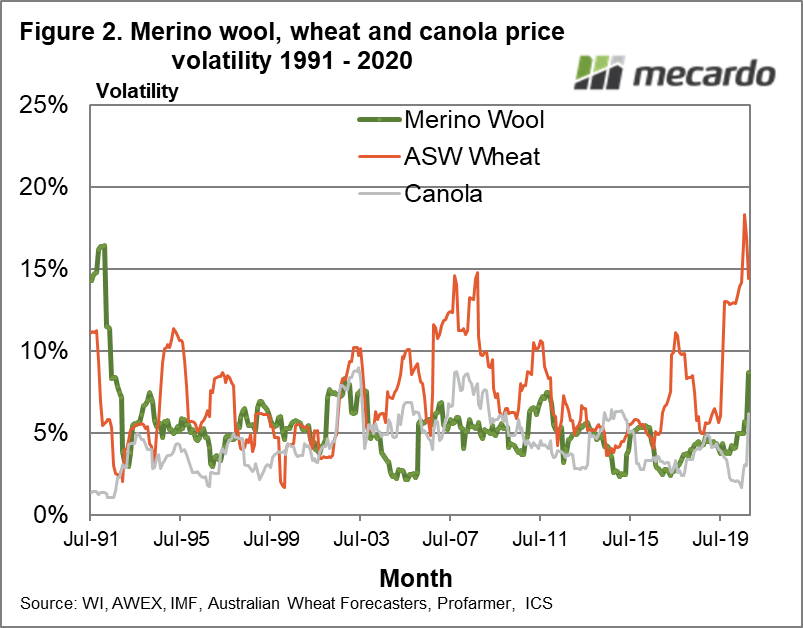