Another week of declines to report, with the EYCI down, and almost all categories losing ground despite the combined support of higher slaughter and lower yardings tightening the supply demand balance. The bright spot was Processor steers, which rebounded admirably back to last weeks levels. The slaughter outlook took a double blow, with JBS Dinmore in QLD to be scaled back long term, and VIC COVID-19 restrictions set to drag on till November.

East coast yardings fell 5%, reversing half of last weeks’ increase, probably on the back of the discouraging dip in prices we saw last week.  The states were a mixed bag, with the big state of QLD’s 25% dip significantly offset by a 25% increase NSW’s smaller marketplace, with VIC relatively steady, and the typically volatile SA seeing a 37% jump.

Overall a 5% decrease in numbers saw 41,993 cattle yarded on the east coast for the week ending 4th September, which is 30% off the pace of last year. Slaughter numbers, saw a healthy increase, up 4% from the prior week, bringing the pace back up to where we a couple weeks ago.  A total of 105,974 cattle were processed, which is down 28% compared to the same time in 2019.

This week provided no good news for the slaughter demand outlook. On the Victorian front, announcements were made on Sunday that the processor restrictions could drag on for even longer, as long as late November. Furthermore, JBS also declared it’s longer term intention to scale back its Dinmore QLD operations, dumping its second daily shift and 600 workers in an effort to retain its best workers with full time employment instead of the 60% fraction the entire workforce was operating at recently.

The Eastern Young Cattle Indicator (EYCI) eased again, with a 2% fall bringing it down to settle at 767¢/kg cwt. We can still be positive about this though, as the EYCI is still on par with where it was back in July, which is 61% above where it was last year.

On the categories this week, red ink is staining most of the board again, with the only bright star being a reversal of fortune for processors, which bounced back to where they were a fortnight ago, while all other categories slid backwards, including restockers losing favour for the second week in a row.

The vibe was upbeat for processors, rebounding back up a pleasing 20¢ (5%), to return back to the level of 401 ¢/kg lwt; but this was the only good news on the board for the week. Restockers seem to have lost some of their appeal of late, with restocker steers dropping another 7¢ (2%) to end the week at  and feeders followed suit.

On the international front, the 90CL Frozen Cow price remained relatively steady, barely moving a smidgen to lose a measly 1¢ (2%) to finish the week at 665¢/ kg.  The Aussie dollar continued its retreat in response to increased US strength, falling back a welcome 0.5% to 0.7276 US.

We are seeing some reasonable rainfall forecast across the east coast, especially down in southern Victoria and SA over the next week. This may provide a confidence boost and help to tighten supply a little as producers hold onto their stock and lift demand for restockers again. 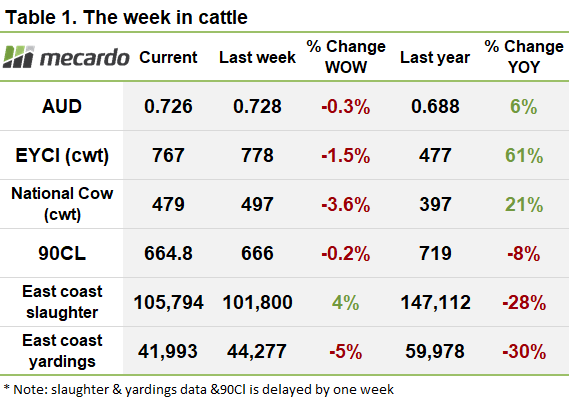 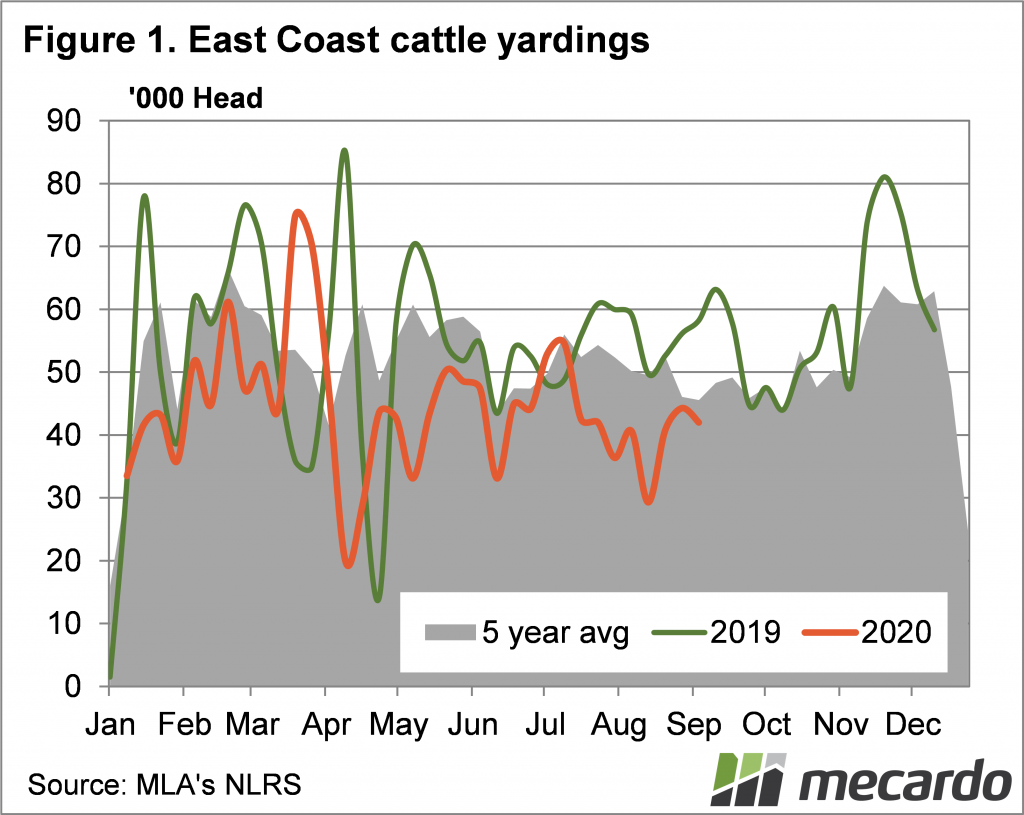