Lamb and sheep markets were broadly stronger this week. Noteworthy gains were made on store lambs and those at trade weights. Mutton managed to move higher again, remaining at around a 20% spread to the Eastern States Trade Lamb Indicator.

Last week was another busy one for processors. East coast lamb slaughter was up 1% on the week prior, with 345,218 lambs processed. This was 16% higher than the five-year seasonal average. A decline in lambs slaughtered in Victoria was more than made up for by South Australia, where an additional 15,735 lambs were slaughtered on the week prior.  In comparison to the five year seasonal average for this time of year lamb slaughter was up 7%. Sheep slaughter in the east also lifted 5% on the week.

Total saleyard lamb throughput in the east for the week ending the 11th of June was 10% lower than the week prior, dropping to 158,200 head. This is typical for this time in the season. While numbers lifted slightly in Victoria, all other eastern states saw fewer head yarded. In the west, lamb yardings remained at just over 10,000 head.

There was little movement in Heavy and Merino lamb prices on the week, but Restockers lambs gained in all states. The National Restocker Lamb Indicator lifted 29ȼ to 828ȼ/kg cwt, sitting just 6ȼ under the same time last year. Light lambs also improved 11ȼ on the week to 792 but remain 64ȼ under year ago levels.

The National Mutton Indicator lifted 2% on the week to 653ȼ/kg cwt. Further upside as supply tightens will be tied to how far lamb prices climb this winter. The spread between mutton and lamb prices usually narrows in winter, however the spread has been sitting at what are historically very small levels for much of the last 18 months.

Victoria and New South Wales, Tasmania all received plenty of the wet stuff in recent weeks, with parts of South Australia and Western Australia also pleased with the contents of the rain gauge. Couple the decent rainfall with the normal seasonal tightening of supply expected in the weeks ahead and we’re likely to see further price improvements still. 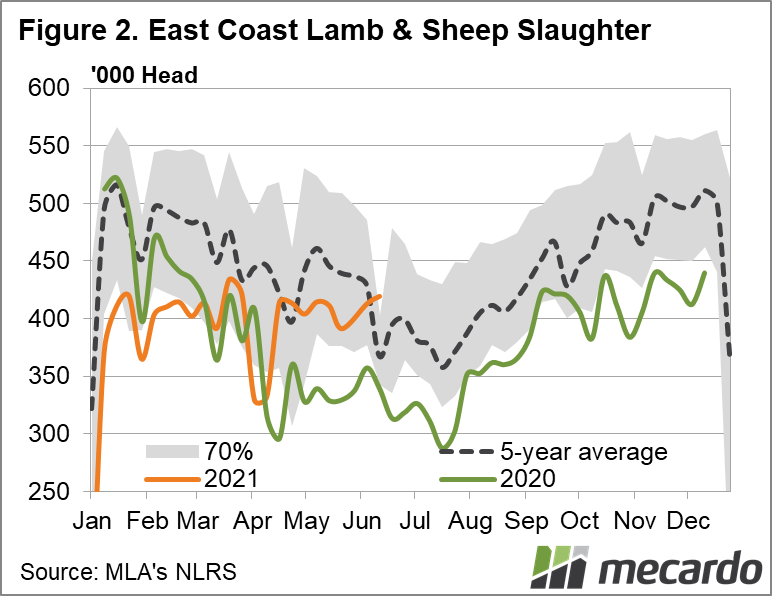 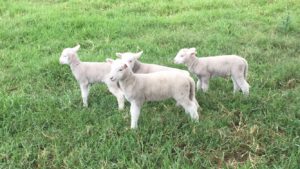 It was a week of wins for those that sent lambs and sheep to the saleyard. While no records were made and so we won’t Traditionally it is last week that marks the low for lamb supply. NSW new season lamb and sheep generally start to hit the market in Many farmers will have recently received their annual Australian Bureau of Statistics (ABS) survey for the 2020/21 statistics. The 2019/20 stats were quietly released in