Lamb supplies are close to levels of the same time last year, yet prices in the east continue to sit at a premium. To say demand for our limited supply of sheep is strong is an understatement. On a cents per kilo basis mutton, in some eastern states is even more expensive than lambs in the west.

East coast lamb slaughter lifted 10% for the week ending the 13th of November, which was on par with the number of lambs processed at the same time last year. Victorian lamb slaughter picked up some pace last week but is still trailing 7% under last year’s levels, it was NSW that picked up some of the slack.

East coast yardings fell 10% compared to the week prior which wasn’t an unusual move for this time of year. The drop can be put down to a massive decline in throughput in NSW where 32% fewer lambs were yarded compared to the previous week.

Despite Victorian lamb supply starting to flow, albeit slower than last year, the Eastern States Trade Lamb Indicator (ESTLI) managed to hold ground. It was only in South Australia that lambs were marginally cheaper on the week. Victorian Trade Lambs were up 7 cents to 769¢/kg cwt, while in NSW they were more expensive still at 797¢/kg cwt. The ESTLI gained one cent on the week to settle at 773¢/kg cwt.

The ESTLI is still 55¢ stronger than the same time last year. It wasn’t Restockers bolstering the market this week. The National Restocker Lamb Indicator lost 39¢, falling to 893¢/kg cwt, which is still a hefty 139¢/kg cwt premium on last year.

Sheep slaughter was higher last week at 92043 head processed. It’s no wonder muttons at record highs relative to lamb when supply is 45% lower than this time last year. The National Mutton Indicator was steady at 624¢/kg cwt this week.

Lamb prices in the West found some strength this week. Trade lambs were up 9¢ to 646¢/kg cwt and Merino lambs up 35¢. Mutton prices are still behind the east coast, at 506¢, while restocker lambs look very cheap at 611¢/kg cwt.

We’re still waiting for lamb supply in Victoria to take off with force and supply in South Australia may face some short-term disruptions due to the lockdown. While the eastern market is still currently trading higher than 12 months ago, even a move towards last year’s seasonal low where the ESTLI hit 698¢/kg cwt in December 2019 is an attractive price. 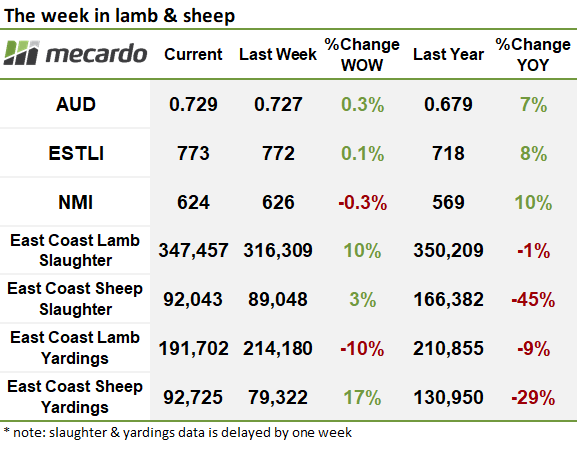 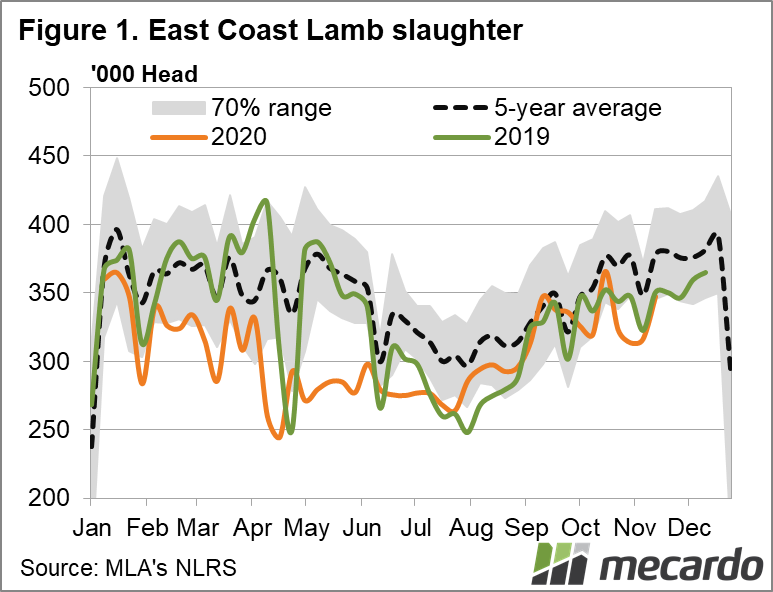 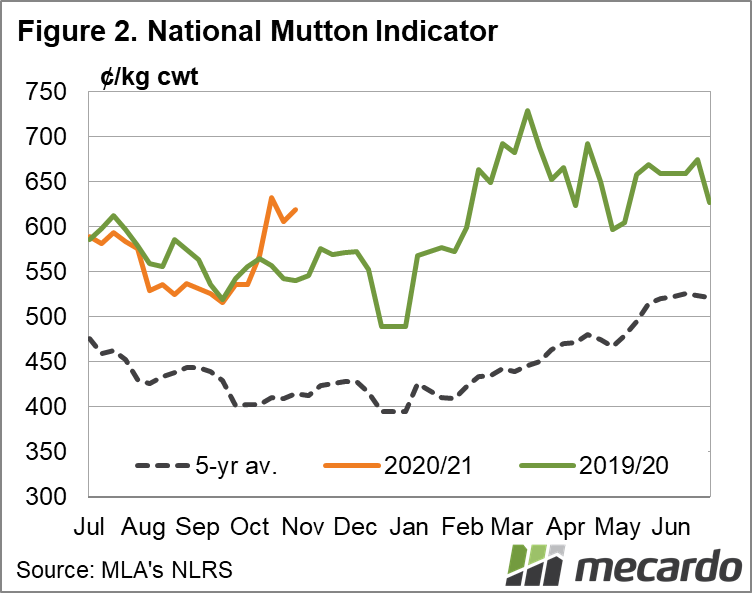