As outlined in last Friday’s comment, global wheat markets seem to have moved past this year’s production and shifted focus to the 2021-22 crop. It’s worth taking a look at the latest World Agricultural Supply and Demand Estimates (WASDE) however, as it offers a sobering look for the current price rally.

The United States Department of Agriculture (USDA) couldn’t dampen price rallies when it released its October WASDE report.  This is despite another lift in global wheat production, and a lift in ending stocks, which, if it comes to fruition, will leave the world with record wheat supplies at the end of the 20-21 season.

Figure 2 shows the global supply and demand scenario for wheat, with production, consumption and stocks all reaching record levels.  The latest report added 2.1 million tonnes to lift global stocks to 321.5 million tonnes, 7.4% above last year, pushing the stocks to use ratio to 42.8%.

These numbers need to be read with some caution however, and the market appears to be doing that.  More than half the world’s wheat stocks are held in China, which has lifted stocks this year by 13mmt.  These stocks are not available to the rest of the world.  Global stocks minus China are still at a record however, just surpassing 2017-18.

The main changes in 20-21 wheat production was a 5mmt lift from Russia, as spring crops were adjusted, and this was partially offset by falls in Ukraine and Canada.

The wheat story was offset by forecasts of markedly lower ending stocks for corn and oilseeds, which both had significant declines in ending stocks (Table 1).  Figure 3 shows the oilseed demand scenario is at its tightest level since 2013-14.  There wasn’t much movement in production or consumption, but US stocks were lowered by 33%, and now sit at a five-year low.

Corn supply estimates continued their fall from the records predicted earlier in the year.  With another decline in ending stocks of 2.1% on the September estimate, global corn stocks are now expected to be lower than last year.

With major grain and oilseed supplies moving in different directions, the bulls have taken control of the wheat market.  As reported in the market comment on Friday, the latest analysis calling for a 10-12mmt tonne drop in production.  While significant, it would still leave the world with plenty of wheat if the rest of the globe puts in an average performance.

This has put Chicago Soft Red Wheat futures above $300 for the next 3 harvests, which is something for growers to think about.  Unlike wheat, canola markets haven’t benefitted from tightening stocks, but are still tracking at historically strong levels. 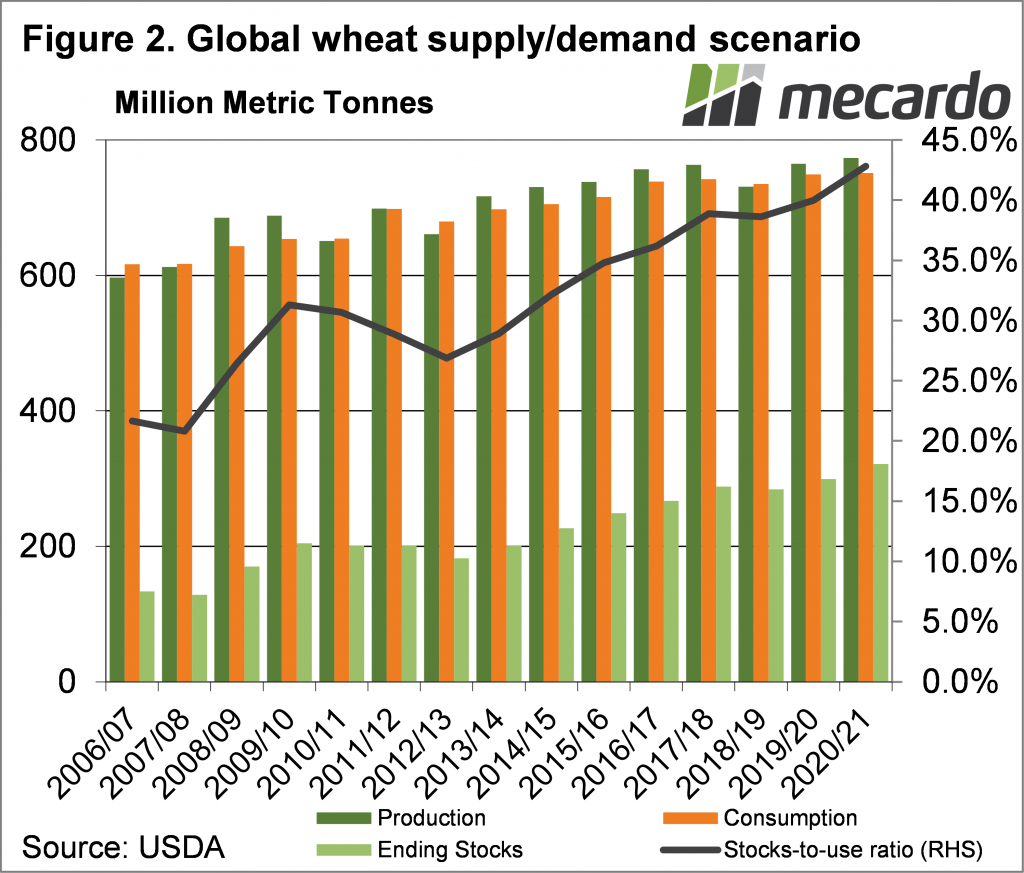 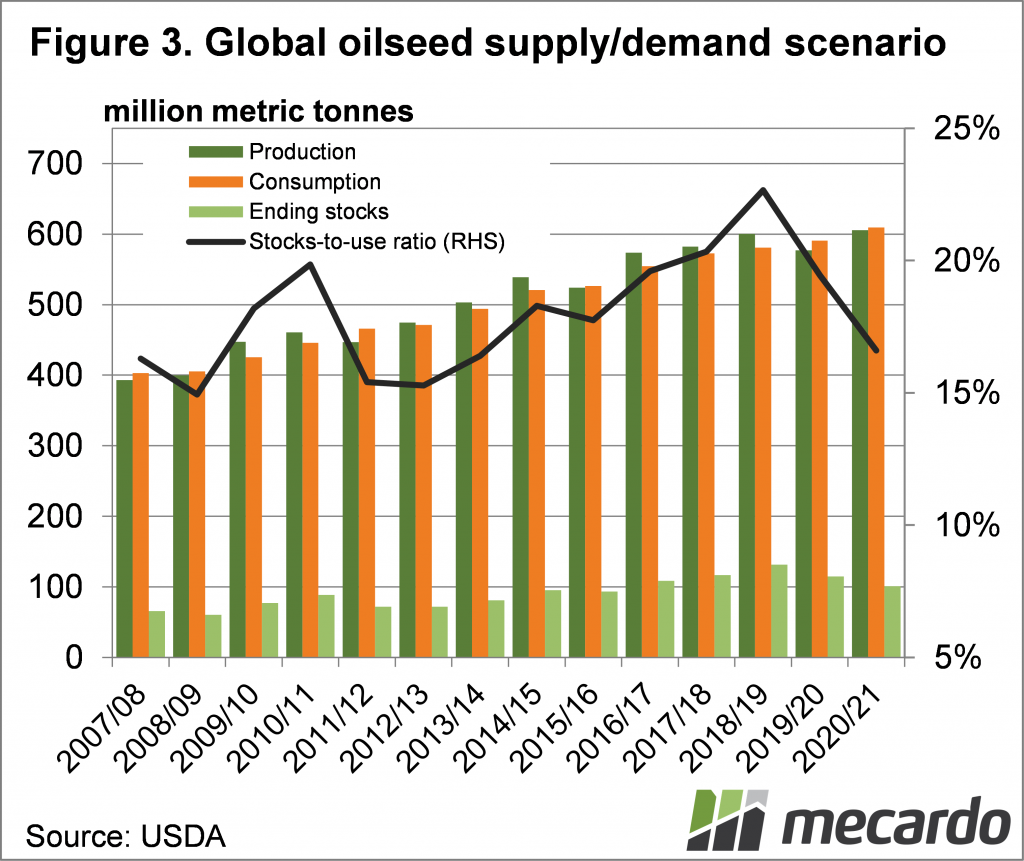