The article 'AWTA volumes October 2021' published today on Mecardo, looks at the latest AWTA core test volumes and the uneven impact of Western Australian merino wool supply across micron categories and different times of the year. This article pursues the theme further.

Wool production in Australia covers regions from central Queensland to Tasmania across to Western Australia, which is quite a range of environments. For the purpose of this article these regions have been split into three – Western Australia, eastern pastoral and eastern non-pastoral. The eastern pastoral region is roughly northern South Australia, western NSW and Queensland. While splitting the eastern states into pastoral and non-pastoral is somewhat arbitrary, the fibre diameter of merino production from the two regions has consistently differed by 1-2 microns since the mid-1990s.

The relative contribution of each region to each micron category for the merino supply (auction sales), during the past year, is shown in Figure 3. The micron categories run from 12 through 27 micron, keeping in mind 90% of the clip is provided by the 17 to 21 micron categories.

For 16 micron and finer the eastern non-pastoral region dominates supply – this is where change in the supply of fine merino wool takes place. For the broader side of the merino clip (20 micron and broader), while the eastern non-pastoral region is still the main supplier of wool, the other two regions make substantial contributions to the merino clip. The importance here is that what happens in the drier eastern pastoral region and also Western Australia can have a big impact on the supply of broader merino wool.

Changes in the supply of different merino micron categories depend on seasonal conditions in different regions, muddied by the transfer of sheep between regions. The simple rule, though, for fine merino supply is to focus on the higher rainfall eastern regions in Australia. For broad merino wool (20 micron and broader) understanding changes in supply is more complex, as it requires a focus on both the eastern pastoral and non-pastoral zones and Western Australia. 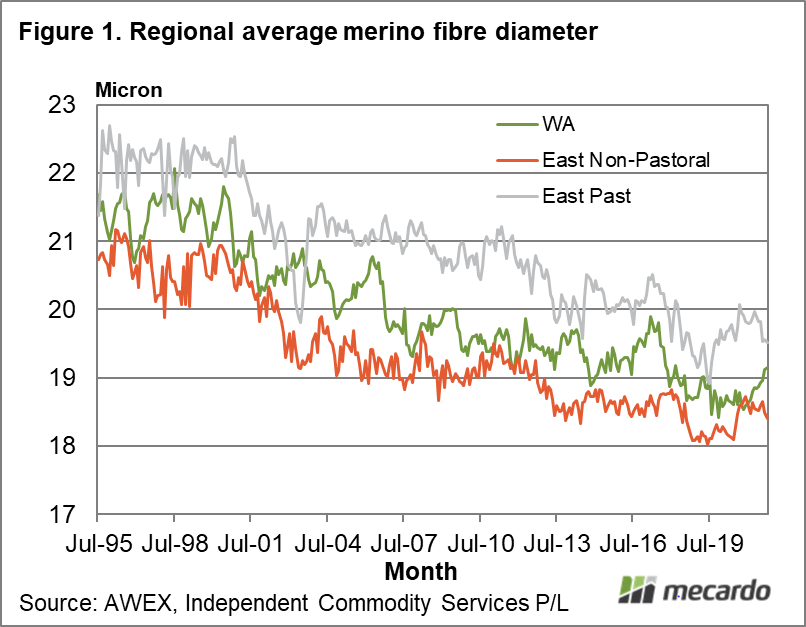 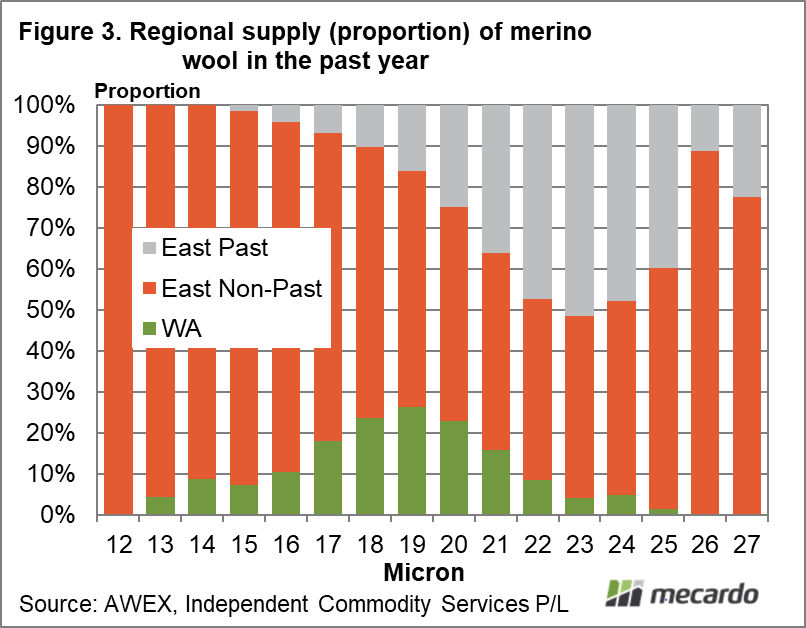