Slaughter fell, while yardings increased this week, which had the normal result you’d expect to see on any market- decreased prices. The EYCI has fallen, and with it the price of processors and the fortunes of heavy steers reversed from last week’s spike. Restockers finally hesitated, but vealers held their ground. The good news is that the dollar has backed off slightly, which is always welcome to our heavily export exposed market.

East coast yardings continued their advance last week, putting on a healthy 9%. Confidence at record price levels were dashed with mostly lower prices this week.  All states saw another increase in offerings, with both QLD and NSW up a solid 11%, while VIC also posted a 5% lift. Overall, the increase in supply has seen cattle numbers are now well above the figures we saw a month ago.

44,277 cattle were yarded on the east coast for the week ending 28th August. This is a solid 51% above the lows we saw a fortnight ago, but still 24% down compared to the same time last year.

Slaughter numbers backtracked, down 5% from the week prior, given some of last week’s solid advance.  QLD drove the decline, retreating 12%, and SA dropped 20%, However, in offsetting contrast, VIC increased 11%, while NSW was relatively stable, only gaining 1%. A total of 101,800 cattle were processed, which is down 33% compared to the same time in 2019.

The Eastern Young Cattle Indicator (EYCI) backed off a little, with a 1% fall returning it to last week’s level settling at 777¢/kg cwt. The EYCI has still advanced 4% over the last month however, and is a whopping 56% above last year. On the categories this week, red ink dominated, with both processors and restockers all posting falls, while vealers, medium cows and feeders steers resisted the momentum and posted modest gains.

The 90CL Frozen Cow price has finally started dipping in response to consistent recent weakness in the US dollar, dipping 9¢ (2%) to settle at 666¢/kg. On a more positive front, the aussie dollar fell back 1.3%, giving up last weeks surge to come back under the 73c mark at 0.727 US.

The BOM’s rainfall forecast for the next week is looking pretty dry again, but with predictions of a  La Niña event for Australia over the longer term, restocker enthusiasm is still banking on succulent paddocks ahead. 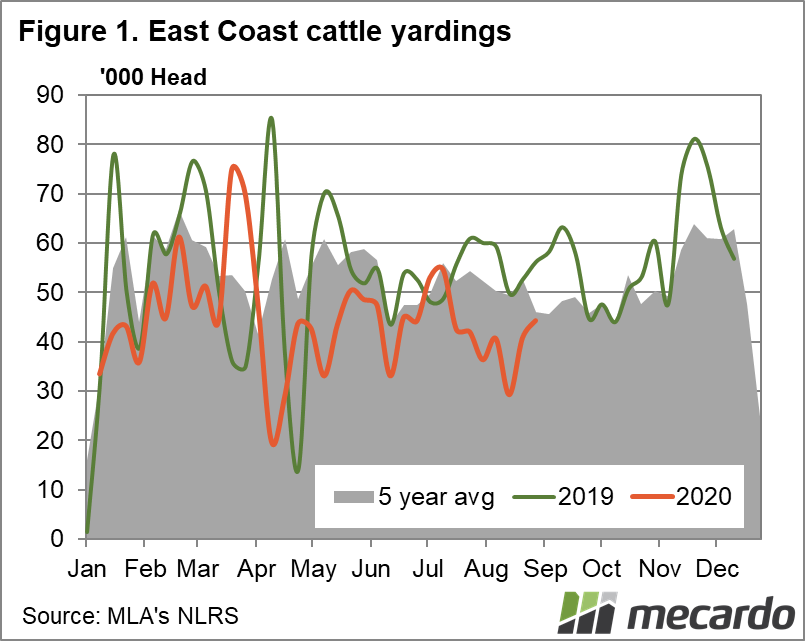 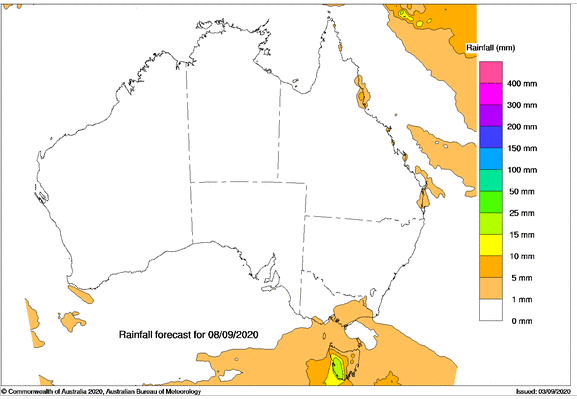