Everyone’s worst fears were realised in the past 24 hours as Russia launched a large scale attack against Ukraine. It seems unbelievable that we are talking about another war in Europe and to watch unfold in real-time adds to the surreal feeling.

Wheat exports from combined Ukraine and Russian areas account for 25-30% of global trade. Wheat futures which had already factored in a risk premium as Russian forces built up, have climbed over 100¢/bu since Tuesday (when the market opened after the Presidents Day public holiday.). This roughly equates to AU$50/t.

Compounding problems include Russia halting maritime navigation in the Azov Sea as well as blocking the Ukrainian port of Odessa which is one of the more important trade routes from the Black Sea.

The fallout from this military action is going to take a fair bit of time to unravel.  Economic sanctions were broad and swift but will take time to bite. As well as a significant supplier of wheat, the two countries also supply 12% of the world’s corn, 13% of the world’s nitrogenous fertiliser, and 25% of the world’s platinum and palladium exports.  China has emerged as a willing market to accept Russian wheat and barley already, with the two countries recently signing an agreement waiving phytosanitary concerns.  It provides an export outlet and revenue stream for Russia at a time when NATO and its allies are trying to put an economic squeeze on the country.

The wheat market is going to take some time to understand the broader implications here.  Everything has been flipped on its head in terms of global trade.  Food security is about as perilous as it has ever been with major importing countries caught between extremely high prices, soaring energy costs, risk premiums being built into ocean freight, let alone the loss of access to two of the world’s major exporters. Perhaps with a bit of foresight, Algeria issued a massive tender last week and Egypt and Turkey announced tenders this week albeit a bit late.

There are other issues influencing the wheat market – it remains dry in the HRW areas of the US, crop conditions are seen as falling – but these seem to pale in comparison with what is happening in Ukraine.

The impact of the Russian invasion is going to have significant repercussions on the wheat, corn, energy and fertiliser markets.  We are in a bull market, no doubt, and with it, a whole lot of volatility.  Buckle up. 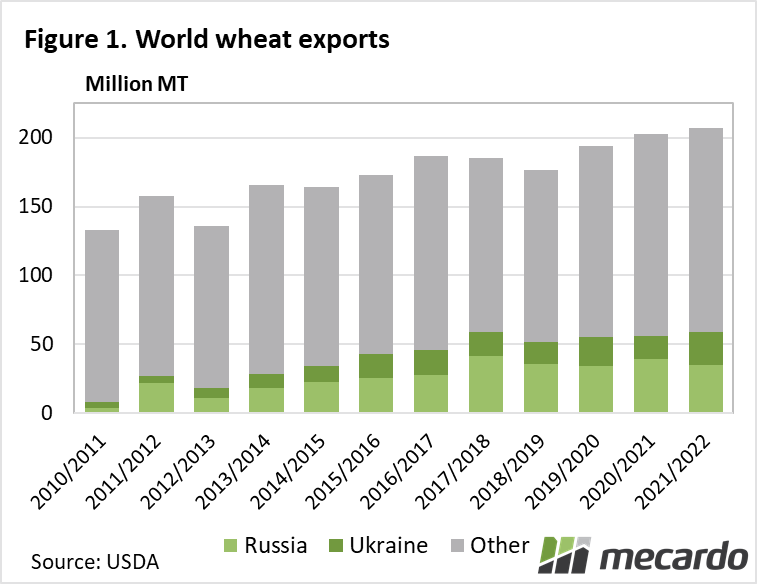 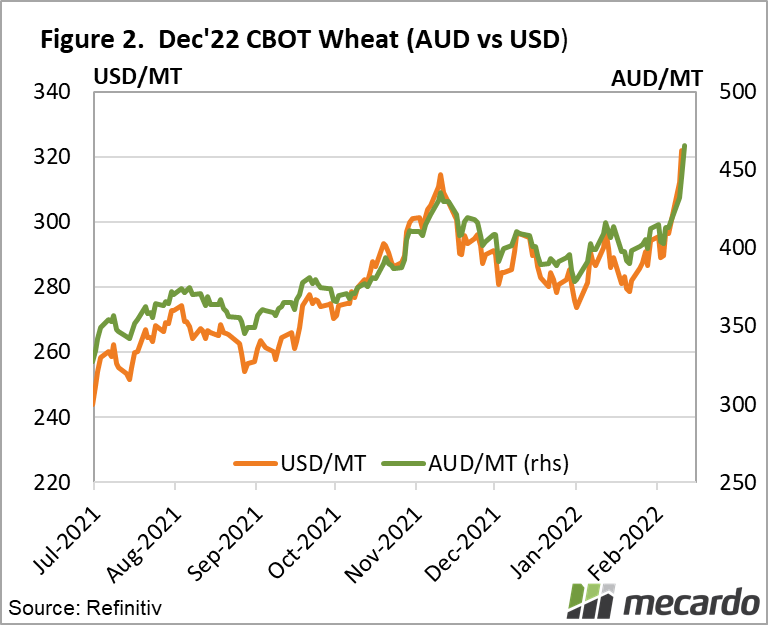