Spring has finally sprung, and with warmer weather on the way confidence in the young cattle market remains sky high. The Eastern Young Cattle Indicator reached yet another record high last week, at 788¢/kg, and now sits just below that at 777¢/kg (as of Wednesday 2 September). This is a premium of 274¢/kg on the same time last year, or to put it another way, an increase of nearly 57 per cent. Amazing what a bit of rain can do, isn’t it?

As mentioned in recent weeks, the young cattle market is currently being driven purely by domestic supply and demand. An abundance of feed means an increased number of restockers and backgrounders are competing with lotfeeders in a market that has a substantially lower volume on offer – last week’s slaughter and yardings figures were 28 per cent and 26 per cent lower (respectively) for the same week year-on-year.

Meat & Livestock Australia reported EYCI throughput as 27 per cent lower than the previous year for the week ending 26 August, and 53 per cent of that throughput was sold to restockers. The most telling figures from MLA’s EYCI breakdown last week are these however – restockers were paying 85¢/kg more than lotfeeders, and 107¢/kg more than processors for EYCI cattle. For the same week in 2019, lotfeeders were paying 56¢/kg more for EYCI eligible stock than restockers.

We looked at actual profit potential of selling now versus in summer earlier this week here, but the EYCI information above shows there’s plenty of restockers just entering the market, and holding prices where they are. The Bureau of Meteorology’s rainfall outlook for September to November, released last week, predicts there is a greater than 75 per cent chance of a wetter than average spring for “much of the eastern half of the mainland”. That kind of talk will not do much to dampen restocker confidence. Spring will bring an uptick in supply (unlikely to seasonally average levels, but still higher than recent months) but with it could come more competition from the other sectors.

The above average season on the east coast and a contracted herd is meaning confidence in cattle is hard to quell, and maybe rightly so – there’s money in mud, as they say. And when it comes to purchasing current or future breeding stock, it’s hard to put a price on potential profit in years to come. But if looking to turn grass into beef this spring, caution is advised when crunching the numbers, as margins will be squeezed if young cattle prices hold firm. 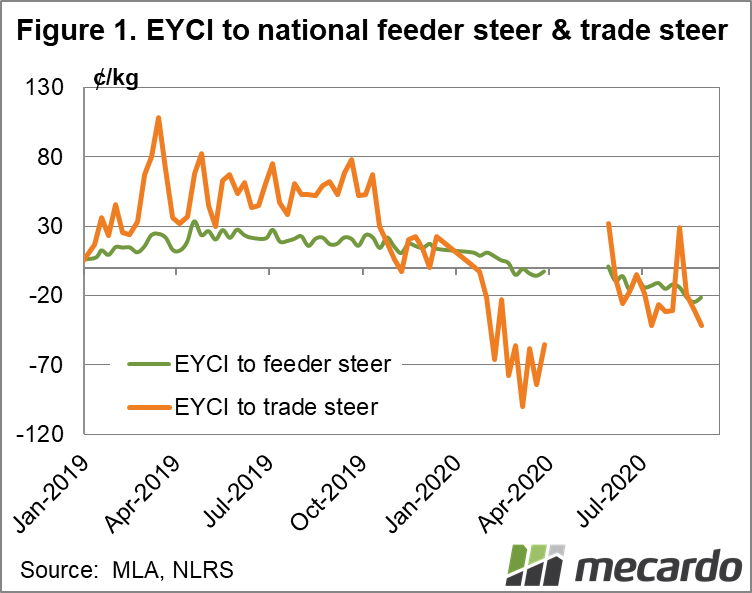 Click on graph to expand. Note: gap from March- May due to covid reporting changes on indicators 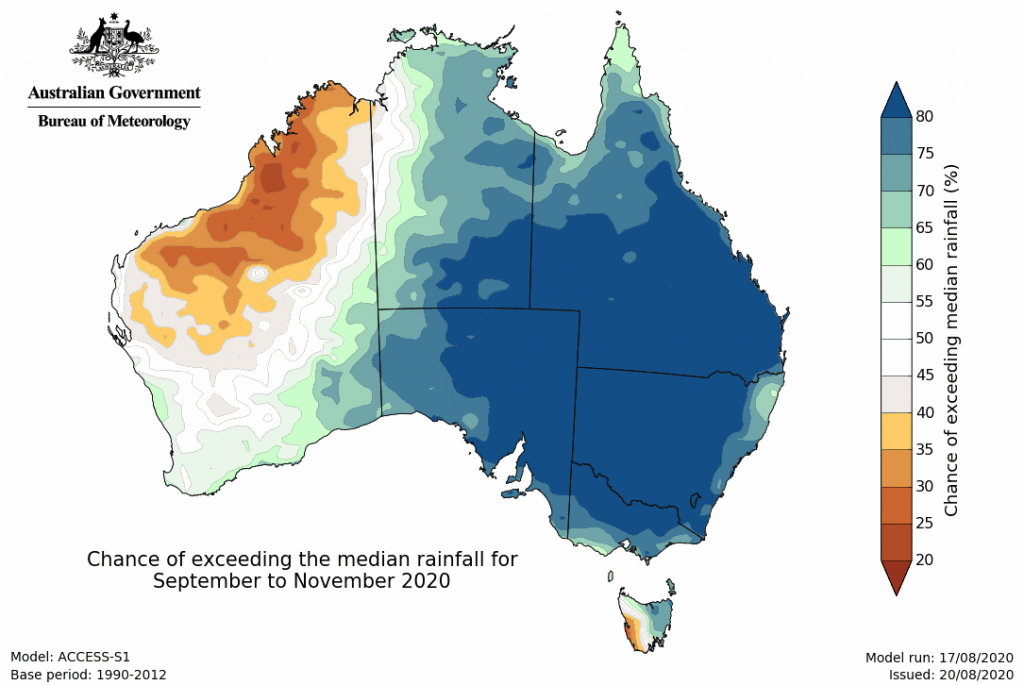