We took a detailed look at lamb slaughter forecasts for both the long and short term last week, and this week it’s time for sheep and mutton. The Meat and Livestock Australia (MLA) sheep slaughter projections were pulled back significantly in the October update, but given what we’ve seen in September and October, it might have gone a bit far.

To hit the forecast of 5.1 million head, last quarter slaughter will have to be 11.5% lower than 2020.  According to MLA, producers intentions are to rebuild the flock.  As such sheep supplies shouldn’t kick too much higher, but they should at least track sideways through November and December.

Given the strong start to October, it looks like sheep slaughter might be a few hundred thousand head higher than the forecast.

Strong mutton supplies is one of the reasons mutton prices hasn’t rallied in line with lamb prices in September and October.  Figure 3 shows the NSW Mutton Indicator has fallen to a 14-month low relative to the Eastern States Trade Lamb Indicator (ESTLI).  This isn’t great for those selling mutton, but it does mean mutton values are less likely to fall as lamb markets decline with supplies.

MLA’s 2022 sheep forecast is now below actual slaughter in 2020, which should provide plenty of ongoing support for prices.  Even if 2023 sheep supplies are expected to be relatively tight.

In the short-term sheep prices don’t have a lot of downside.  Slaughter rates can’t stay as high as they have been recently and still hit the 2023 target, so if the season remains good, so should prices. 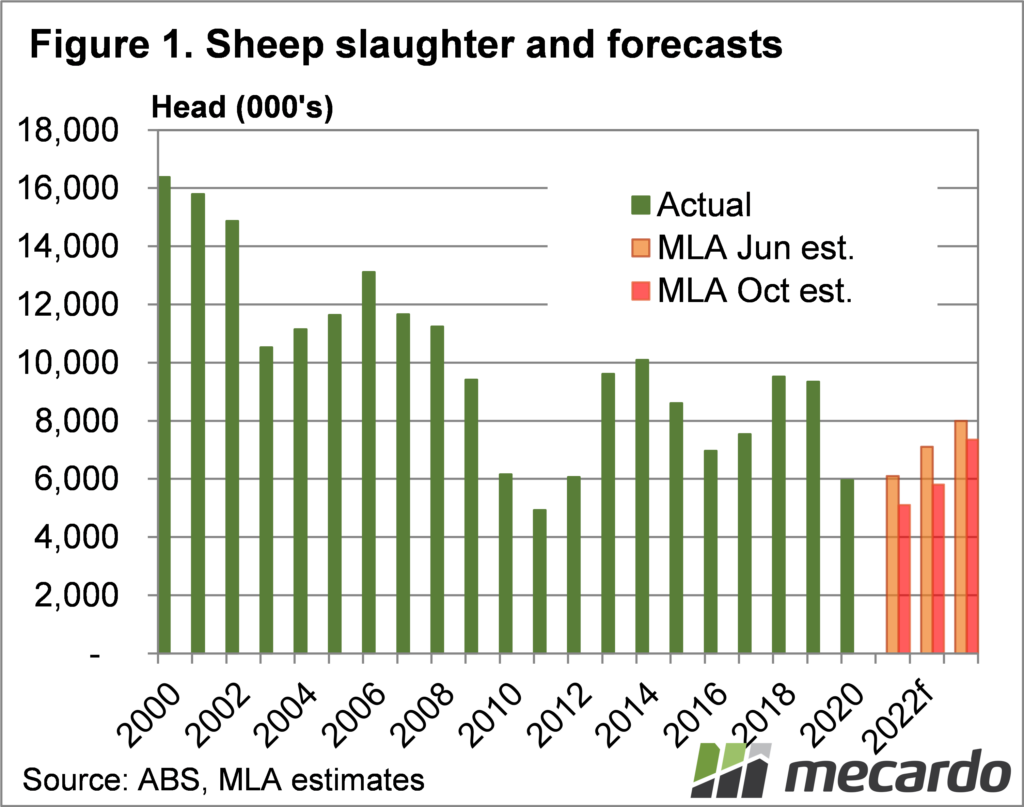