Every price cycle in the greasy wool market has some peculiar attributes, and in the current market it is the strength of fine micron premiums for cardings which stands out. Cardings make up a small proportion of the gross value of wool clips, and as such do not warrant a great deal of attention. Despite this, the change seen in the cardings market in recent years is worth a look.

The AWEX Merino Carding indicator (MC) is made up of locks and crutchings drawn from the 19 to 21 micron categories (view indicator breakdown here) . Since 2013 the average fibre diameter of locks and crutchings sold at auction has been below 19.0 micron (it tracks the average merino fibre diameter closely). This means the official MC has been based on the broader side of the fibre diameter distribution for merino cardings for the past eight years. Traditionally that was not a problem because micron was generally not valued greatly in cardings.

During the 2017 rising price cycle fine merino carding premiums picked up, which was not unusual. However this strength continued through 2018 with a brief respite in mid-2019, as the price cycle turned downwards. Then, from late 2019 onwards, the micron premiums for fine cardings went to new levels. Figure 1 shows the premium for 17 to 19 micron cardings in both Australian and US dollar terms from 2000 onwards.  You can see that for a lot of this time there was little difference in price. The US dollar price is shown as it reflects how the supply chain will be looking at these premiums and it tempers the prices around 1999-2001 which were boosted by a low Australian dollar.

In Figure 3 the price curves by micron for merino cardings in January and for 50 mm merino fleece are shown, with 19.0 micron set as the base. In proportional terms the curves are very similar. Figure 4 repeats the exercise from Figure 3 but shows the differences in Australian cents per clean kg. In absolute terms the premiums for cardings are lower than for the 50 mm length merino fleece, but they remain substantial.

Given the pickup in fine micron premiums for cardings it is probably safe to say the aggregators (butts and bag buyers and bulk class) have done well out of these categories in recent years. Historically a lock or crutching is a lock or crutching be it 17, 19 or 21 micron. That is not the case in the current market, so some care is warranted when selling fine micron merino cardings. 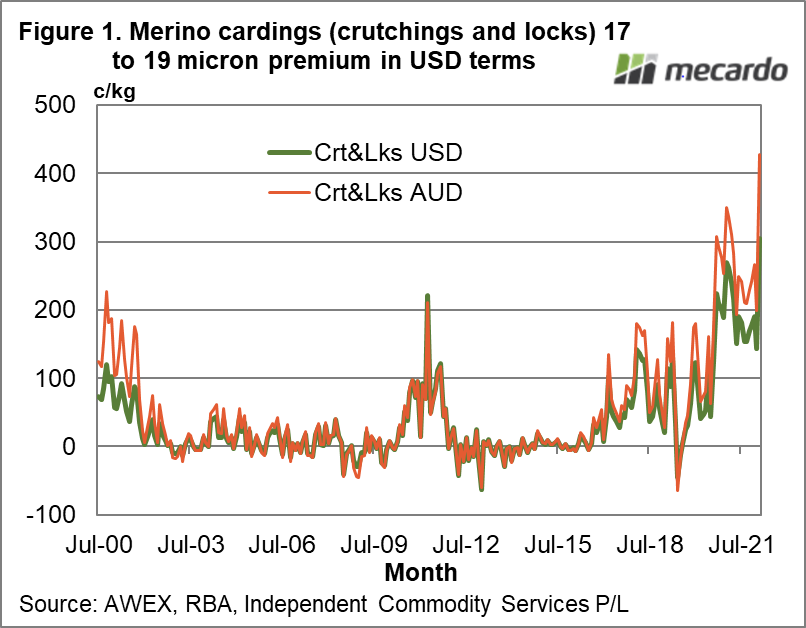 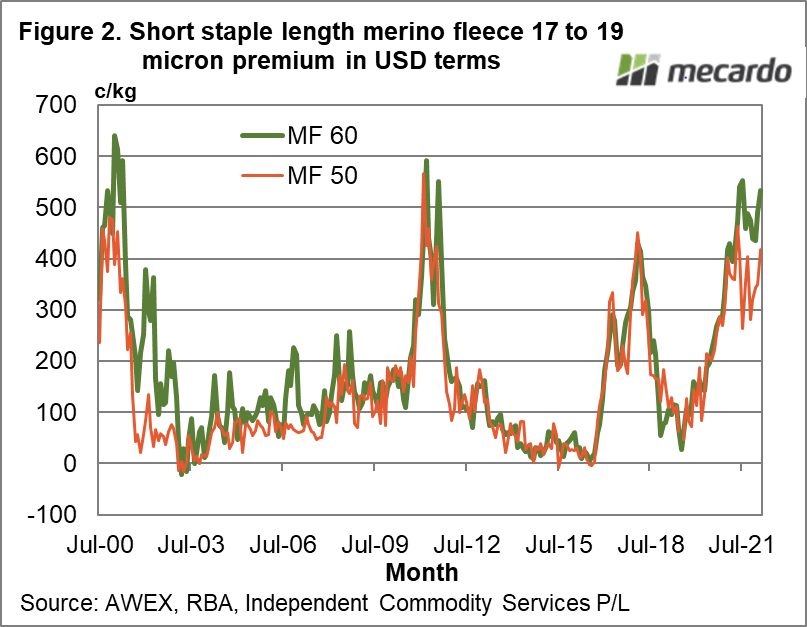 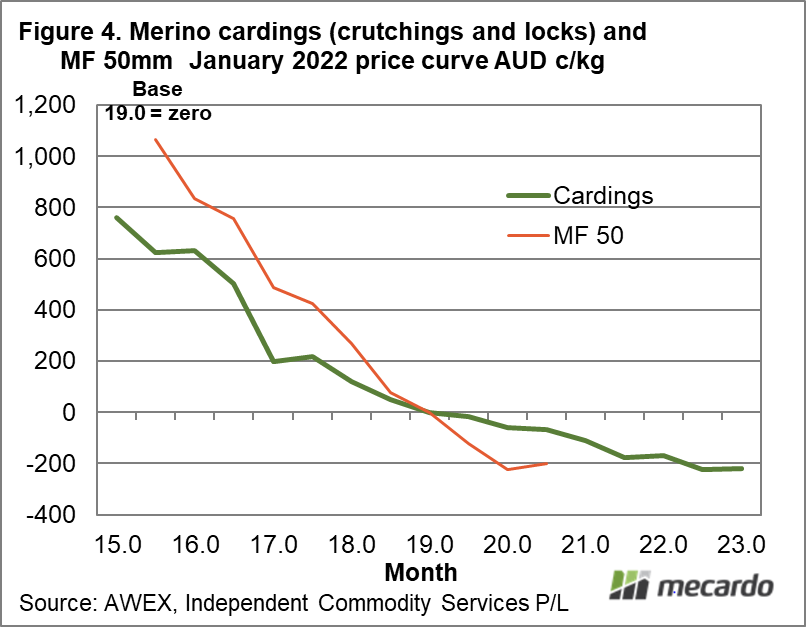