This week was one of positivity despite the increased supply coming onto the market as we experienced the first full week of sales uninterrupted by holidays in almost a month with prices supported by a more complete contingent of buyers. Most price indicators gained ground, with a huge surge in medium steer prices a standout.

East Coast slaughter picked up 9% last week to 78,834 head. While all states increased in throughput, gains of 15% and 27% in NSW and VIC respectively made up the bulk of the lift.

Numbers increased 24% week on week, but this only equated to a 5K increase to a total of 25K head, with the absence of sales last week due to the Anzac Day holiday keeping numbers low.

The leading indicator of EYCI eligible yardings increasing 31% to 11,595 head suggested a healthy return to the market occurred this week however.

The national categories mostly made modest gains, with the standout being the medium steer price, which leaped a huge 66¢(16%) over the week to close at 481¢/kg lwt, clawing back all the ground lost since early march this year in one hit. However, the big surge looks to just be a result of a change the components of the index, where it became more southern oriented, with high prices in Shepparton and SA pushing the price up. The dampening effect of lower priced volumes from the north in Roma store which were 70% of the index last week were not present.

The US frozen cow 90CL slipped  2¢(<1%)  to 293¢US/lb and  gained 20¢(2%) in Aussie dollar terms, closing the week at 905¢/kg swt, with the slide in the Aussie dollar last week far outweighing the price reduction in US terms. The interest rate rise this week helped the Aussie dollar to lift in value against the greenback, which means we may see 90CL values pull back in Australian terms next week. The US market for imported beef has been trading softer due to plentiful domestic supplies, and increased availability of South American product. Logistics problems in China has seen product originally destined for China end up in US markets, increasing supply, and the usual seasonal decline in wholesale beef prices is expected to cast a downbeat tone on the market for some time.

The strong buying activity coming on out of the holiday period this week was enough to outweigh the effect of any increased supply resulting in a positive trend on pricing. With  good rainfall occurring in the north over April, next week will be telling as to whether the renewed buying interest stays hot. 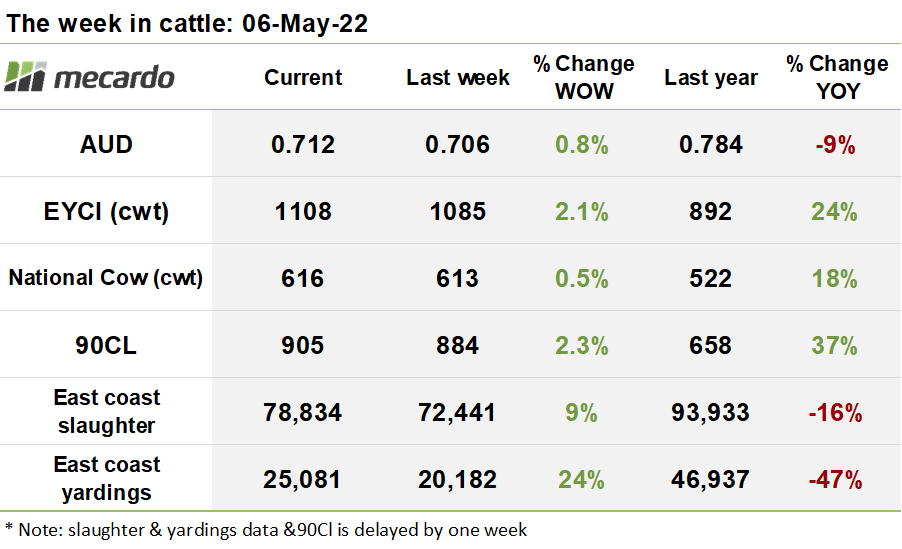 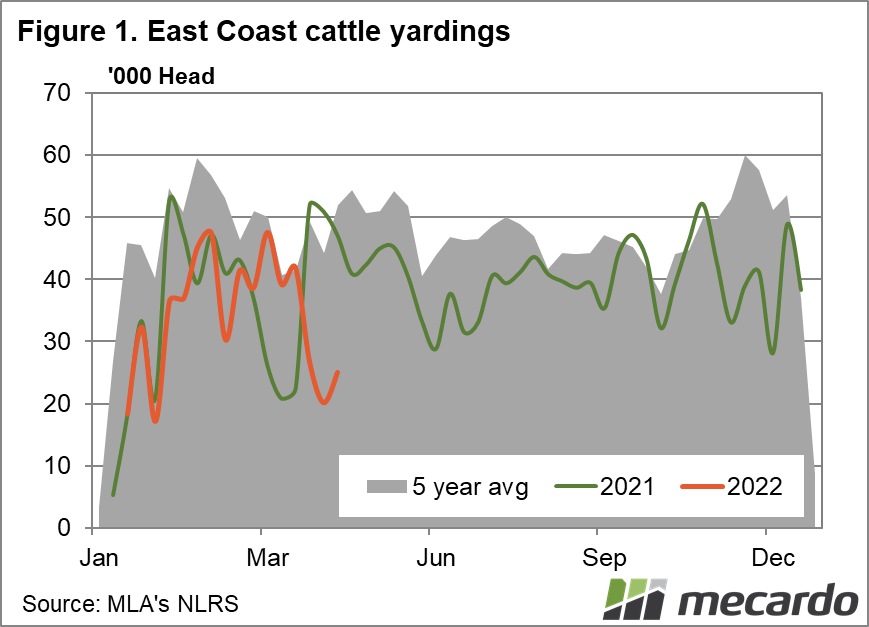 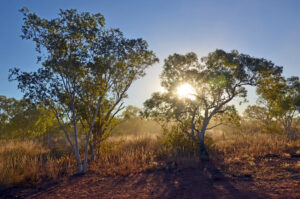