There are plenty of theories as to why lamb prices have been falling, and until now it was largely domestic issues.  The latest export data confirms this to an extent, but there have been some moves in export prices which might be weighing further on saleyard values.

The latest Department of Agriculture Fisheries and Forestry (DAFF) (formerly DAWE) lamb and mutton export data was released this week, and it seems demand for Australian Lamb remained good in July.  Figure 1 shows lamb exports lifting 1.5% on June, and slightly higher than July last year to post a new record for the month.

Lamb slaughter for July was also similar to last year, and while we think lambs were heavier this year, the stats fit reasonably well.  There might have been a product hangover from June however, when slaughter was stronger than 2021, but exports weaker.

There have been anecdotal reports of product backing up in coolstores, as it’s hard to ship.  The June and July stats somewhat confirm that rising stocks might be adding to downward price pressure.

Lamb exports to our largest market, the US, have been down in both June and July, which is a bit of a concern.  Figure 2 shows exports to the US were down 7.4% on last year, despite similar amounts of product being available.

The United States Department of Agriculture (USDA) publish imported lamb prices on a weekly basis, so we can track demand pretty closely.  Figure 3 shows chilled lamb racks are still priced very close to record levels.  The extreme prices might have something to do with demand slowing down in terms of volume.

The price of cheap cuts, shown in figure 3 as frozen lamb legs, have fall sharply in July.  It doesn’t look like much compared to the rack, but legs are down 15% on last year, and 21% on the record values seen earlier in the year.

In terms of a whole lamb, the fall in lamb legs since February takes around $16/head of the value a processor can get for a lamb.

Weakening demand signals from the US are not great news when stocks are strong, and lamb prices are falling.  The lower lamb prices currently being seen at saleyards and over the hooks might stimulate some demand, but the product still has to be processed and shipped.  These bottlenecks appear to still be the main drivers of weaker prices. 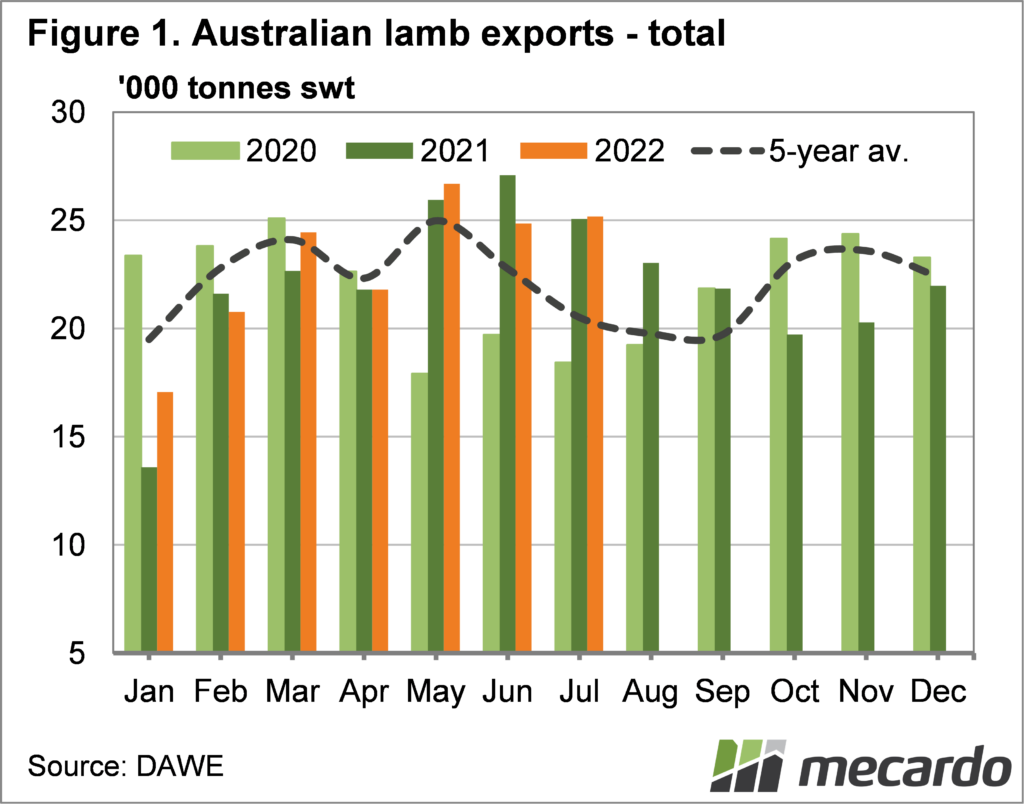 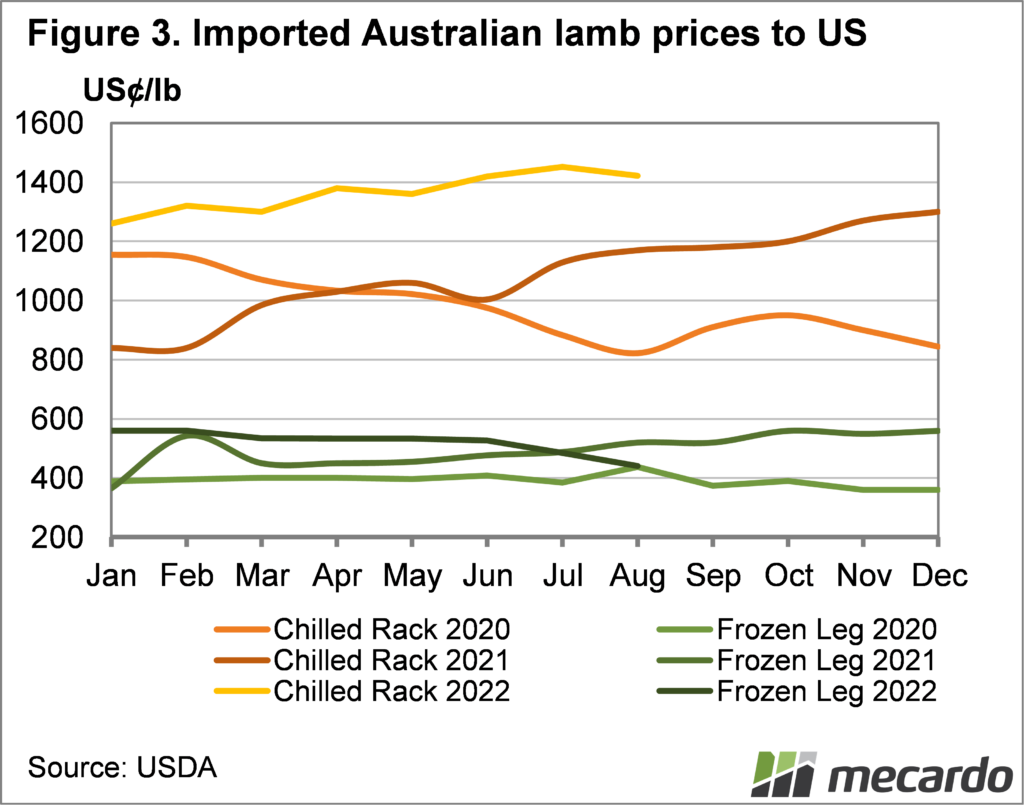