With Fremantle having a week off AWEX reported the smallest offering in nine months. The market responded positively with all types improving with the only exception the cardings indicator that again struggled.

All MPG indicators felt the increased demand and rose this week, although the 17.5 MPG stood out in Melbourne with a lift of 70ȼ respectively. AWEX reported that the competition for good style wool with low VM was strong, and intensified as the sale progressed.

Crossbred wools were more subdued with little change although the 28 MPG’s in Melbourne recorded a 13ȼ lift. Cardings again were weaker, falling 23ȼ in Melbourne and 8ȼ in Sydney.

Bales on offer were again down (Fremantle not selling) with only 31,097 bales offered. The lowest clearance since October 2021 resulted with 28,118 bales sold, which is well below this seasons average of 36,061 bales. This week’s average pass-in-rate across the states was lower at 9.6%.

This week on Mecardo Andrew Woods took a closer look at the difference in micron & price of the various components of the fleece. The challenge to interpreting market signals is to discern between the transient and the structural. Higher prices for your pieces than your fleece is a cyclical phenomenon which we have seen before in the market. It reinforces the need to ensure adequate care is taken in the preparation and packaging of the minor categories of wool as they are valuable.

Next week we have an increased offering, with 37,998 bales currently listed for sale with Melbourne Fremantle & Sydney centres all selling on Wednesday & Thursday. 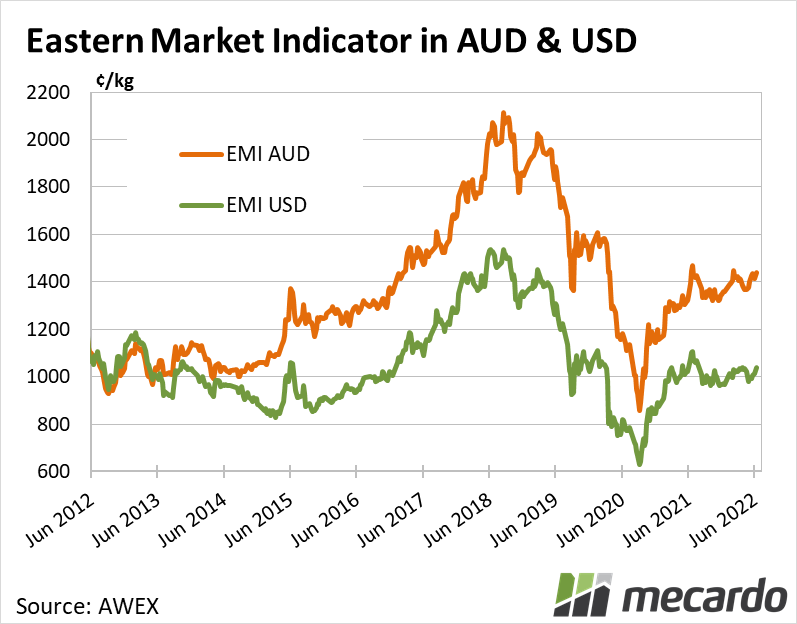 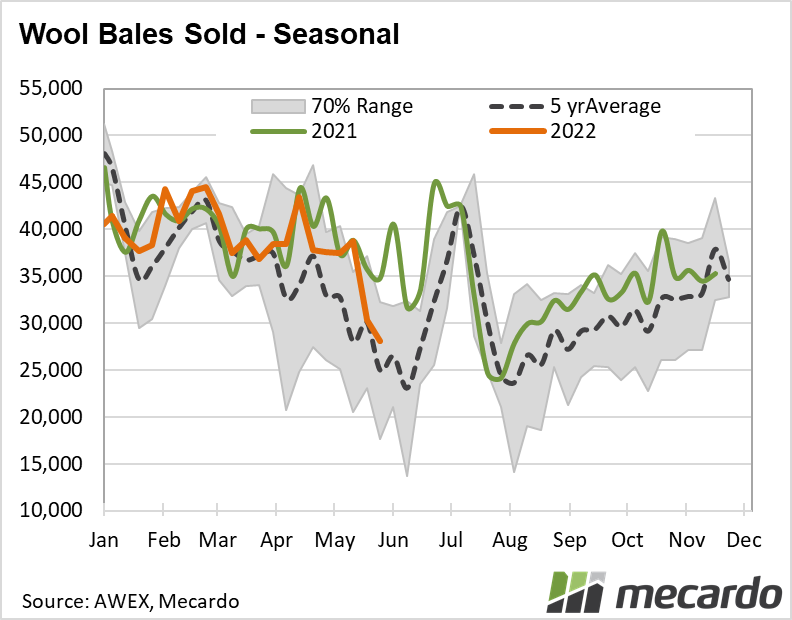