Originally this week was scheduled as the Easter recess, however a decision was made to provide an additional selling opportunity for growers on the back of the malware attack earlier. After brokers encouraged clients only to offer if they were genuine sellers, 15.5% of the original roster was withdrawn resulting in just 18,097 bales making it to the auction.

While the early sales of the one day auction (Wednesday) were solid, by the end of the day the market had retreated, with Fremantle, as the last to sell, most effected. This resulted in just 3,113 bales of the 4,508 offered in W.A. selling, with a pass-in rate of 30.9%

The pass-in rate of 23% nationally meant that of the bales offered, just 13,917 bales cleared to the trade. This was the lowest offering since June 2009. Season to date there have been 228,000 bales fewer sold, down on average 6,340 per selling week compared to last season.

Melbourne finer Merino types all posted rises, however the EMI was dragged down by falls in the X Bred sections where falls of between 20 – 40 cents were observed. Cardings eased slightly except in Melbourne where a 30 cent fall gave back the improvement of last week.

Next week all centres are selling on Tuesday & Wednesday with 31,517 bales on offer. A stronger US/Aus$ rate is not helpful, but exporters appear to have sufficient orders to cope with the reduced offerings. 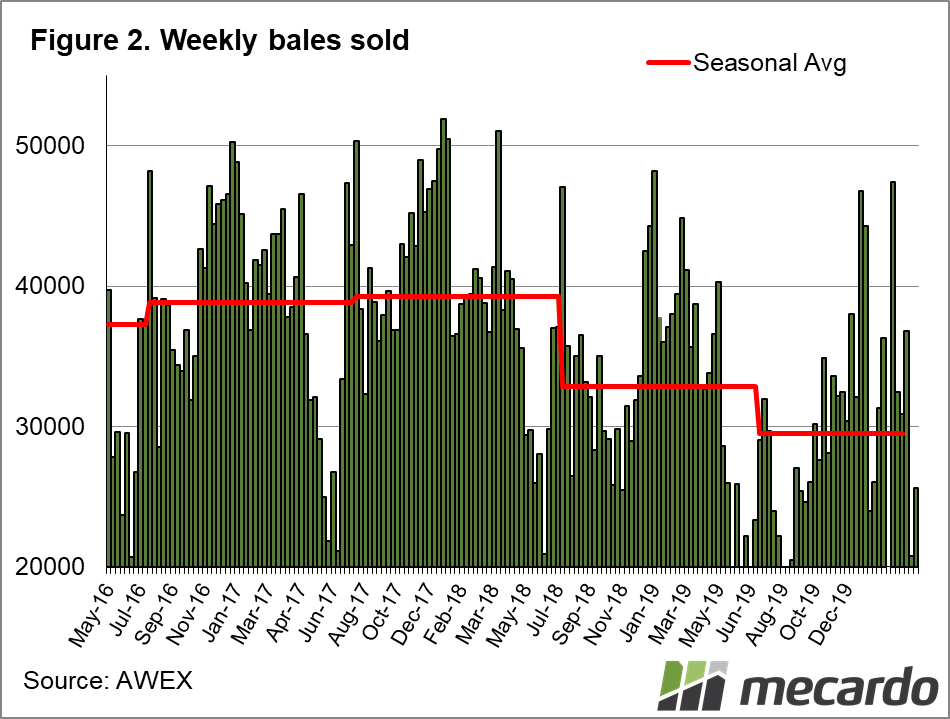