The wool market finished in positive territory in the lead-up to the traditional one-week recess over easter. Exporters competed strongly to fill orders for immediate shipment resulting in almost all categories showing gains across the regions.

The Eastern Market Indicator lifted for the second week in a row to post a 15¢ gain to finish at 1300¢. A similar result was posted in US dollar terms thanks to a stable Aussie dollar, lifting 12 US¢, to finish at 989¢.

The strength of the market came from the finer types posting rises in the range of 12 to 56 cents, with Melbourne strongest. As an example, the 17 MPG was 48 cents dearer in Melbourne & up 16 cents in Sydney.

AWEX reported that for the first time in a month, the entire Crossbred offering recorded positive movement with Melbourne 26 MPG up 16 cents, while 30 MPG was 14 cents better.

Cardings again were relatively stable across all three centres.

An increased offering of 44,220 bales came forward, and with a national pass-in rate of 9.5%, the 40,000-bale mark was exceeded again with 40,035 bales sold this week. In ten of the twelve selling weeks to date in 2021, more than 40K bales have been cleared, boosting the season average bales sold per week to 32,834. For the same period last season, the average clearance was 30,099 bales.

Logistics continue to be an issue, with the elevated activity from exporters this week in response to immediate shipping requirements, however the ability to access shipping capacity remains a potential problem.

The traditional one-week Easter recess is applied next week, with sales listed to resume in the week beginning 12th April. The positive market this week is causing optimism, with the one negative proviso the logistics challenges. 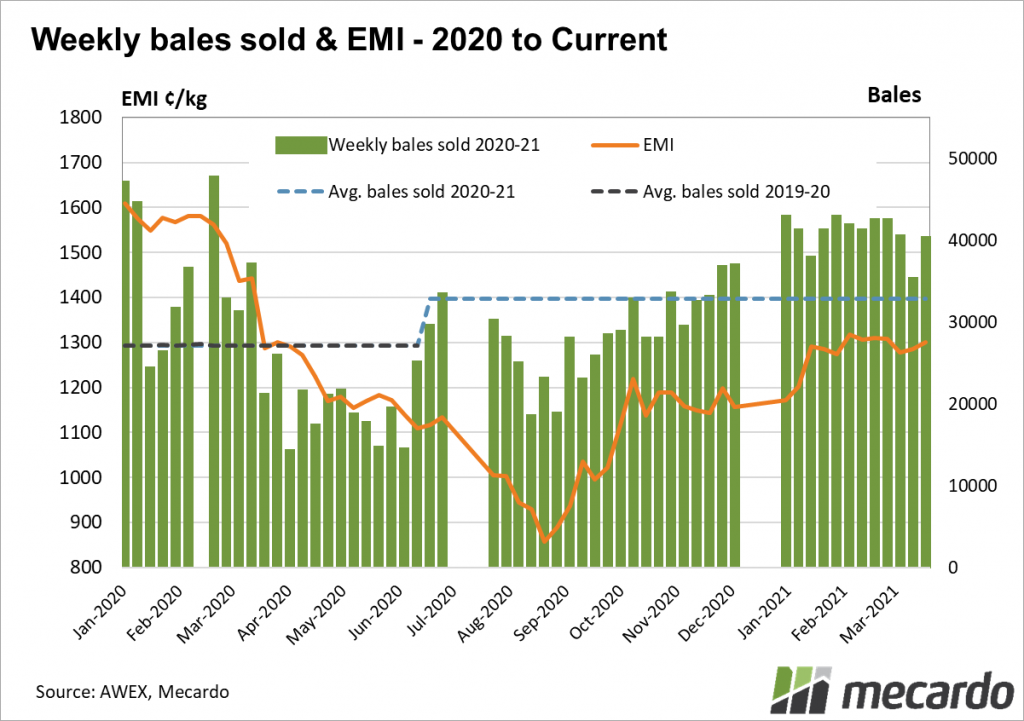 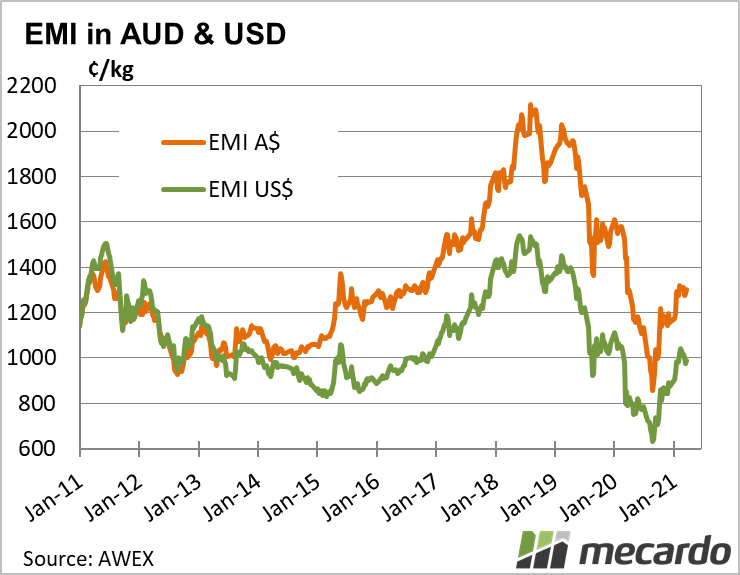