Long time readers will know that in grain marketing theory we traditionally take Chicago Soft Red Wheat Futures, divide by the Aussie dollar, US dollar exchange rate, and add or deduct local ‘basis’ to get the price. Chicago SRW has been doing the right thing by growers, but it is being hampered by the other two factors.

By most measures, the three-week rally we have seen in Chicago Soft Red Wheat (SRW) futures has been relatively solid.  Figure 1 shows that in US terms the SRW rally hit 13% over the last three weeks on Wednesday.  In US terms wheat prices are at a four-month high, and just a few dollars off the peaks for 2020.

Improving demand from China for US wheat has been behind the rally, along with declining prospects for the corn crop.  There are reports that Chinese officials have approved a US wheat variety for noodles and pizza dough, which is helping give all wheat prices a boost.

Bloomberg reported last week that COFCO, China’s biggest food company, bought 672,000 tonnes of US hard red winter wheat. This is a lot, being more than all the wheat produced in Queensland last year, and half this year’s expected production.

Additional to this is a falling US dollar, which makes US wheat more competitive in international markets.  As we know, a falling US dollar will usually equate to a rising Aussie dollar.  As such the rally in SRW in our terms is a bit lower, at 9% over the last three weeks, sitting at $280/t, a one month high.

Locally wheat prices have rallied on the back of rising SRW values, but have been a bit slow on the uptake.  As often happens, rising prices locally encourage selling from growers, without the realization that relative value, or basis, is getting worse.

Figure 2 shows that yesterday Jan 21 ASX Wheat basis to SRW got close to a contract low, at $3 on Tuesday, before an ASX rally saw it lift to $8 on Wednesday.

Is local wheat basis under $10 enough?  Given the crop is still six or eight weeks from the start of harvest, probably not. Higher SRW prices do offer an opportunity for some hedging however.  Despite the stronger AUD swaps can still be sold at $270-280/t, which historically is not a bad price. 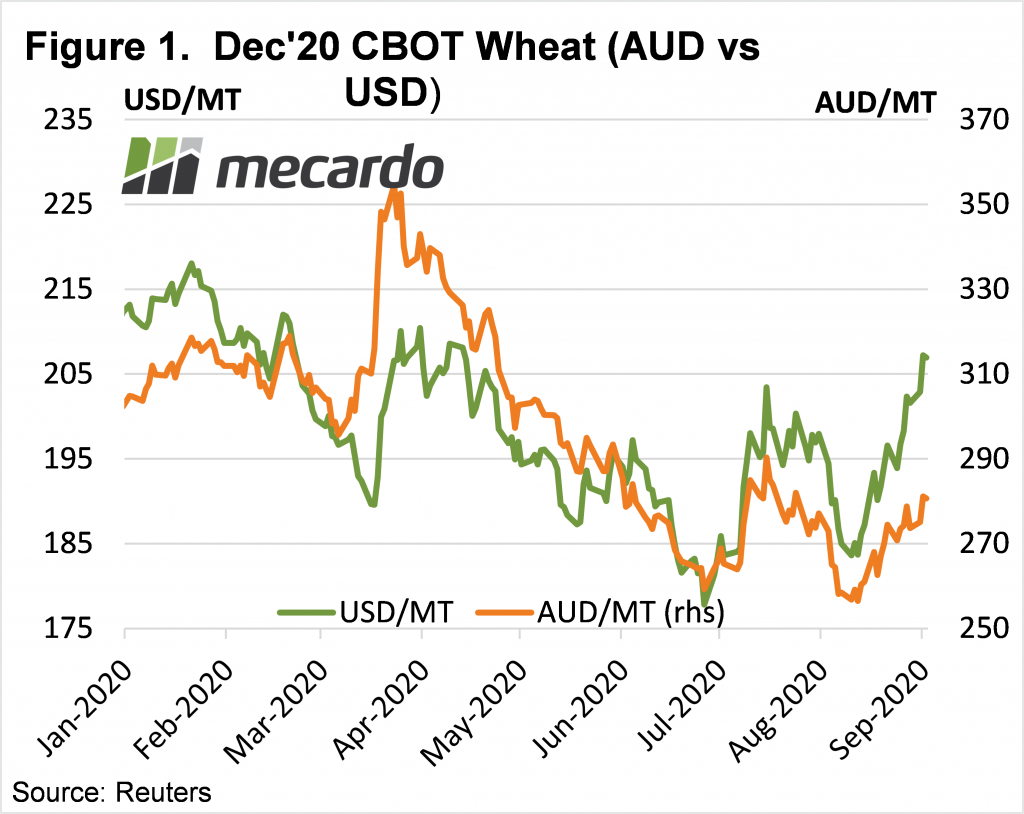