The end of June cattle on feed survey results were released by the Australian Lotfeeders Association (ALFA) and Meat & Livestock Australia (MLA) last week. Not surprisingly, the numbers of cattle on feed continued to wane, as replacement feeders became harder to find.

Unusually, it wasn’t the biggest feedlot state, Queensland, which drove cattle on feed lower.  The dry autumn in Queensland saw it post a slight increase in cattle on feed numbers, gaining 0.8%, but still 6% behind June 2019.

Turn-off from feedlots fell more than we might expect, given the numbers which were on feed at the end of March.  Figure 1 shows cattle on feed marketings were down 19% on last quarter, and 12% on the June quarter last year.

The improving seasonal conditions, along with a waning cattle herd no doubt saw cattle on feed falling when they usually rise.  Placements of cattle on feed on a national level fell 13% on last quarter, and 21% on last year to take them to a nearly four year low of 619,000 head.

Placements in Queensland were steady on last month, but Victoria, SA and NSW were down heavily on last quarter and last year. Victoria took the honours with a 43% decline in placements on March, and 46% on June 2019.

Over the medium and longer-term, lower cattle on feed will show up in tighter supply of slaughter cattle, and slaughter in general.  The high carryover number suggests that there were plenty of heavy cattle on feed at the end of June, which will be making their way to market now. 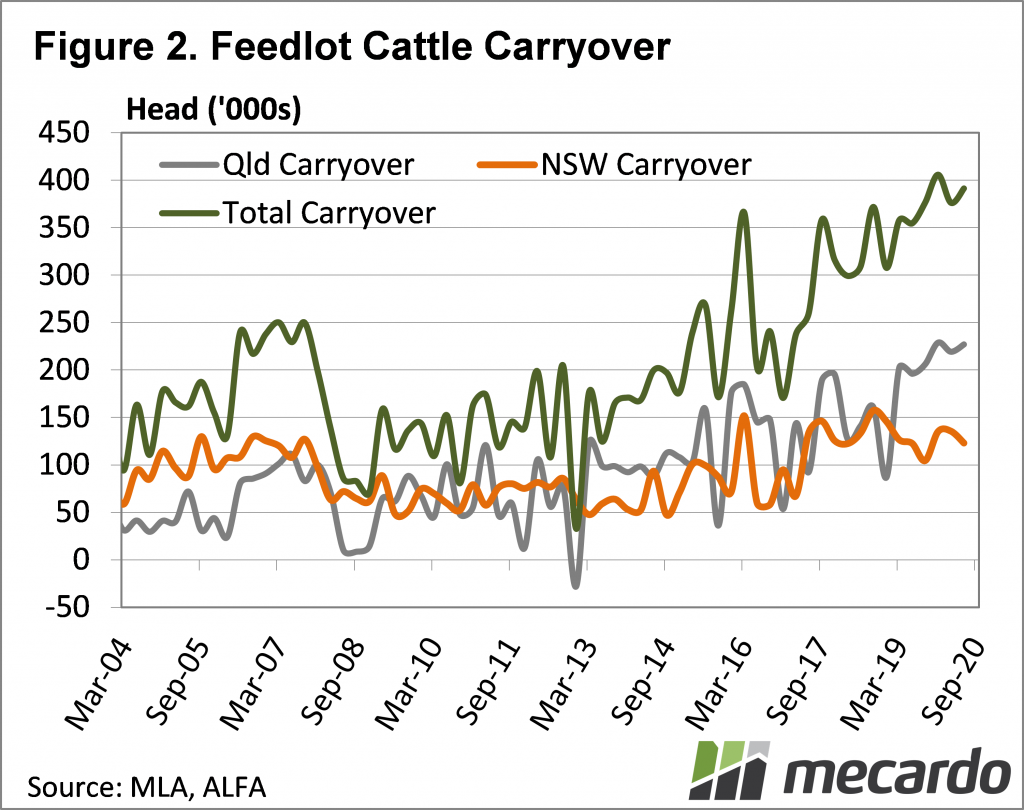