The release of the USDA’s WASDE report last week has fuelled something of a spectacular price reversal. Corn futures fell 14% from the week preceding, with wheat (down 10%) mirroring the move. This was largely driven by managed money (speculators) selling off their positions.

Speculative interest in the ag commodities is highest during the ‘weather market’ exacerbating the volatility. As the crops in question move into their relatively stable growth stages, the volatility disappears, as does the speculative money.

Globally, crop weather is improving with heavy rain forecast in the US HRW and Corn Belt.  Importantly, the Northern Plains and Canada look to get a solid opening rain as well.  This is going to be vital for the Spring Wheat and Canola markets going forward.  On the strength of the forecast, both ICE and MATIF oilseed futures also fell sharply.

The Black Sea region looks to be set up for a dry and unseasonably warm period.  The headlines want to write about potential production losses, but it is too early, there is ample soil moisture and it will allow the Russian/Ukrainian farmer to finish the spring plant in good fashion.  For good measure, SovEcon upped their production forecast for Russia from 80.7mmt to 81.7mmt on the back of increased area.

Even Brazil looks to be getting some late rain.  The southern state of Parãna has had some showers which will likely benefit the corn crop to some degree. We suspect the damage has been done, but it should allow what kernels are there to fill, holding any further yield deterioration.  CONAB (state-owned Dept Ag) has been reluctant to cut corn production until the harvesters start rolling citing the unpredictable nature of intelligence coming from the regions.  However, private analyst, AgroConsult slashed safrinha production by 15% and is now calling Brazil’s total corn production at 91.1mmt.

It feels like the tipping point we wrote about recently, is upon us.  The next round of volatility will be as the US corn and bean crop approaches pollination due Aug/Sept.

It will be interesting to see how the market reacts to Brazil’s corn crop being in the low 90’s.  This will shave approx 9mmt off the export total and throws even more emphasis on the US corn crop.  If this is already priced in to assumptions, we can expect the market to grind lower. 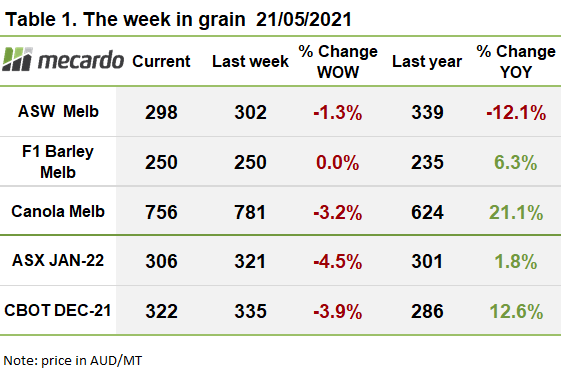