The Eastern Young Cattle Indicator (EYCI) usually correlates pretty well with export feeder cattle prices, with the cattle being roughly similar.  By similar, they are both less than two years old and lighter than 500kgs.

There are plenty of cattle in the EYCI which are under 400kgs however, which is where we see differences like hefty premium feeders have enjoyed in recent times.  Figure 1 shows that in March 2018 there was a divergence in the Medium Fed Feeder price and the EYCI, with feeders maintaining levels above 300¢, and the EYCI spending much of the last 18 months below 300¢.

The EYCI had some catching up to do, and it is now doing it.  During more ‘normal’ seasons, the Medium Fed Feeder and the EYCI trade within 10¢ of each other, and with grass growth we should return to that.

There is currently little impetus for an increase in feeder prices from the lotfeeding sector.  Figure 2 shows that while The 100 day Grainfed Steer Indicator is close to all-time highs, rising feed costs are again squeezing margins.

Even though it has rained, it was too late for sorghum in the north, so we wait until the next winter crop is harvested for an increase in grain supply.  Some easing in demand might see prices fall a little, but lotfeeding in the north is likely to be making a loss at the moment.

In the south things are a little better (figure 3), and might allow for feeder prices to edge higher.  Grain is cheaper in the south, and leaves roughly $80 in a 100 day grainfed steer.  After overheads this is likely close to break-even, but this time last year we saw margins below zero, so we know lotfeeders can go there.

If the EYCI reaches the levels of 330¢/kg lwt, export feeder prices will have to move higher, and there is not far to go.  If the EYCI does continue to rise its likely finished cattle will have to go higher too, and this could help lotfeeder margins if Grainfed Cattle can sustain a new record.

Obviously there is plenty of uncertainty surrounding export beef markets at the moment with trade agreements and Coronavirus affecting one of our biggest markets, so it would not surprise to see prices settle around current levels for a while as participants take a wait and see approach. 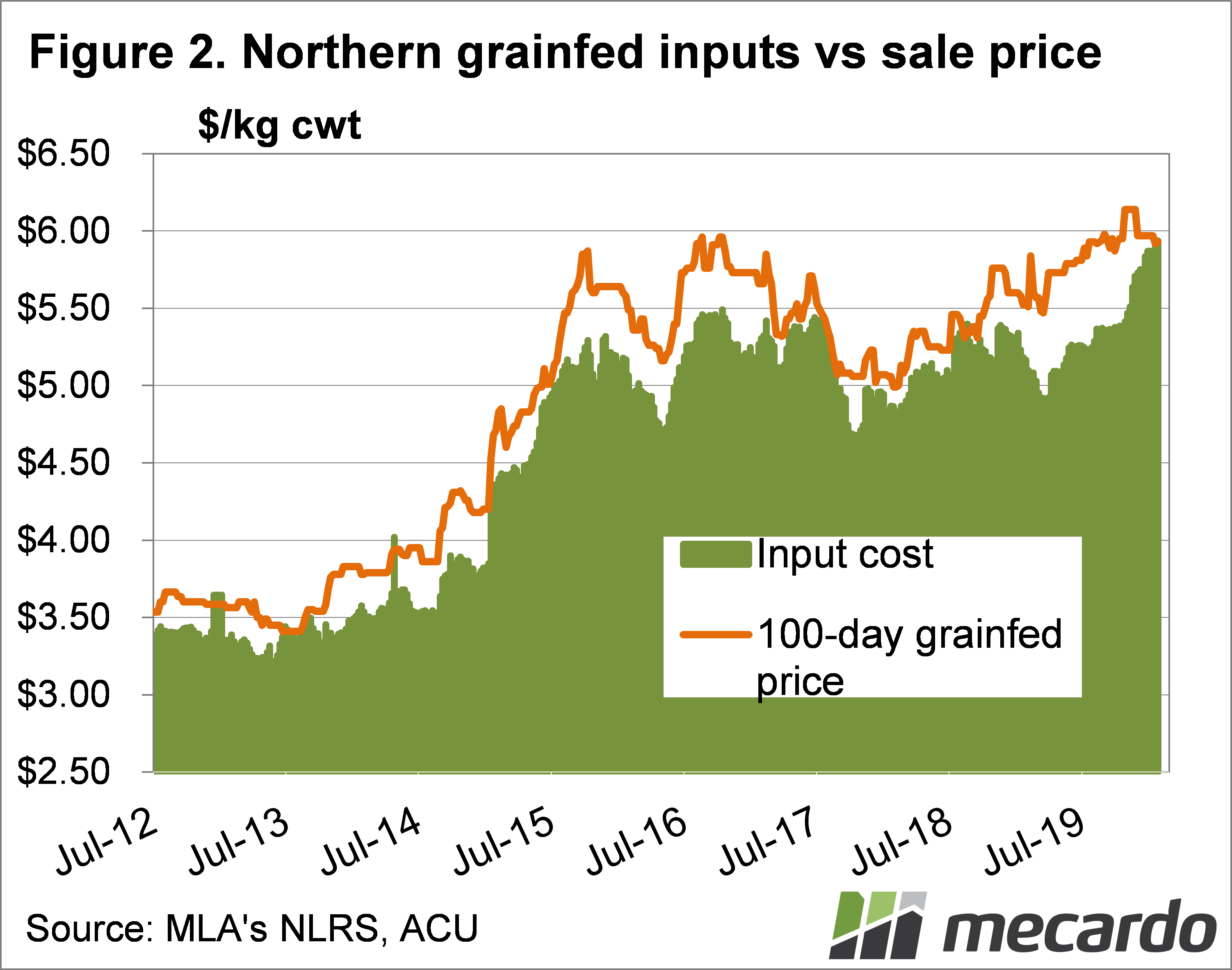