In contrast with recent weeks the wool market this week was remarkably steady. AWEX reported that over the previous ten selling days the market fluctuated a total of 561 cents, or 56 cents per day. This week the average EMI movement was just 4.5 cents over the 2 selling days. The cautionary note was that wool with poor tested results or lower style were erratic, with the majority of the passed-in wool coming from this sector.

There was generally falls across the board, however the 19.5 MPG in Melbourne, and the 17 MPG & finer in Sydney all found support and ended the week in positive territory.

Crossbred types were hit posting significant falls, with the 28 MPG losing a further 70 cents on top of last week’s fall.

Cardings were a mixed bag, Melbourne fell, Sydney was 30 cents dearer while Fremantle was steady.

This week on Mecardo we looked at Uruguayan wool production during the past two decades (view article here). The Uruguayan clip has slashed its production of mid-micron wool (22.6 to 29.5 micron), while at the same time it has boosted the supply of its finer micron categories by 134%.

Another large offering of 41,800 bales is rostered for next week with all centres selling on both Tuesday & Wednesday.

This week demonstrated that the market can operate in a steady manner, this will support and provide confidence to buyers and sellers. 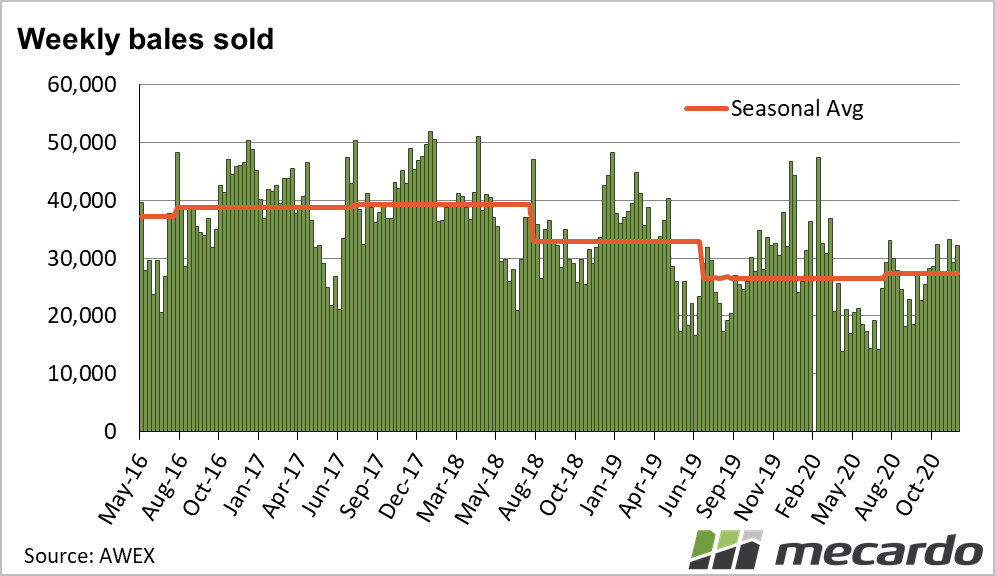