Steady projections but supply could be even tighter

Things have been largely going along as expected in terms of cattle supplies, and it means Meat & Livestock Australia (MLA) have made few changes in their October projections update. The cattle herd is expected to have bottomed this year, while tighter cattle supplies are yet to come.

With very low slaughter rates since the first quarter of the year, cattle supplies are on track to meet the 7 million head MLA forecast.  As such, MLA haven’t changed much in terms of slaughter and herd estimates in October.  Even going out three years, there was little change.

Combining slaughter and live export tell us how many cattle have exited the herd for the year.  The large fall in slaughter in 2020 sees total cattle removed at 7.8 million head.  Figure 1 shows that in 2018 and 2019 slaughter itself was higher than the total cattle offtake projected for 2021.

The much smaller herd, and herd rebuild, means cattle offtake cannot increase too quickly, and in figure 1 we can see offtake is expected to recover to 8.8 million head by 2023.

The fact the herd is becoming so small means that 30 year lows in slaughter and live export still see offtake as a proportion of the herd at levels which are historically around average.

Figure 3 shows that while we have historically seen herd growth when offtake has been above 31%, it has generally only been small increases in the herd.  Additionally, there have been plenty of years when the herd has shrunk with offtake between 30 and 32% of the herd.

Much depends on the season and marking rates, but it looks like supply could be even weaker than the extreme lows forecast by MLA.  This obviously supports prices in the short and medium term.  Maybe not at current records, but at historically strong levels. 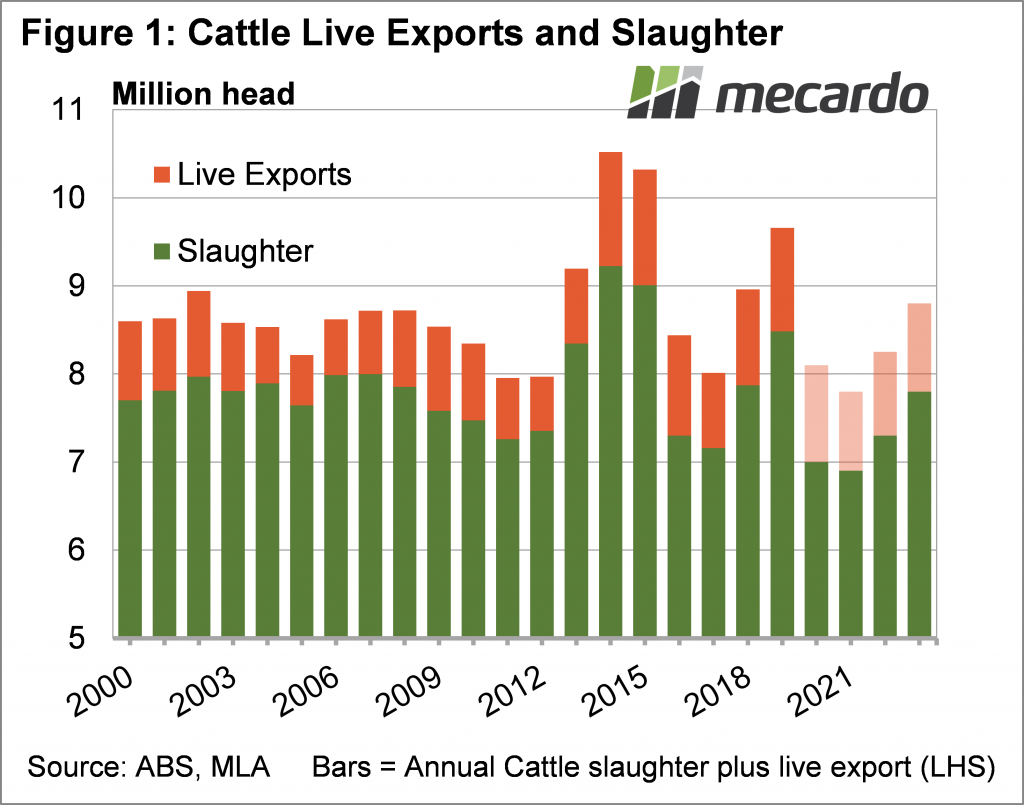